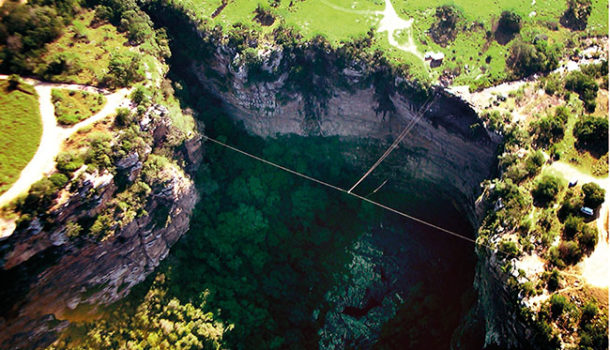 With some insider knowledge, Will Edgcumbe seeks out the more unusual inland charms of the KZN South Coast

Thanks in part to assorted relatives’ beach cottages, I’ve been heading down to the South Coast for close to 30 years, and although there may now be a few more buildings and better maintained roads, the area is just as charming, the beaches just as chilled and the vibe just as ‘small town’ as I’ve ever known it to be.

I’m reminded of this as I drive down the stretch of R61 between Southbroom and Port Edward, with its tiny communities hugging the shoreline, long (and mostly empty) beaches, and banana and macadamia plantations interspersed with thick clefts of coastal forest. And, despite the seasonal influxes of holidaymakers, nothing ever really seems to change – in the best possible way.

But something that’s always bothered me a little is that most visitors to the South Coast (myself included) only ever check out the sand and surf – which is understandable as there are seven Blue Flag beaches, and more that could be in the reckoning at some point – but there’s loads more to the area, especially if you head inland. So, I’ve decided to spend the weekend sampling a little bit of everything to get the full flavour of the region.

Mine is the only car there as I pull into the tiny Glenmore Beach parking area. This is one of my favourite spots on the South Coast – although not entirely for the beach and the good angling off the small rocky promontory. The footpath from Glenmore Beach, running south to Kidd’s Beach at Leisure Bay, is to my mind the most Zen place on the South Coast. The path winds for a little over one kilometre, so this is by no means a major expedition, but it usually takes me at least an hour to walk the distance, because there’s so much interesting stuff for you to check out (though ‘interesting’ is subjective – I’m a huge nerd for rock pools and dune vegetation).

The path follows along the top of an unbroken jumble of large boulders forming small bays, sets of contiguous rock pools and smaller beaches. The angling off the rocks is fantastic, with the waters just offshore being pretty deep, and the rock pools are home to some fascinating life – dwarf cushion starfish, crayfish, anemones and many seaweeds of staggering variety. Just to the south of the path that comes down from Angler’s Lane is the biggest rock pool on the stretch, separated from the sea by a large, oval rock that is known colloquially as Whale Rock. There’s a great little shelf you can sit on when the surf is big the waves break over the rock, and it’s like sitting underneath a massive, sputtering waterfall. Today, the sea is calm, so I settle for a quick snorkel in the rock pool instead. 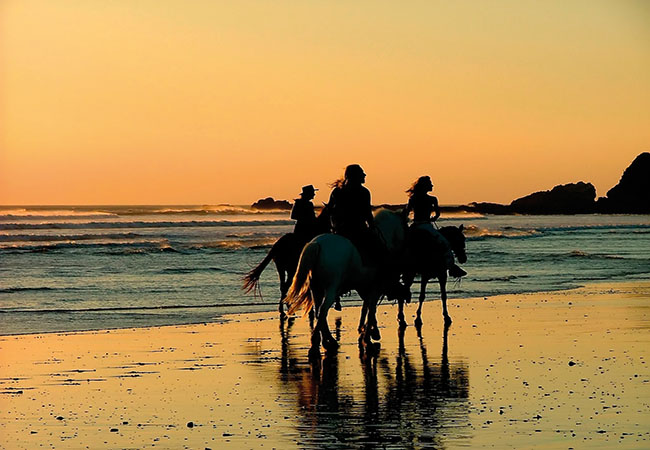 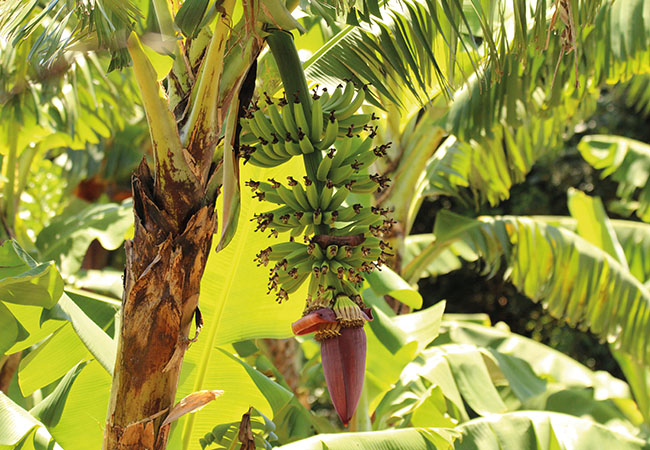 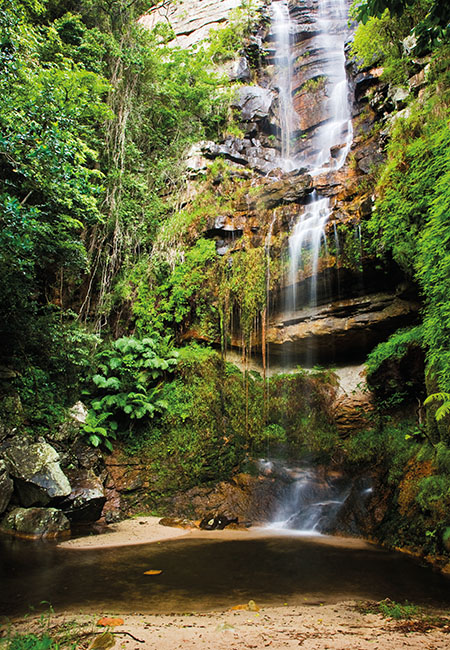 On the inland side of the path is a wide conservancy of thick grass- and marshland, and although poking around in rock pools is one of my things, I am usually better rewarded for keeping an eye inland. Today is no exception, as I spot a young bushbuck poke its head above the stalks; it melts away in the early morning light. The path ends at the bottom of a gigantic, forested dune overlooking Kidd’s Beach, and I have a welcome dip in the waves overlooked by the lifeguard hut. This stretch of beach is long and wide, and a favourite for locals and holidaymakers alike.

I’ve decided to get my time on the beach over before it gets too hot, and the swim and walk back to the car has me ravenous. It’s about a 15-minute drive to Beaver Creek Coffee Estate, which sits just a little inland of Port Edward and just off the road towards Umtamvuna Nature Reserve. It is a lovely bit of farmland, and the estate’s restaurant is redolent with the smell of roasted beans. I order a slap-up brunch and the bottomless coffee, allowing me to sample the estate reserve and a few of their blends. Really, really good coffee and a very slick operation – no surprise, considering they’ve been operating for 32 years and produce anywhere between six and 10 tons of coffee a year. That’s one hell of a buzz. I join up with the daily midday coffee tour, a 30- to 45- astral-minute amble around the estate that takes in the surprisingly involved procedure of processing beans, from picking them all the way through to roasting; the tour ends with yet more coffee drinking, which leaves me in a bit of a sweat.

It has been years since I’ve been to Oribi Gorge, which lies about 20 km inland from Port Shepstone on the N2 to Kokstad, and it’s time to make up for it. As I pay my R30 entry fee at the Ezemvelo KZN Wildlife reception, I wonder just where the gorge is, and realise that it’s perhaps so criminally under-visited because it’s only really visible once you drive into it – or once you’re 10 km past it on the N2 and can see it in the rear view mirror.

The gorge is beautiful. The narrow road snakes its way down the side, the tight bends alternately revealing and hiding the view of craggy cliffs on the other side, with the Mzimkhulwana River glistening below. At a number of points along the descent, there are signs indicating the beginnings of footpaths leading through dense forest to various view sites and waterfalls. On the valley floor, there are picnic sites next to the river, where some boulder-hopping is in order in between using my binoculars to see if I can spot some of the resident Cape vultures (alas, not today).

After a trundle down some of the trails, I head further along the N2 past Harding before I arrive at Ingeli Forest Resort, the place I’ll be calling home for the night. Set back from the road and surrounded by a mix of plantations and natural forest, Ingeli is a magnet for hikers and mountain bikers, with a number of challenging trails cutting through the woodland. I decide to turn in early and get up at the crack of dawn, so I can explore the Weza-Ngele Forest; after all, this amounts to simply a five-minute stroll from the front door of my chalet.

This lovely pocket of Afromontane is packed with ancient ash, stinkwood and yellowwood trees, and before I’m even into the forest proper, I’m already getting yelled at by a troop of baboons. My big goal for the morning is to get a glimpse of the endangered Cape parrot. About 30 minutes into the forest, I can hear their tell-tale screeching overhead and go crashing gracelessly in their direction, but the sound quickly fades and I’m left forlornly holding my binocs.

I take a minute to catch my breath and rest against a massive stinkwood. All is not lost, I think. Now I have a great reason to come back.

All the places covered are easy to find and can be reached in a sedan. Really, the best thing you can do here is give yourself as much time as possible to explore each place – the rewards are so much greater. 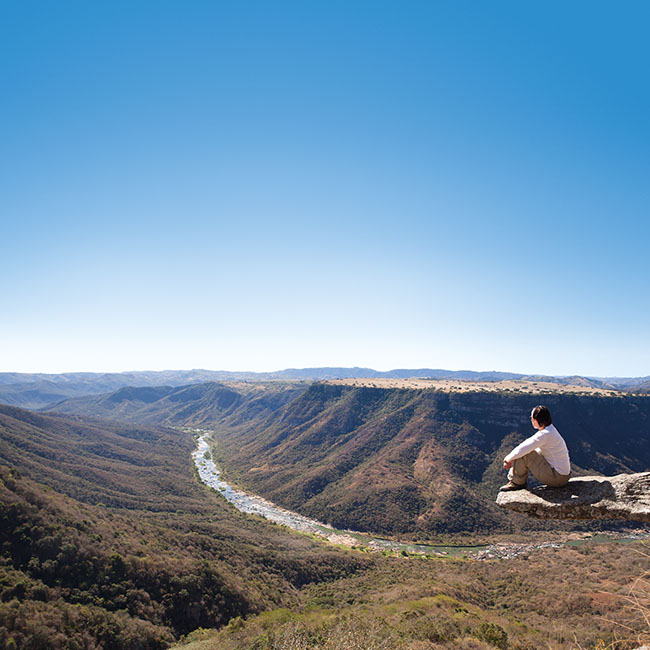 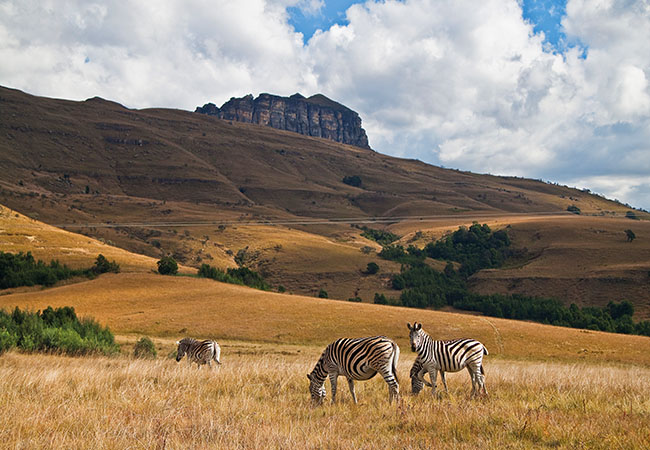 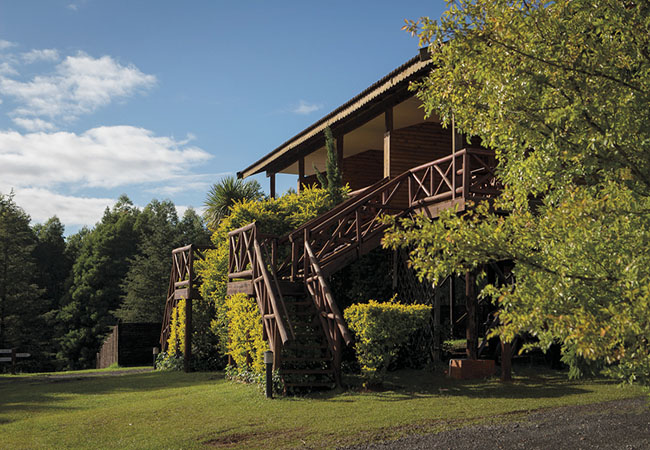