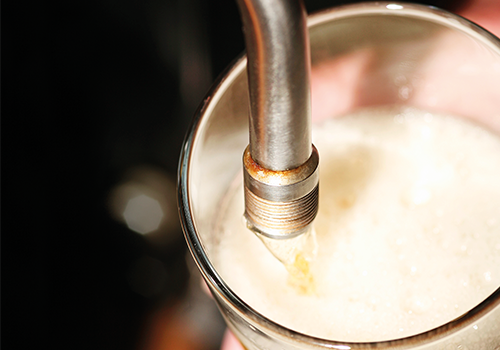 Artisanal beer producers are bubbling up across South Africa. Peter Frost tracks down some of the best

Beer, as Julius Caesar is said to have noted when he arrived in Britain, is ‘a high and mighty liquor’, but also the drink of the people. Once brewed on a domestic scale, it was one of the many items to become mass-produced during the Industrial Revolution (aided by the invention of preservatives that gave it a shelf life beyond a few days). Now, the pendulum is swinging back. Beer is once again being produced in smaller quantities, free of additives, and consumed on-site. And, with the rise of all things slow, artisanal microbrewed beer has become a tourist attraction.

With the sudden explosion of options, you wouldn’t be blamed for thinking craft brewing has taken over the market in South Africa. Consider this though: South African Breweries manufactures 3.1 billion litres of beer every year, accounting for more than 90% of the country’s consumption. Independent breweries (combined with foreign imports) make up just the remaining fraction. However, it seems they’re here to stay. And – even without additives and preservatives – there’s plenty of time to change that statistic. Why not help by visiting one of these fine establishments?

Brauhaus am Damm near Rustenberg is a reminder that independent breweries needn’t be small to be artisanal. There’s nothing micro about this German operation. Instead, it is a serious business combining good food and very good beer in a space that is both comfortingly rural and clinically Teutonic – or so the hosts suggest. Truth be told, it’s hardly rustic, feeding the ravenous Gauteng appetite for decent fare and getting extremely busy on high days and holidays. The Olifantsnek backdrop reminds you this isn’t Bavaria, but the sauerbraten (beef pot roast) and the Reinheitsgebot way of brewing (using only water, barley malt and hops) will have you cheering the World Cup winners and booking tickets to Oktoberfest.
Best beer The Brauhaus Dunkel is a dark and heavy bitter, laden with caramel and coffee flavours.
087 802 5519, www.brauhaus.co.za

As popular as Brauhaus is Mitchell’s. The Knysna-based brewery is the oldest and best-established independent brand in South Africa. Yet, for all that, it’s not exactly set up for the public, located as it is in the industrial area of town among packing sheds and transport companies. Still, it offers visitors an interesting tour of the brewing process and a decent little bar, heaving with the company’s products, including Forester’s Lager, Raven Stout and 90 Shilling Ale.
Best beer A meal in itself, Bosun’s bitter has understandably been popular for years.
044 382 4685, www.mitchellsbrewing.com

Making up the big three of local breweries is Darling Brew, based in the small West Coast town famous for Pieter-Dirk Uys’s Evita se Perron theatre. You will find the taproom, called the Slow Quarter, on Main Road. It’s a very contemporary space that echoes the trendy nature of the business. Clever marketing and distribution are key to Darling’s great success – its range of beers is available across Cape Town and Johannesburg, and now even in Durban, despite the challenges of transporting the additive-free product over long distances in variable temperatures.
Best beer Bone Crusher, with its orange- blossom undertones, is not for everyone, but it’s lauded by its followers.
022 492 3798, www.darlingbrew.co.za

The Brewery and Two Goats Deli is in Nieu-Bethesda near Graaff-Reinet in the Eastern Cape. If Darling has Pieter-Dirk Uys, this tiny village has Helen Martins and The Owl House. And, thanks to the weirdly inspirational work of the woman who obsessively turned her home into a concrete-and-glass piece of art, the dorp punches well above its tourism weight – the Owl House is now a museum that attracts thousands of visitors every year. Tapping into the trade is André Cilliers with his very rustic, utterly wonderful spot on Pienaar Street. At Two Goats, he concentrates on ales, which you can drink under the pear trees out the back. While you’re there, pick up some of the freshly roasted coffee and home-made goat’s cheese too.
Best beer The Karoo Ale is light but punchy, with a lovely aftertaste.
049 841 1602, www.thebrewery.wozaonline.co.za

Another hidden brewery (well and truly away from it all) is Saggy Stone Brewing Company, wedged into the Agtervink kloof between Robertson and Worcester. Jackie and Adrian Robinson’s friendly little spot contains a stone-built pub and restaurant with a view of the steep-sided gorge and babbling Agtervink River. Kick back on the lawn, order from the menu of slow food, wander down the kloof and while away an entire day. But be warned: phone ahead to get directions, it’s not easy to find.
Best beer Sample the California Steam draught. The crystal-clear water from the nearby stream really makes a difference.
083 453 3526, www.saggystone.co.za

Like Robertson and Nieu-Bethesda, KwaZulu-Natal’s best craft-beer spot is off the beaten track. In this case, The Nottingham Road Brewing Company is in the Midlands, near the hamlet of Nottingham Road. Affectionately known by everyone as Notties, it serves up a selection consisting of ale, lager, pilsner and porter at its home base, Rawdons Hotel & Estate. As the go-to brewer in the area, it also delivers to a host of outlets along the Midlands Meander with its trademark Pig Rig truck. This is an institution, deservedly so, and an essential stop-off on any Midlands tour.
Best beer The brewery’s bestseller is the Pye-Eyed Possum Pilsner. It’s strong, full-bodied and comes with the warning ‘slowly, slowly’.
033 266 6728, www.nottsbrewery.co.za

Let’s not forget the urban brewers: Gallows Hill in Cape Town and MadMead in Soweto are two of the best. And, in Port Elizabeth, fuelling the regeneration of the inner-city area, is the Bridge Street Brewery. An ex-brick-making factory set in the strange no-man’s-land between the bustle of town and the beaches of Summerstrand, along the Bakens River, has been transformed into a funky community with the Brewery at its heart. Lex Mitchell of Mitchell’s in Knysna is the man behind the place. The large, double-volume bar area serves as a venue for live music. The brewery’s own brands are stocked, plus a host of South Africa’s best beers.
Best beer The Celtic Cross Premium Pilsner is hugely popular – pale, strong and delicious.
041 581 0361, www.bridgestreet.co.za

Up the coast from Port Elizabeth is another gem waiting to be discovered. East London tends to be overlooked, but Emerald Vale Brewing Company, north of the city, near the village of Chintsa, is a good reason to remedy this. The success of the four beers made there has prompted the creation of a tour and a simple limited-menu eatery. Booking is necessary, but the atmosphere is informal and quick stop-offs often turn into day trips…
Best beer The Amber Ale is dark and very smooth with a hint of toffee.
073 078 9688, www.emeraldvalebrewery.co.za

The first beer was probably brewed by accident. Yeast is an airborne fungus that can react with sugars in harvested cereal. In Iran 7 000 years ago, the first formal agriculturalists would probably have noticed that something strange was happening in their grain stores. The reshst ish hishtory…

What are ‘craft’ breweries?

This is the trendy, modern term for those small, independently run establishments that brew their beer in a more traditional way, using methods that value flavour and quality over quantity. Innovation is also encouraged.

Drink the best,  at home

Join The League of Beers and have craft beer delivered right to your door. Order your favourite local or international brew or sign up for the Beer of the Month Club and choose to receive a mixed case.

Check out Craft Bru for a comprehensive listing of microbreweries across South Africa and plenty of beer-related news. 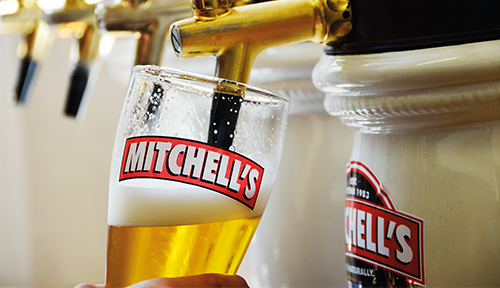 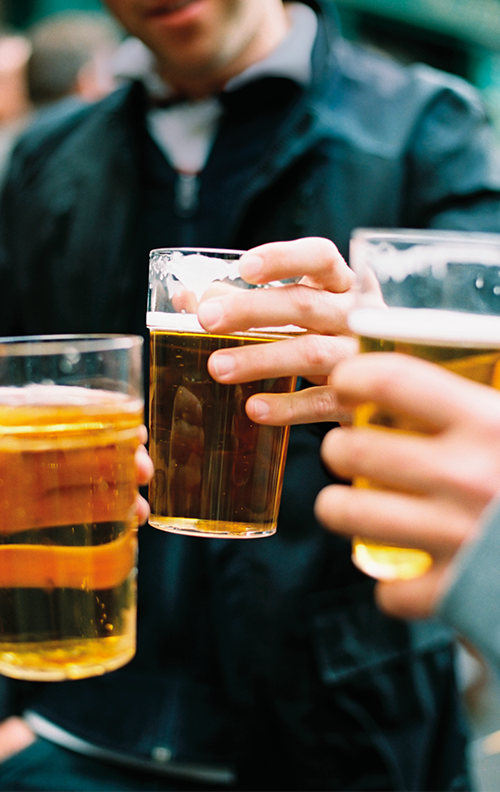 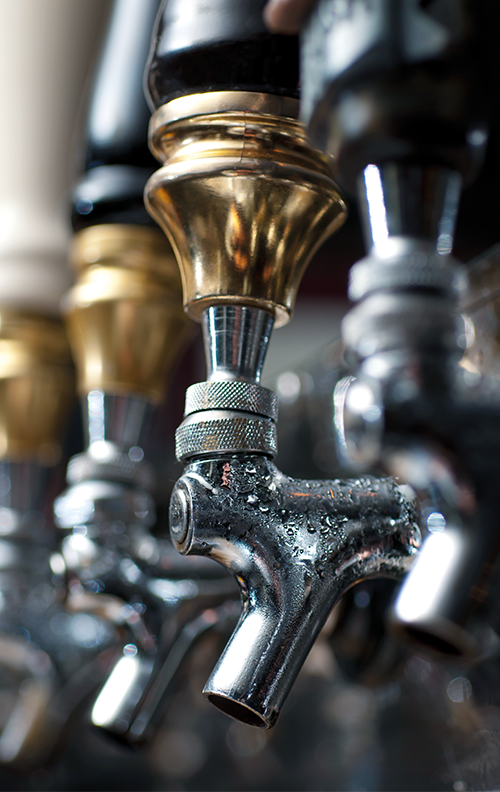 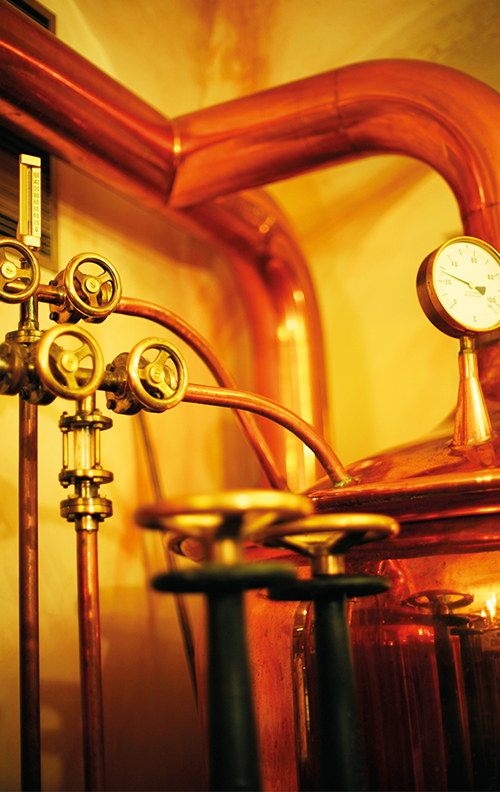