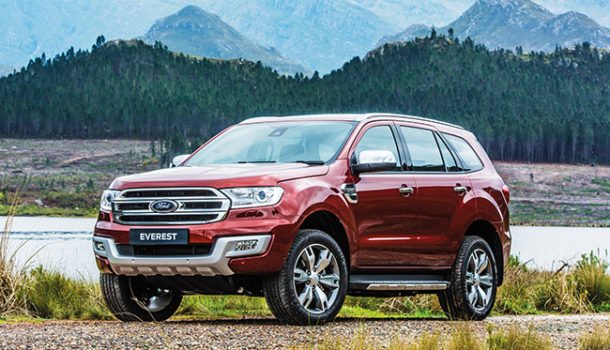 First launched in South Africa six years ago, the original Ford Everest was unfashionably utilitarian for its segment, with leaf-sprung suspension at the rear, a limited-slip diff (not a diff-lock), and meagre cabin luxuries. The latest Everest, however, is an all-new vehicle that raises the specs bar in the mid-sized SUV sector.

Boasting a body-on-frame chassis, Ford claims their new Everest to be one of the most off-road-capable SUVs in its class. It boasts 225 mm ground clearance, a water-wading depth of 800 mm and an advanced new Terrain Management System that offers the driver the choice of four settings: Normal, Snow/Gravel/Grass, Sand and Rock. Each mode subtly changes the vehicle’s throttle response, traction-control system, intelligent four-wheel-drive system and transmission.

For now, the Everest is available in two models, starting with the 147 kW 3.2 TDCi XLT 4×4 auto. The other one is the flagship Limited model, which gains an extensive collection of additional premium features. Pricing starts at R593 900 for the hot XLT model, and caps out at R646 900 for the Limited. 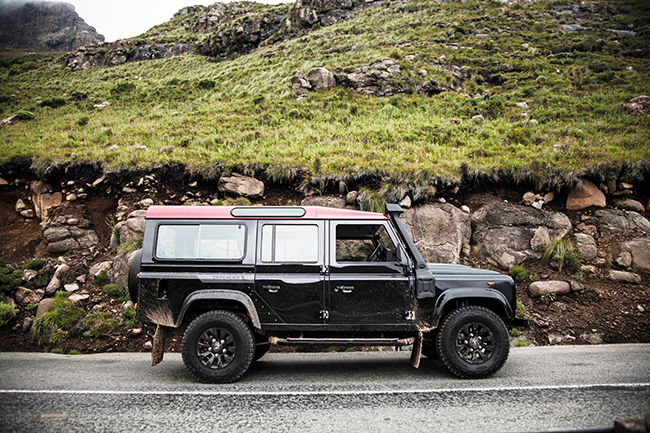 The world’s most iconic off-road vehicle has just received a striking transformation, in the form of the Africa Edition. Due off the market soon – at least in its current guise – the Defender has been making tracks, literally, in some of the harshest terrain for nearly 70 years.

Remaining under the bonnet is the tough-as-nails 2.2l, 90 kW / 360 Nm turbodiesel, rugged enough to handle several grades of diesel – invaluable when travelling through Africa.

Only 50 Africa Edition vehicles are available, 30 of which are longer wheelbase 110 station wagons, and the remainder the terrier-like 90” models. All also carry the ‘Defender Africa’ logo on the sides and rear – not that you’ll need to see that to notice this bold off-roader. 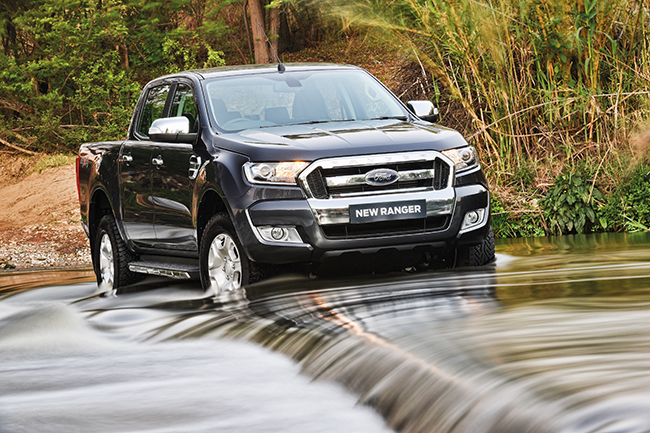 Its predecessor set sales records, not to mention the yardstick for highly capable and fantastic-looking bakkies, and the latest release is sure to continue the trend. The refreshed line-up boasts 33 models, spanning single-, super-, double-cab and Wildtrak derivatives.

The exterior has been bolstered, ensuring a more fearless and capable demeanour, and the latest-generation Duratorq TDCi engines mean that it is quieter and more fuel efficient – something we all love to hear.

Like its SUV brother the Everest, the Ranger has a class-leading wading depth of 800 mm, which, along with the 25° departure and 28° approach angles, makes this one a formidable off-road contender.

An impressive arsenal of driver-assist technologies, including traction control, hill launch assist, adaptive load control and trailer sway control, among others, make this new Ford bakkie safer and easier to drive than ever before.

All models have comprehensive warranty and service plans, and all 4×4s sold include a free off-road training course.

Prices were correct at the time of going to print