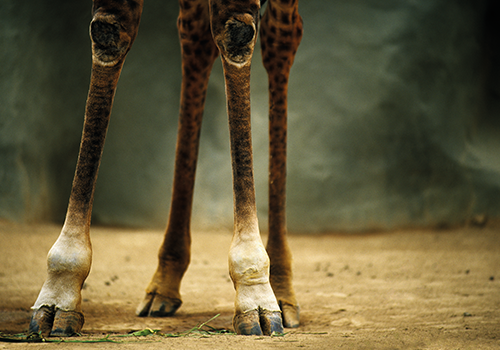 Big-city residents have a big-five game reserve right on their doorsteps in Dinokeng. This little reserve has a lot to offer, writes Fiona Hamed

I am on a tarred road behind a truck transporting chickens. It’s an everyday sort of experience, except for the fact that a giraffe has just strolled out of the bushes and loped sedately in front of the cars. Then some blesboks show up and pronk alongside us for a minute or so, forcing vehicles to slow to a crawl.

This is Dinokeng Game Reserve, which isn’t your ordinary reserve. For one thing, the road I’m on is used as a quick access route between the towns of Hammanskraal and Rust de Winter (visitors’ first hour in the reserve is free, so locals don’t have to pay for the 15-minute drive). Dinokeng is part of the urban infrastructure, adjacent to the N1 highway and flanked by Kekana Gardens and Steve Bikoville – communities that largely rely on it for their socio-economic well-being. There are even schools inside the reserve, there long before the area was fenced in and wildlife was introduced (meaning walking to school has had to be replaced by bus and taxi services).

Back in 1995, Gauteng’s then-premier, Tokyo Sexwale, looked at the catchment areas of the Elands and Pienaars rivers and dreamt of a tourist destination that would boost Gauteng’s economy. And so the idea of Dinokeng, the Place of Rivers, was born. Selling the concept to Northern Gauteng’s landowners proved tricky, but negotiations bore fruit and Dinokeng eventually became the first free-roaming big-five residential game reserve in Gauteng – and perhaps the world – next to an urbanised area.

It’s this unique situation that lends Dinokeng much of its extraordinary charm. When you’re out viewing game, you’re just as likely to see vervet monkeys playing in a pecan grove as you are to spot elephants in the dense trees beside the Pienaars River. The area previously consisted of dozens of working farms, some of which declined to be merged into the new reserve and today keep their chickens and sheep behind electric fences while wild animals roam beyond their borders. Driving along the main thoroughfare, you may be surprised to see a working flour mill going about its daily business. Community members sell fruit and veggies in a fenced-off enclosure, with horses grazing nearby.

As of yet, there are no self-drive routes in the reserve (this may change towards the end of the year, however) and visitors won’t find fast-food outlets and amenities to cater to every whim. What they will find is about 30 lodges offering accommodation ranging from camping and caravanning sites to luxury suites, each inviting you to ditch your  city persona and refresh yourself in the bush. It’s not for nothing that Dinokeng is Gauteng’s best-kept secret.

Although it was marketed as one from the start, Dinokeng only actually became a big-five destination in August 2012, with the release of buffaloes into the area. This has drawn more visitors, but the numbers could still be higher. Oddly enough, Gauteng residents seem to be, for the most part, unaware of this jam-packed natural showroom in their own backyards. Instead, the reserve welcomes a steady influx of foreign tourists (British accents abound).

On the other hand, I’ve spent so much time in Dinokeng it feels like a second home. I often pop in at Tamboti Bush Lodge on a Sunday – for tea and cake and to chat to owner Derrick Cochran about which birds are building nests in his indigenous trees. He updates me on the white jackals that have a den on his property. Or I’ll book a morning game drive with the bubbly Polish field guide Klaudia Roest, who married a South African and says she wakes up every morning in the best place in the world. The last time I accompanied her, we managed to see lions, buffaloes, rhinos and elephants within a couple of hours – no mean feat in any reserve.

For restless city dwellers, Dinokeng is a balm – 18 500 ha of bushveld where one need do nothing but rest, eat and sleep at the venue of one’s choice. You can opt for four-star pampering and a spa treatment one weekend, and pack your tent for a camping trip the next. Because every lodge offers something different by way of accommodation and activities, it’s best to call the information office and find out what you can expect. For example, Mongena Lodge organises guided bush walks and catch-and-release fishing, while Kwalata (a community- development initiative) runs shebeen and cultural tours.

It’s nice to know day trips are well within reach of Gauteng residents – the reserve is just an hour-and-a-half away from Johannesburg. Many lodges offer four game drives a day, so get up early and you’ll be in the heart of the bush by 6 am.

‘This is the first time that I’ve been here,’ a Jozi resident told me as we waited for a drive. ‘I really had no idea how amazing it was. I mean, it feels just like being in the middle of Kruger. And it’s so close to home!’

Don’t feel like such an early start? Book a table at one of the reserve’s restaurants and pop by for lunch or tea in the wild. I took some guests from overseas to Mongena Game Lodge’s Kingfisher Restaurant, which overlooks a private dam. We enjoyed a leisurely meal of dorado and calamari, then kicked back until it was time for our sunset cruise. We returned to the city feeling as if we had been much further afield.

That’s the beauty of Dinokeng. One moment you’re on the highway, wishing you were far away from civilisation, and the next you’re deep in the bush, watching as the sun slowly sinks behind the trees and listening to jackals barking as darkness takes hold. Forget the big, shiny shopping centres and skyscrapers – this is easily the most unique destination in Gauteng.

Five minutes away from Dinokeng’s Tau Gate is the aptly named Freedom Walls, a tea garden and art gallery built by missionary and artist Jeanne Silver. After living in Steve Bikoville for years, struggling along with her neighbours to make do without electricity or running water, she decided to establish Freedom Walls to help uplift the community.

The centre now sees a steady stream of tourists dropping by. To find out more, call Paulus Baloyi on 076 365 6391.

Dinokeng Game Reserve also offers support to a number of other initiatives run by the local community.

Although most visitors are big-five crazy, the reserve is a drawcard for other reasons too. The white jackals of Tamboti Bush Lodge have achieved somewhat legendary status in recent years. These rare animals – white due to a recessive gene, like the white lions of Timbavati (they are not albinos) – have a den within striking distance of the lodge and are often spotted on night drives.

Dinokeng is also a twitcher’s paradise. After St Lucia in northern KwaZulu-Natal, it is the region in South Africa with the highest diversity of bird species. Plus, it has attracted researchers such as Dr Xavier Glaudas, who is studying puff-adder reproduction under the auspices of the National Geographic Society.

Xombana’s Klein Sambane is great for camping or caravanning. The well-maintained site can accommodate 10 caravans or tents (preferably family and friends, for comfort). Other lovely spots are the comfortable chalets at Mongena Game Lodge and the safari tent in the trees at Tamboti Bush Lodge.

However, you’re spoilt for choice in Dinokeng, with many more options. To find the right one for you, contact the information office.

Kingfisher Restaurant at Mongena Game Lodge, for great food with a view.

Xombana Restaurant at Xombana (closed on Mondays), for rustic Sunday lunches under the lapa. 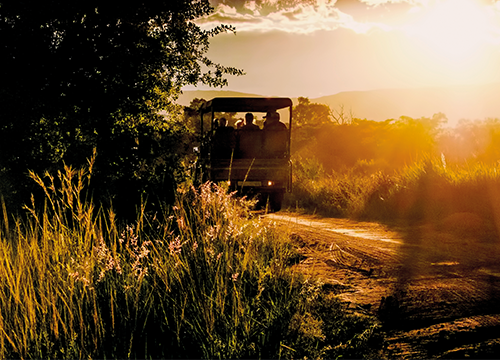 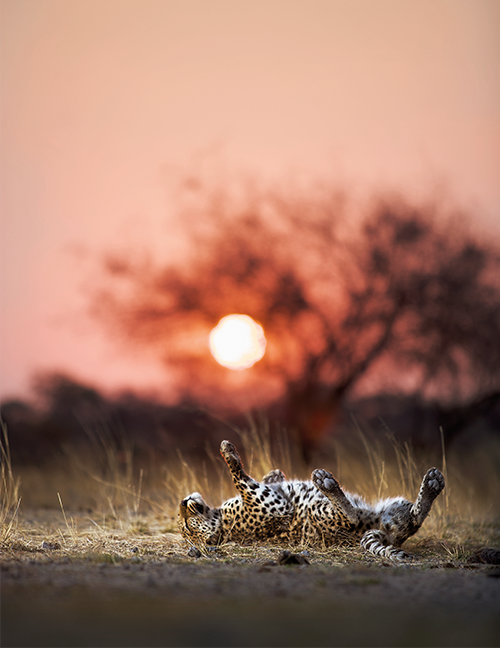 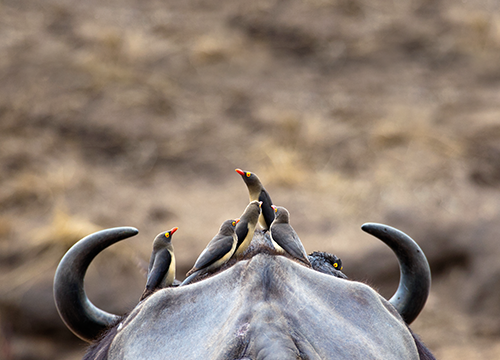 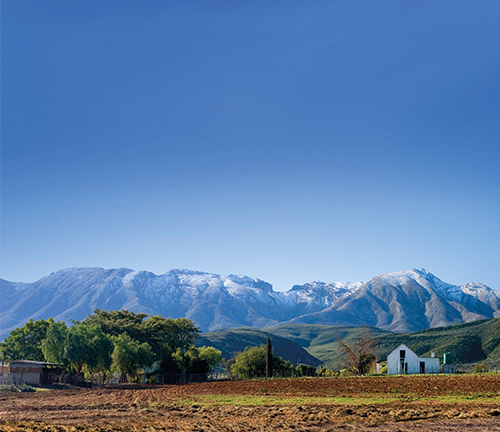