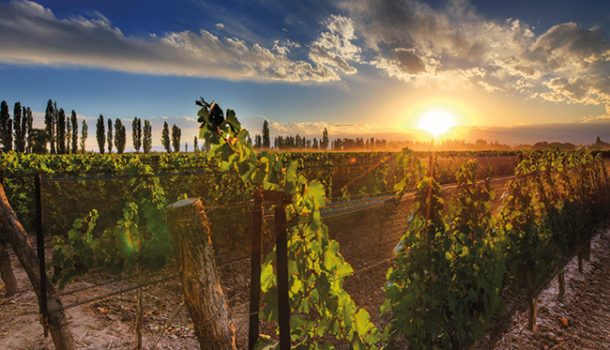 What would you do if you had just two days in one of the world’s great wine capitals? Alison Westwood stumbled upon the ideal itinerary in Argentina

It was a midsummer morning in Luján de Cuyo, and the sun was already drawing out scents of warm grass, but it was cool beneath the avenue of tall trees where I waited for my bus. The Mendoza Wine Camp minibus pulled up right on time, and, as we zipped past vast vineyards and over dry river-beds, Adam Stern, our lively American guide, introduced us to Mendoza’s winemaking history.

Although the Spanish founded the city in 1561, its wine industry only took off 300 years later, when a railway to Buenos Aires was built. In 30 years, the areas’s wine production exploded, overtaking Chile’s and making it the fifth largest wine region in the world. Still, although massive quantities were produced, most of it was sold as cheap table wine.

Two key ingredients were responsible for changing this: a neglected Bordeaux variety called Malbec, and an economist called Nicolás Catena Zapata. Ignoring conventional wisdom, as well as other winemakers (who took to calling him ‘completamente loco’), Catena planted Malbec at high altitudes in poor soils where, amazingly, it flourished as it did nowhere else on Earth. By 2001, Catena’s wine was beating some of Europe and the US’s best in blind tastings.

Those sceptical winemakers took note, and now Mendoza boasts some of the highest altitude vineyards in the world, growing highly desirable wines.

Vino tourism in Argentina, also, has blossomed as spectacularly, and there are hundreds of wineries offering top-flight tastings and tours. With such an overwhelming array of options, and an underwhelming grasp of Spanish, it was a relief to have an English-speaking expert to guide me.

Our tour started at Pulenta, a family estate with a broad portfolio of quality wines. On arrival, we were each handed a glass of crisp, floral Torrontés – a white Argentine varietal. I sipped it, staring at lines of green vines stretching up to the snow-capped wall of the Andes, and listened as Adam explained how the Spanish had adapted the native Huarpe irrigation canals to grow grapes using glacier water. I carried on drinking in the scenery from the terrace, where a table was set with snowy linen and an avalanche of glasses.

Before we tasted, we were tested. With our eyes shut, we sniffed glasses containing butter, apple, chocolate and other aromatic items. The coffee and tobacco were easy to identify, but grass and rose petals required somewhat more concentration. Although it seemed like a game, priming our noses in this way noticeably improved our ability to smell and taste the unexpected flavours in the wines we tasted next.

Our second stop was Norton, by now probably Argentina’s most recognised wine brand internationally, where we played another game. Teams of two were given wines straight from the tanks, empty bottles, measuring beakers, coloured pencils and blank labels. Once we had blended and labelled our wines, Norton’s sommelier judged our work, presenting prizes for the winning wine and design.

After a tour of Norton’s state-of-the-art cellars, we headed to Ruca Malen for a fabulous five-course tasting lunch, each dish perfectly paired with one of the estate’s wines. So much good food and wine had me yawning, although the antics of the winemaker at Cepas Elegidas made me gape in amazement. With his long hair and baggy clothes, Brennan Firth could be mistaken for a surfer, but, as he clambered over his oak barrels like an eager squirrel, tapping them to let us taste wines in progress, his true passion was unmistakable. I couldn’t resist buying a bottle – and drinking it that evening.

Next day, one of my foodie friends, Meg de Jong, joined me for an excursion aimed at the experts. Sommelier Julian Dlouhy fetched us in a chauffeur-driven sedan and whisked us away to essentially whichever wineries we wanted. Since I was interested in Malbec – which is also Julian’s speciality – we started at Alta Vista, a historic 19th century bodega in Chacras de Coria. A quick cellar tour acquainted us with the local tradition of using concrete wine tanks. Coated with resin so that no chemicals contaminate the wine, the thick concrete keeps it at a constant temperature.

Alta Vista’s Malbecs are consistently rated among Argentina’s best, and their flagship 2010 Alto blend was awarded 95 points by Wine Spectator (roughly equivalent to five stars from Platter’s). Alto isn’t usually available for tasting, but, thanks to Julian, we were able to sample this divine Malbec/Cabernet with heady flavours of plum and cassis. 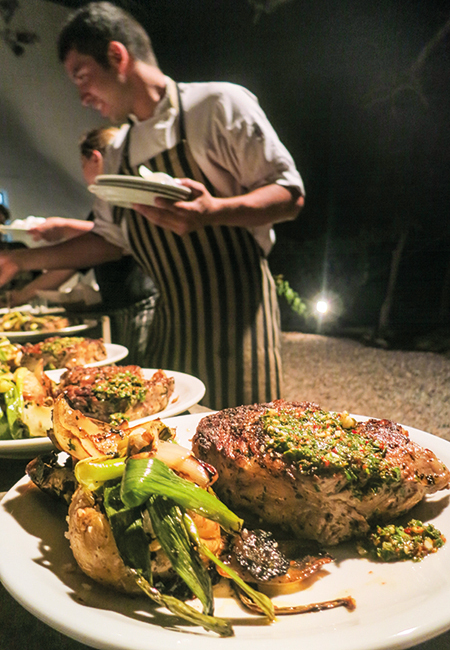 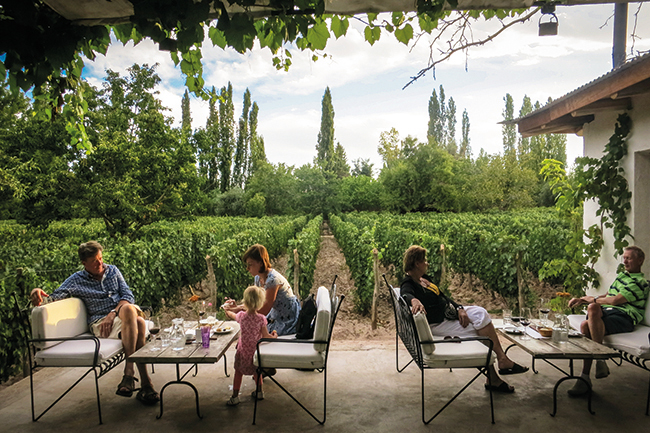 Next, we joined a small group tasting at Achaval Ferrer, a boutique winery specialising in particularly high quality Malbecs and blends. The estate’s Finca Altamira Malbec was awarded 99 points by leading US wine critic Robert Parker – his highest rating for an Argentinian wine. Although that wasn’t on the table on the day, we did get to sample their irresistible dessert wine produced from partially dried Malbec grapes.

The last stop on the tour, at Belasco de Baquedano, finished in an aroma-torium, where 46 smells associated with wine are exhibited in an extraordinary museum for the nose. Lunch in their restaurant – overlooking the Andes –rounded off our gourmet grand tour. Naturally, a different wine from the estate accompanied each course, starting with their Rosa de Argentina Malbec rosé, bursting with ripe cherries, and culminating with their smoky, purple-black flagship Swinto (Crow) Malbec.

Fortunately, there was time for a little siesta before we set off for Finca Adalgisa and the grand finale of my Mendoza mission: an Argentine cooking course with renowned local chef Cristina Brino. Class was held under the stars and the boughs of a walnut tree. We quaffed the free-flowing Malbec and watched as Cristina demonstrated how to prepare crispy empanadas, luscious rib-eye steak with tangy chimichurri, and caramelised fruit – all using open coals and a wood-fired clay oven.

Once I’d gobbled my first empanada, I was determined to try them at home. This wouldn’t be a problem, as Cristina had taken care to use only ingredients available anywhere, and we were each given a folder with the recipes.

The following day found me waiting for another bus, this time all the way back to Buenos Aires. I wished I could stay longer: learn more, explore more, eat and drink more! But, I had to agree with the Mendocian winemakers’ new approach. Given the choice between quantity and quality, I’d pick those two top-class days every time. 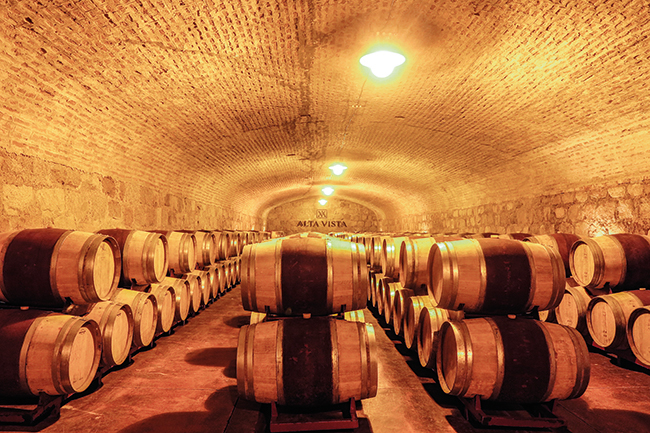 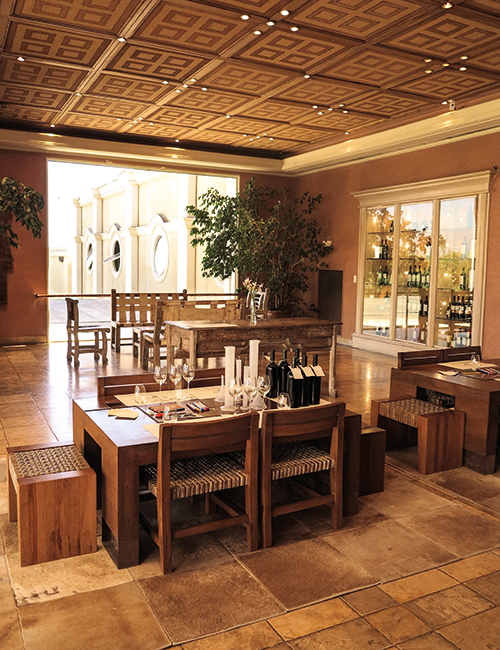 South Africans don’t need visas for visits to Argentina of up to 90 days.

Mendoza city, the capital of Mendoza Province, is 1 000 km west of Buenos Aires and 350 km east of Santiago, Chile. It is best to book your flights from South Africa to one of these cities and then fly on into Plumerillo International Airport in Mendoza. Alternatively, if time is not an issue, you can also catch a comfortable long-distance bus (with super-cama class).

Mendoza is a good year-round destination. The Fiesta National de la Vendimia (harvest festival) is at the beginning of March.

For fun-lovers: Mendoza Wine Camp. The full-day hands-on tour of Luján de Cuyo, including all tastings and lunch, comes to $165 if you book online.
www.mendozawinecamp.com

For connoisseurs: Malbec Symphony. Julian and his knowledgeable staff will tailor-make a tour based on your personal wine preferences.
www.malbecsymphony.com

For foodies: Finca Adalgisa cooking class. The course takes about two-and-a-half hours and will cost you $130, which includes a complimentary apron and unlimited wine.
www.cristinabrino.com.ar 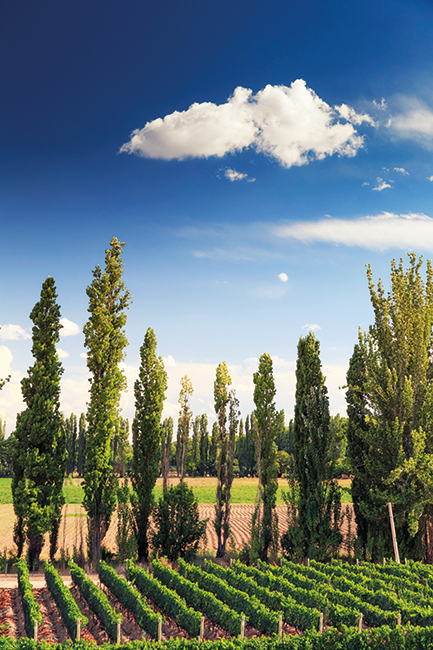 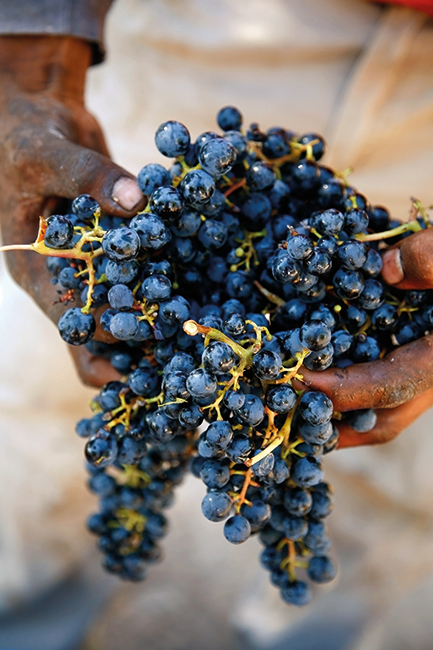 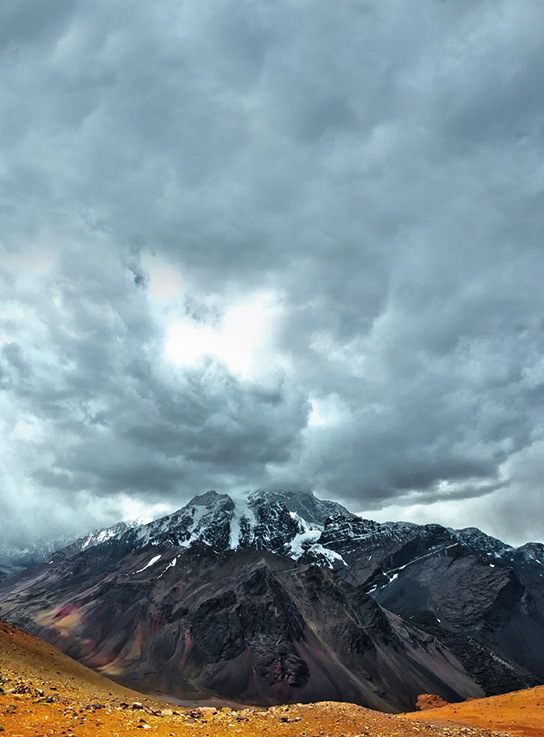