Move it, move it

Move it, move it 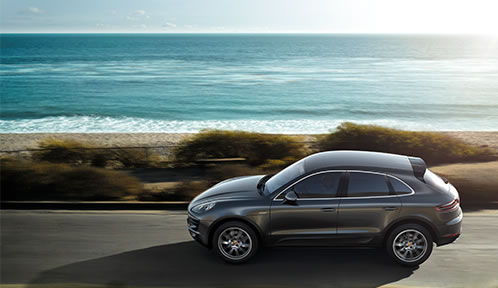 People carriers have come on in leaps and bounds since the days of the iconic Volksie Bus. Peter Frost tracks the changing face of the sector and the best new examples

Is it possible to move a whole family and still have fun at the wheel? Those car manufacturers marketing people movers would definitely like us to believe the answer is ‘yes’. (Although it might have helped if they’d come up with a catchier name for the category.)

Certainly, the latest generation of people movers are a stylish bunch, with the shift away from producing ugly-but-capable vehicles towards attempting to make family wagons good-looking as well as convenient. Notable too is the trend of morphing different types of vehicles into people movers: stretching sedans, adding seats to coupés and even bulking up sports cars. Sex may sell; but family, it seems, sells big time.

‘The current trend of sexing up family vehicles can be traced to the Middle East,’ states motoring analyst James Clayton. ‘Contemporary Arab nations enjoy large families and have the disposable income to afford big, prestigious vehicles. On top of that, they demand attractive vehicles. Manufacturers saw a gap in the market, and so was born the concept of not only the sports-SUV, for example the Porsche Cayenne, but the family sports car too.’

Broader in definition, as well as appeal, people movers now compete across the motoring spectrum, offering ever more choices to families looking for a vehicle.

This new and very exciting segment is stealing a great deal of attention (and sales) from others, proving downscaling doesn’t necessarily mean a lack of space or utility. Driving the trend is Ford’s audacious little EcoSport, a Fiesta on steroids that is both excellent to drive and supremely spacious. Pick of the available engines is the 1.5l diesel, but the astonishingly capable little three-cylinder 1.0l petrol version will surprise the socks off naysayers.

Equally effective is the new Renault Duster. A proper off-road vehicle and spacious people mover, it is compact, excellent to drive and good value. Again, the 1.5l dCI engine is the best of the bunch, the same unit used in the much more expensive Mercedes-Benz A-Class.

Brand new and playing ball with the Duster and the EcoSport is the Peugeot 2008, as sexy a mini people mover as it is possible to get. This good-looker will use the 208’s existing engines but feature beefed-up suspension systems for its dirt-road ability.

Finally, two left-fielders vie for our attention. The dreadfully named Fiat Qubo is small on the outside but huge inside and great value, at just less than R200 000 for the entry-level 1.4l petrol version. More intriguing still is the quite wonderful little Nissan NV200, which won many hearts on test. Available in Combi and Panel Van variants, it has the sit-up-and-beg driving position and excellent utility (including dual sliding doors) of its namesake. And it’s fun too. That 1.5l diesel engine is a pleasure – responsive, eager and with a broad torque band. Inside, it’s very basic but extremely roomy. Most important of all, it puts a huge smile on your face.

Long the darling of the school run, the SUV has increasingly become more like a sedan and less like a 4×4. Indeed, a clear separation within the segment is underway: a new breed of super-soft, smaller but more exclusive SUVs are distinguishing themselves from their larger, tougher brethren. Part of that trend are two newcomers at the top end of the market: the Porsche Macan and the Mercedes-Benz GLA.

Porsche’s baby Cayenne will compete (perhaps too closely) with the Audi Q5, featuring a trio of powerful engines to choose from: two bi-turbo V6 petrol units and a V6 turbo-diesel. It will be carefully appointed inside and a pleasure to drive – or so say the marketing gurus. Hope-fully it will have sorted out the Cayenne’s less-than-comfortable ride quality when it lands in SA later this year.

The Mercedes-Benz GLA is based on the new A-Class. Its selling point is that it will be able to keep going where the A-Class cannot – that is, on dirt roads. Available engines will eventually mirror those of its road-going stablemate, with the fire-breathing AMG 45 GLA at the top of the list, managing to push out an astonishing 260 kW from its 2.0l engine (which should keep the children quiet in the back). As a people mover, it focuses on creating the optimal balance between passengers and luggage. Bearing this in mind, choose the Load Compartment Package and the car will come with rear seats that can be angled further forward to maximise the load-carrying capacity, adding an impressive 60l.

It’s in this category that the majority of buyers look when shopping for a people mover. The undisputed king here is the Nissan Qashqai, and 2014 sees the arrival of a new model that is sharper, cleaner and more efficient, as well as lower and larger. There is also a new automatic gearbox that’s more economical than the current manual and, thankfully, feels nothing like the sewing-machine CVT boxes that have been in vogue over the past few years. Inside, the car has moved upmarket, with big improvements in quality and materials. Load-carrying was always the Qashqai’s trump card and that remains excellent – the seven-seater swallows people and their kit with the greatest of ease.

Competing with the latest Qashqai is a raft of newcomers: Chinese marque GWM has the stylish (yes!) M4; Citroën boasts the extraordinary new C4 Picasso on its latest EMP2 platform; and Kia, ever inventive, has the funky updated Soul, now impressive inside and out.

And then there’s the Fiat 500L – a masterpiece in terms of design and space utilisation, even if it does look rather like the back end of a bulldog. It’s far better designed than its German rival, the Mini Cooper Countryman, rattles less and drives surprisingly well, especially in its 1.6l turbo-diesel guise. The cabin is airy and full of brilliant details, such as a three-level floor for extra storage in the boot, one-touch folding seats and pop-up grips to hold luggage in place.

Chevrolet’s Fortuner-buster has had a great reception, its seven seats and huge interior winning it friends across the land. That it also drives beautifully and belies its bulk on the road is a bonus. Opt for the 2.8l turbo-diesel, the smaller 2.5l engine being notably underpowered.

Receiving less attention in the press is the Infiniti QX80, a behemoth soon to be imported to compete with the equally gargantuan Lexus LX570 at the very top of the large-SUV market. Built on the new Nissan Patrol platform, it will have a 5.6l V8 engine and enough seating to accommodate a rugby team and their groupies. Expect it towards the end of 2014.

A few manufacturers are creating new people-carrier niches where none existed before. Audi has traditionally been at the forefront of this trend, with crossover crossovers, and BMW is now following suit with two bewilderingly odd models that defy easy categorisation: the BMW 3 Series Gran Turismo and the bigger 5 Series Gran Turismo.

Essentially, they are station wagons without the label, able to swallow vast loads (1 600l in the 3 Series, 1 700l in the 5 Series), while retaining (almost) that sleek BMW sports essence. Both feature trick luggage compartments that grow at the touch of a button (the rear seat backs angle electronically) and the 5 Series has two boot lids. The smaller lid (shaped like that of the old Citroën DS Pallas) opens up quickly to allow odds and ends to be thrown in, while the huge hatchback, taking up much of the roof, lifts clear to provide access to the greater load compartment. Both vehicles are far softer on the road than most BMWs and, while definitely not GTs in the true sense of the word, are excellent long-distance cruisers.

The evolution of the people carrier continues, and new technologies and expectations will see the segment shift yet further – likely in an ever faster and sportier direction. That the new Porsche Macan will accelerate to 100 km/h in 4.8 seconds underlines that fact. Next? Watch this space for a 3.0l turbo-diesel Jaguar SUV, expected in 2015.

From 1948 to 1961, under the leadership of detail-obsessed Heinrich Nordhoff, Volkswagen had a one-model policy, producing pretty much only the Beetle (or Type 1). There were, however, two exceptions: the Transporter (officially known as the Type 2) and the Karmann Ghia sports car (Type 14). The Transporter, or Kombi, was initially a commercial vehicle, hitting the roads in 1950. Much loved by the youth and perfectly timed to capture the imagination of a new generation, it starred alongside the Beetle in a two-hander that spoke of freedom and long, responsibility-free road trips to anywhere. It ruled supreme as the hippy surfer’s air-cooled transport of choice for more than 40 years, only changing to water-cooled engines in 1983. We’re with the fifth-generation Kombi today.

• The most sought-after Kombi is the split-windscreen, ‘barndoor’, first-generation Samba Bus with skylight windows and hinged door. Interestingly, it was marketed specifically as a vehicle for touring the Alps, as the skylights added to the view.

• The Kombi has had a particularly long run in Brazil, where the last second-generation bus rolled off the production line at the end of 2013, having been introduced there in 1950.

• American Volksie fanatics identify their buses by the number of windows, hence 11-, 15- and 23-window vehicles.

• In Peru, the name Kombi has morphed into Combi Asesina (murdering Combi) because of the insane way they’re driven by taxi drivers.

• The familiar nickname ‘Kombi’ is actually a shortening of the German Kombinations-kraftwagen (combined-use vehicle). 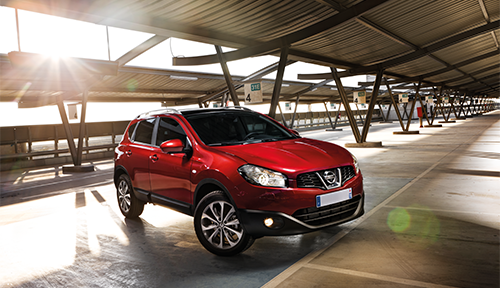 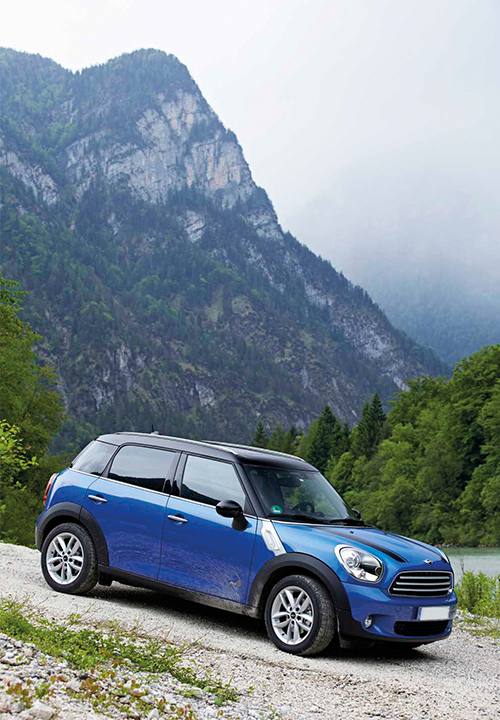 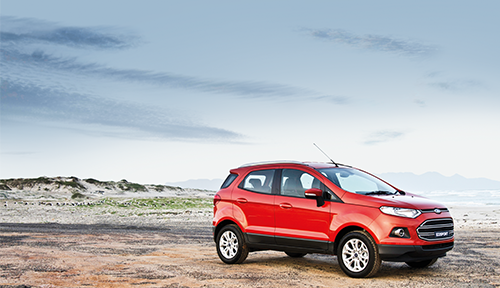