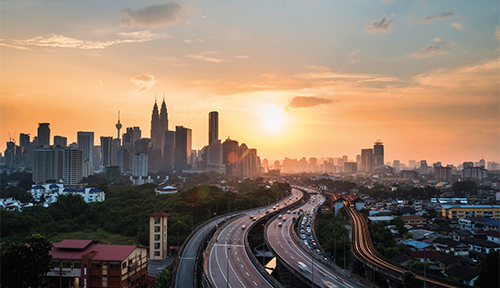 I have been to Malaysia a number of times and each visit has revealed something entirely different. A well-planned itinerary certainly helps, but Malaysia genuinely offers a great deal of variety. Choosing to visit the country again was simple. Deciding where in this multicultural sliver of the tropics to go was a little trickier.

Among other options, Malaysia sports many islands (Penang, Langkawi and Pangkor are the most frequented),  a large slice of rainforest (the states of Sarawak and Sabah), countless beaches and a shopping tradition in the capital, Kuala Lumpur, that is hard to better this side of New York.

Malaysia, as a former British colony, is arguably the easiest Asian country to understand – at least superficially. This makes it a good entry point into wider South East Asia for first-time visitors. It has many elements that are immediately identifiable: they drive on the left, many of the cars are familiar, the road networks are excellent and well maintained, and getting between major cities is simplicity itself. The food, too, is a mixture of familiar Western fare and more exotic Eastern dishes – often cooked outside, and generally dead cheap. To balance out the known, there is a good helping of diversity, with inhabitants of Malay, Chinese, Indian and first-nation descent contributing to the country’s intriguing cultural mix.

I eventually set my sights on the West Coast, edging the Strait of Malacca – an evocative name that brings to mind spice ships and adventurers seeking new lands and untold riches. In stark contrast, since the 1970s Malaysia has embarked on a massive modernisation programme, key to which is a huge multi-lane highway running all the way up the spine of the mainland. The E1 has opened up the interior and previously inaccessible coastal enclaves.

The sight of this bold line wending its way across the map inspired me to plan a typically South African holiday. In other words, leave me alone and let me get on with it: just a car, a map and a bit of research.

I was to begin in the capital city, Kuala Lumpur (or KL to almost everyone), take a short detour down to the historic town of Malacca, and then head up the coast again, bound for the island of Pangkor Laut and then for Penang. As the crow flies, it’s a distance of just 500 km, so there was to be plenty of time for side excursions and sightseeing.

And the rest would hopefully reveal itself as it arrived over the horizon.

But first, Malacca (capital of the state of the same name) – probably Malaysia’s most historic, and certainly most famous, coastal town. It’s an easy two-hour drive down the highway from KL, as long as the traffic of high days and holidays is avoided. Malaysian traffic can rival that of Rome at the worst times, given that the country sees transport – particularly individual transport – as an economic tool (it even has its own carmaker, the all-conquering Proton).

Malacca, large parts of which are a Unesco World Heritage Site, dates back to around 1400 and has always been strategically important, sitting as it does at the narrowing of the Strait
of Malacca. The marks of the various invading forces are seen everywhere: the Portuguese A’Famosa fort and St Paul’s Church, the grand Dutch Stadthuys and Christ Church. Mostly though, the atmosphere is Chinese.

Walking down famous Jonker Street (officially Jalan Hang Jebat) in Malacca’s huge China Town is both a step back in time to a feudal past and a barometer of current Asian trends. The combined Taoist, Confucian and Buddhist temple of Cheng Hoon Teng set at the end of Jonker Street is particularly unmissable. Enter through the triple-volume doors under a heavily ornate pagoda roof and you are enveloped by incense, monks, chants, rich colours and prayer ribbons. The temple is open to everyone, tourists included, and has the feel of a giant community-centre-cum-theatre-show.

Getting around old-town Malacca is pretty easy, as it is a pedestrian area. There is a well-worn route past the forts and through the narrow alleys, tramped by many day visitors, but some prefer to take a rickshaw – of which there are literally hundreds, multicoloured and cheesy, but fun. From Dutch Square, the geographical and spiritual heart of Malacca, they take a route past various hot spots before leaving you at the foot of A’Famosa, the Portuguese fort dating back to 1511. Sitting in the bouncy rickshaw, it feels like Madrid or the Left Bank in Paris – an old European city, slow, ancient, wonderful.

Malacca behind me, it was back on to the E1 and heading north, proper. The multi-lane expressway knifes through a landscape that is a jumble of wild forest, cultivated fields and bustling towns.

Malaysia is a crowded, modern place, rapidly becoming mostly middle-class, but, as KL and its satellites receded in the rear-view mirror, an older, less hurried country revealed itself.

Three hours down the highway, I turned off towards Sitiawan and the tropical coast and the 120 ha island of Pangkor Laut. You leave your car on the mainland and head across the Strait to the privately owned island by boat. As it comes into view it’s astonishing. The entire island is a private resort, meaning there’s no development, no industry, no disturbance. Just a tropical rainforest in the middle, protected Emerald Bay on the west coast and a ring of gorgeous stilts-out-of-the-water villas in the lee of the main bay.

‘Awesomely beautiful’ doesn’t begin to describe it, and it’s easy to see why it’s a favourite honeymoon destination. There’s very little to do other than breathe in the heavy tropical warmth, visit the spa, lie on the beaches and eat, eat, eat in one of the six restaurants.

After two days of white sand and no people, getting back to reality was a bit of a shock – sea snakes giving way to snakes of traffic as the car rejoined the mainland E1 and headed to Penang (again, sharing its name with the state), a very different island. The first inkling you get that this is no tropical retreat is the ferry ride over.

There is a bridge, but car ferries are more fun. I was expecting a smallish tug; the reality is a vast ferry that wouldn’t look out of place in Calais or Dover, full of island-bound traffic. It’s safe and clean, very modern, but hardly quaint. Penang came into view, a bristle of skyscrapers, a mini-Manhattan rising out of the Strait. This was George Town, the capital, and it looked big.

My first impression turned out to be half true. Penang is Malaysia’s Umhlanga – a mass of tourist resorts and hotels all battling each other for the best views and the lushest gardens. There is the strong smell of holiday everywhere, negating the big-city feel. Plus, the historic part of George Town is on a very human scale.

There are a number of must-dos on Penang, but swimming is not one of them – at least not in the ocean. The sea, frankly put, is not a pleasant place, this being a major shipping lane. It’s a nasty caramel colour and particle tests have revealed all types of lurking horrors. Instead, resorts have gigantic pools and the beach is a meeting place where all come to live life, eat, play and party.

Chief among Penang’s attractions is George Town itself. It’s full of classical Chinese architecture and its historically important centre forms part of the very same Unesco World Heritage Site as old Malacca. The city’s past is soaked in blood, most notably during the Second World War, when the Japanese occupied the island and carried out a massacre of the mostly Chinese inhabitants.

But the community triumphed, and symbols of its permanence predominate today, notably the Khoo Kongsi clan house complex and the Cheong Fatt Tze Mansion.

The Khoo Kongsi – actually a whole clan village containing an elaborately decorated temple, a meeting hall, an opera stage, houses and shops – still functions as the spiritual home of the influential Khoo family. The Cheong Fatt Tze Mansion, also known as the Blue Mansion, was the handiwork of a penniless Chinese immigrant who built himself up to become one of the island’s most influential citizens. It’s a remarkable building – bright cobalt blue, incorporating Tze’s concept of Victorian grandeur with elements of traditional Chinese architecture.

More striking still is the vast temple that is visible from most parts of the island, set high on a far-off hill. Spend a while walking along the promenades and beaches and it will eventually call to you, intriguing in its grandeur. Kek Lok Si, or the Temple of Supreme Bliss, is apparently the largest Buddhist temple in South East Asia. Big it is. It is reached by cable car and the various statues are giant-sized close up. An added bonus is the view: it’s a great place to orientate yourself from. Seen from up there, the beaches are magnificent white strips and even the ocean looks good.

Down on those beaches at sunset is the place to be. My Malaysian road trip had been eye-opening, as much for being immersed in the cultural diversity as for admiring wondrous sights. There, in the gloaming on the beach, all the best of Malaysia was in evidence. Locals and tourists – some in hijab, others in bikinis – mingled. Chinese, Indian and Malay food was being cooked for the night market and the aroma of ginger and lemon grass swept across the sand.

It’s not perfect, Malaysia, but it’s intriguing. It allows you to skim the surface or dig deeper – a process that rewards the curious and will have you coming back for more.

This is a big year for Malaysia – the country has geared up for a record number of visitors and is pulling out all the tourism stops.

Some of the main attractions are the annual Colours of 1Malaysia festival (22 to 24 May) and the Rainforest World Music Festival (20 to 22 June). Colours of 1Malaysia is a mini Rio Carnival, with all of the provinces sending floats, acts, musicians and other representatives. It all culminates in a massive procession through Dataran Merdeka concourse in Kuala Lumpur. It is open to the public and tickets are sold for the grandstands. The Rainforest World Music Festival will be headlined by Blackbeard’s Tea Party from the UK and include bands from around the world.

For more info on Malaysia and its attractions, visit the official Tourism Malaysia site at www.tourism.gov.my or call the South African office in Johannesburg on (011) 268 0292.

With its tropical climate and year-round warm weather, Malaysia is an any-time destination. The average temperature in most of the country is between 21 and 32°C, and annual rainfall varies from 2 000 to 2 500 mm.

Bring light, cool clothing and be prepared for rain showers. Humidity is high.

South Africans do not need a visa for visits of up to three months. However, they must be in possession of a passport valid for a minimum of six months beyond the intended visit.

Singapore Airlines has recently upgraded the aircraft operating on the SA route to the B777-200ER, with a business class offering the widest fully flat bed. 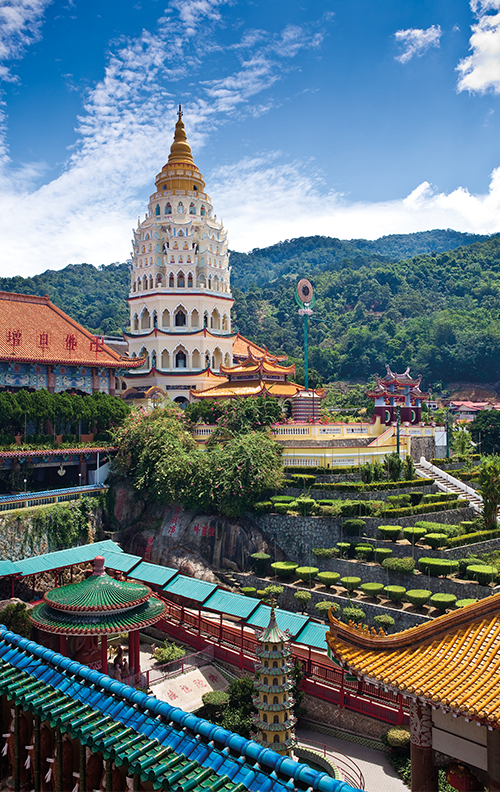 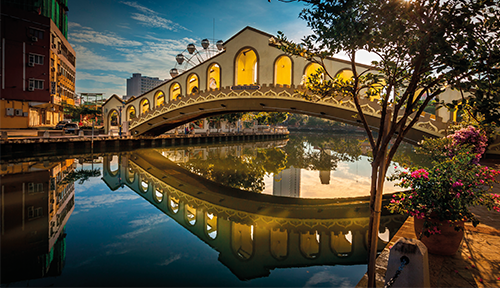 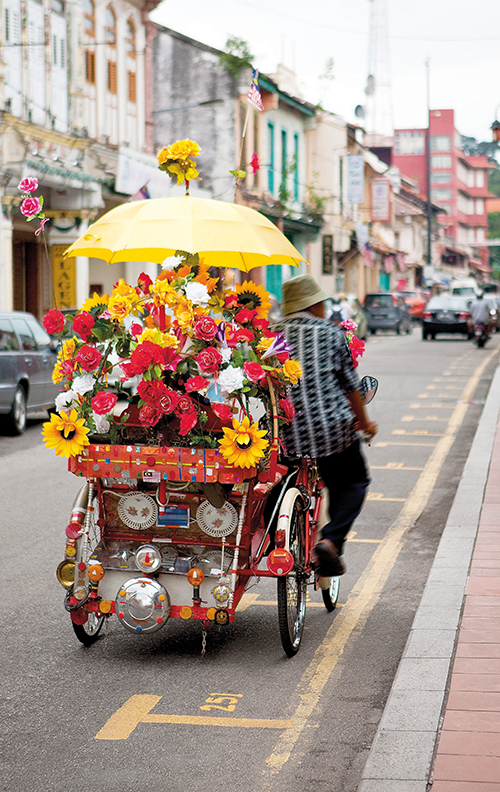