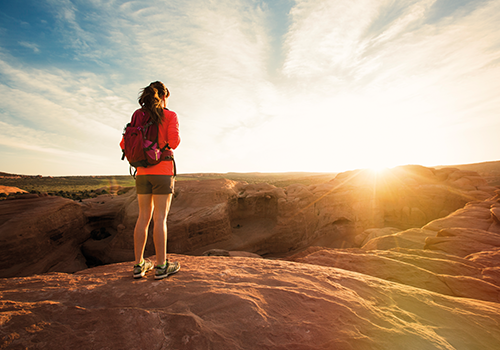 Want to enhance your subject? Photos often need a little flash to give them a boost. Jac Kritzinger shares his technical know-how

Traditionally used to compensate for a lack of ambient light, flash can also be utilised creatively to compliment good light. Whether you’re packing a dedicated flashgun (an external flash unit mounted on your camera) or a mere built-in or pop-up flash, using it correctly can often turn a good shot into a great one. The best way to master flash photography is to experiment when you are out and about. Here are some tips to get you going.

Always take a moment to examine the scene you’re shooting for common flash pitfalls. Whether you’re indoors or out, avoid shiny objects and surfaces such as glass or metal, as these will cause harsh reflections that can ruin your photograph. Solid surfaces behind your subject can create unsightly shadows; so clear, open backgrounds are a much better option.

The dreaded red eye that so often appears when shooting portraits at night can easily be removed afterwards with editing software.

Even out the exposure

No matter the subject or location, the trick with using a flash is to get an even, natural-looking exposure across the frame. The best flash photos are often the ones where the viewer can’t immediately tell that it’s been used. Whatever flash system you have, the simplest way to create this effect is to select a medium aperture such as f/5.6 (in your camera’s aperture-priority mode) to correctly expose for the natural light and to set the flash strength to TTL or auto mode.

You can then make adjustments to both flash output and camera exposure to ensure an evenly exposed photograph, constantly checking the result on your screen. Try altering the distance between you and your subject for different effects. Keep in mind that smaller apertures and faster shutter speeds will let through less flash, and vice versa.

Go with the glow

When shooting outdoors, always aim to use flash to compliment existing light, not as a primary light source. Basically, this means positioning your subject so that it’s lit with sunlight from the side, then firing off your flash to fill in the shadows. This technique (commonly known as ‘fill-flash’) should result in a much more subtle effect for a well-lit, natural-looking image, whatever you’re shooting. Using a polarising filter with the existing side light will add colour and contrast.

Naked flash can often be harsh, thereby spoiling the atmosphere of a scene. The easiest solution is to diffuse your flash. Flashguns come with a range of plastic diffusers that fit over the flash head, both softening the light and spreading it more evenly. With a pop-up it’s more tricky, but you can devise your own diffuser simply by making a small tube out of wax paper and slipping it over the flash unit. Diffusing will always lessen the output strength of the flash, so be sure to check your screen and adjust the power accordingly.

Flashguns have the ability to twist and swivel, so a very effective way to diffuse light indoors is by turning the flash head away from the subject and aiming it towards the wall or ceiling, thereby reflecting or ‘bouncing’ the light for a softer, more natural effect.

A change of direction

As a rule, side lighting is the best for most types of photography. If you have a flashgun, it doesn’t always have to sit right above your lens. By using a wire-less transmitter or a dedicated flash cord (connecting the flash to your camera’s hot-shoe adaptor), you have the freedom of taking it off and then firing it from different angles.

You can place the flash on a tripod to the side of your subject, or even hold it at arm’s length with one hand while you control the camera with the other. This is especially useful for producing more natural-looking images when ambient light is lacking and you are using flash as a primary light source.

Whatever your gear, using flash should be a conscious choice, not just a default setting on your camera. And remember that flash is not only for photographing people – any subject can be transformed by adding a little light.