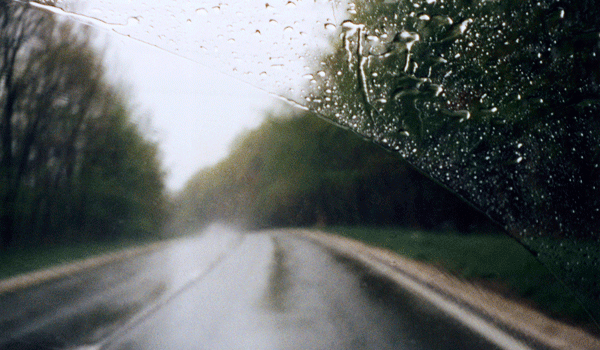 Champion has set out to make motorists more aware of the importance of maintenance, and to provide driving hints and tips, so we can all be winners on South Africa’s roads

It’s a brand name that has been around since 1907. For more than 100 years, Champion has been adding the sparks that set motors running. More recently, Champion can also be relied on to filter fuel, air and oil, and to keep water off of windscreens.

As a trusted provider of aftermarket components to the motor industry, Champion has made road and driver safety priorities, encouraging motorists to be more aware of the importance of servicing and maintaining their vehicles. The company has set out to offer these motorists a complete service solution – not only keeping the car running at maximum efficiency, but also playing a key role in driving safety. And there’s no better time than now to be thinking about those components that are often overlooked (windscreen wipers being a prime example) in the excitement of a road trip. The Easter holidays are just around the corner, after all.

While Champion has always striven for innovation when it comes to products, it realises that getting the safety message across requires out-of-the-box thinking too – and so it has appointed popular traffic reporter Rob Byrne as a brand ambassador. With more than 159 000 people following @TrafficSA, Rob is a leading voice in keeping drivers abreast of what’s going on out on the roads.

Champion and Rob share an audience motorists so it’s natural that they have joined forces for the greater good. ‘We have an opportunity to highlight the importance of road safety, hopefully making a difference to the way people drive and how they conduct themselves on the road. Coming up to the holiday season, this is an increasing concern,’ says Rob.

During holiday seasons, road deaths invariably spike. Vehicle roadworthiness (or lack thereof) plays a large part in this. Discovering that the wipers aren’t working effectively when the heavens open halfway through a long road trip is not the way to ensure safe travels. Neither is it wise to discover that the car’s performance lags when fully laden, because important maintenance wasn’t carried out.

In the same way those guilty of bad driving should be punished, Rob and Champion believe good driving should be rewarded – and they are doing just that through various online initiatives and competitions. To see if you have what it takes to be a Champion driver, keep up to date with what Champion has to say and check out the exciting road-safety campaign online.

Fast fact Did you know that, in 1969, Concorde used Champion igniters to fire its quartet of jet engines?

Fast fact Did you know that the Ford Model T, launched in 1908, used Champion spark plugs?

Windscreen wipers have evolved tremendously over the decades, but the fundamental principle remains the same: a strip of flexible material (usually made from rubber or rubber compound) moves across the glass of the screen, wiping away water.

But that thin strip of rubber is a wear item and, over time, it will deteriorate. It hardens, cracks and is eventually unable to follow the glass properly. This can lead to juddering, irregular pressure and – worst of all – the inability to wipe thoroughly, with a resultant deterioration of visibility. Left for long enough, the wiper blade will collapse, which can lead to contact between the windscreen and the steel wiper arm. This will score the glass in one or two swipes, rapidly rendering it unroadworthy.

It is always cheaper to replace wipers than a windscreen. Champion offers a huge range of wiper blades; as well as upgrade paths, whereby consumers can fit a more modern wiping system than the vehicle’s original. Find the right wipers for your car by visiting www.championeasyvision.com.