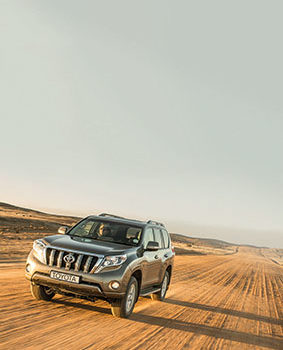 A lot depends on your tow bar, so it’s good to know Toyota demands the highest standards of quality from their suppliers

Safety is critical when it comes to all automotive accessories, but seldom more so than in the case of tow bars. Which is why Toyota sets especially high standards of quality, durability and reliability (QDR) in this regard. Design, engineering and manufacturing integrity are all critical, and a Toyota-branded tow bar will have undergone a rigorous process of prototyping, measuring, analysis and testing before receiving approval.

Toyota uses only leading tow-bar suppliers, thereby ensuring that all minimum legal requirements for the South African market are adhered to. But meeting the minimum is only the beginning in terms of testing – Toyota requires its tow bars to meet far more rigorous internal criteria.

Importantly, an approved tow bar is developed alongside the car for which it is destined, to ensure it lasts as well as the rest of the vehicle. The process of meeting all Toyota’s stringent QDR standards starts early in the design phase, with dozens of different factors taken into account. For example, ground clearance must be considered; as must clearance of components such as the spare wheel, the exhaust outlet and the bumper. The mounting points, integration with the wiring harness, the lay-down material and fastener requirements, and a whole lot more besides, must all be specified and approved.

Interestingly, in SA an aftermarket tow bar is not required by law to use the specified chassis mounting points as defined by the original equipment manufacturer. The tow-bar producer can simply do what it thinks is best. Toyota-approved suppliers must, on the other hand, build prototypes and send them to the headquarters in Japan for testing on pre-production concept vehicles 20 months before launch. And, before that can happen, a local design review must take place, the outcome of which decides whether the tow bar will even go to Japan.

‘There are many advantages to buying a Toyota-approved accessory, especially when we’re talking about a safety-critical item such as a tow bar,’ says Michael Soko, Senior Manager: Conversions and Accessories at Toyota South Africa. ‘First and foremost is complete peace of mind: these products are designed with the well-being of you and your Toyota in mind from day one.

‘Non-approved items may compromise your safety, and that of other road users – not to mention the fact that they will invalidate your warranty. Problems with non-approved items do not necessarily manifest immediately, and you may have years of seemingly trouble-free use – and then suddenly you see your caravan overtaking you as you head down Van Reenen’s Pass…

‘There is invariably a price premium on the genuine article, but we believe our recommended retail prices, which are listed on the Toyota website, show that they represent good value,’ says Soko.

Off-roading with a trailer in tow?

In general, tow balls are designed to articulate to a maximum angle of 15° above or below a horizontal line relative to the trailer, which allows a degree of hinging. If you go beyond that angle, then the hinging effect is lost and the tow vehicle and trailer effectively lock together, transferring forces directly into the chassis of the car and/or the frame of the trailer. Laterally, the ball is not designed to twist more than 25° from the vertical, so uneven ground should be negotiated with care.

Each quarter, an on-site audit takes place at Toyota’s appointed tow-bar suppliers. The process is broken up into a number of categories, including receiving and parts storage, design and development, manufacturing, administration capability, quality control, field support, and supplier capacity. Toyota can go into even more detail, for example asking for records relating to weld-penetration tests and material control. 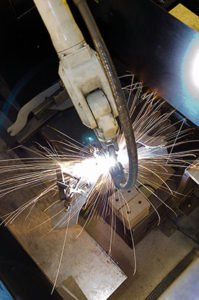 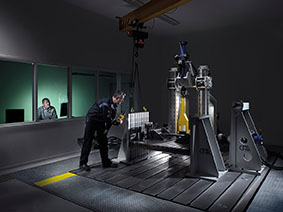 WITHOUT A HITCH? BRINK TOWING SYSTEMS