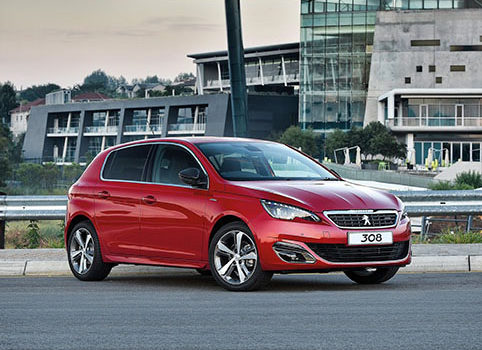 Receiving wide acclaim and multiple awards, the new Peugeot 308 is being lauded as the marque’s best offering yet

Singing your own praises invariably has a hollow ring to it. So, whenever possible, let others do it for you. For a vehicle, there is probably no better endorsement than being chosen as the European Car of the Year (COTY) – arguably, no market is more discerning and no consumers more critical than the Europeans.

Euro COTY 2014 takes pride of place in the Peugeot 308’s trophy cabinet, but the car arrived in South Africa earlier this year with quite a pedigree besides. COTY crowns from Croatia, Italy, Slovakia, Switzerland and Morocco flanked the main one, proving the win was no fluke.

Other achievements have followed since the hatchback went on sale at the end of 2013, one of the most interesting of which is a fuel-economy record. In a test conducted in Spain, a standard 308 circulated a race track for 32 hours and covered 1 810 km before the tank ran dry. Okay, so the average speed of the hatchback was just less than 60 km/h, but that’s pretty impressive nonetheless, translating into a fuel consumption figure of only 2.84 l/100 km.

At the launch, I was due to drive the 308 GT Line, but was convinced there was a mistake when informed that it was fitted with a 1.2l, three-cylinder engine. However, there was no cause for concern – it can more than hold its own. This PureTech Turbo engine has 96 kW and 230 Nm, the latter from only 1 750 rpm. The GT Line model also gets a six-speed manual gearbox. The other derivative, the 308 Active, is fitted with an 81 kW / 205 Nm version of the same PureTech Turbo engine, which is mated to a five-speed manual gearbox.

The differences between the Active and GT Line models extend to exterior styling details, and to interior trim and equipment levels. For instance, the GT Line gains full LED headlights, larger alloy wheels and a different grille.

Passengers reported the 308’s seats were sumptuous and the ride quality smooth and soothing. The driver agrees. I found myself faced with what Peugeot calls the ‘i-Cockpit’, which means a similar look and feel to the 208.

Cue the instrument cluster situated high up, at the base of a steeply raked screen; and the slightly unusual, small, low-slung steering wheel.

As far as tactility goes, there’s plenty to enjoy, with the soft textures of the fascia and door cappings giving the car an upmarket feel. Day-to-day driving enjoyment is ensured by the kind of surprise-and-delight details that were once considered mere frippery – so you can plug in your iPod, sync your phone, recharge the iPad and refrigerate your mineral water in a glove compartment linked to the climate-control system.

Having only driven the car for a week, I can’t comment on the ins and outs of long-term ownership; but, on paper, it looks good. The 308 is supported by a premium service and maintenance plan, a comprehensive warranty offering and a thorough roadside-assistance package (all summed up at www.sixreasons.co.za/six-reasons-buy-peugeot).

If you’re keen to try one out, it couldn’t be easier. Visit www.wecometoyou.co.za and Peugeot will send a demonstrator to your door. Alternatively, you can go the more conventional way and head to your nearest dealer. Peugeot’s been expanding its network recently; so, even if you are reading this somewhere in Swaziland, you’re in luck – a dealership has recently opened in Mbabane. 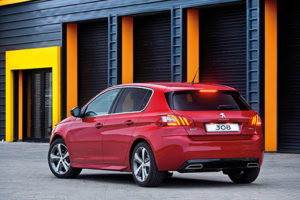 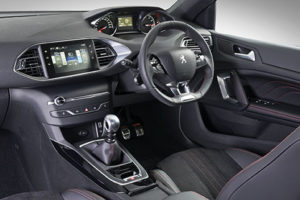 BETWEEN THE CRACKS – CEDERBERG, WESTERN CAPE
Copyright AA traveller 2016
Back to top