A feast for the senses – Kia Sportage SUV

A feast for the senses – Kia Sportage SUV 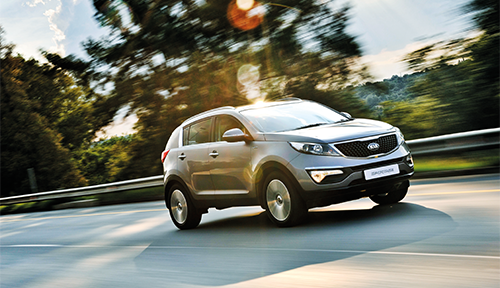 An aesthetic revamp, both inside and out, means the latest Kia Sportage SUV is a pleasure to behold, and to drive

Kia’s Sportage has come a very long way in recent years and what was once an ugly truckling – albeit one with genuine off-road capability, thanks to low-range gearing in the very first version – has grown into something of a beautiful swan.

Most people agree it is hard not to like Kia’s current design language: the vehicles are muscular and purposeful, with a chunkiness to the sheet metal and a toughness of countenance that are refreshing in the mass marketplace. There is also a uniformity of design that is satisfyingly familiar, without being cookie-cutter boring.

This facelift to the third-generation Sportage (the original was launched locally in September 2010) includes subtle changes to an exterior that was already distinctive. The bow-tie grille has been reworked, resulting in a more stylish appearance; while changes to the front fog lamps and lower bumper, and the choice of 17 and 18” alloys amplify the vehicle’s dynamic proportions. The strikingly re-designed combination lamps add a touch of sportiness to the rear.

The interior, while already well established as an environment filled with comfort and convenience, has received further enhancements aimed at providing a more satisfying sensory experience. For example, the upper door trim features soft-touch padding with a newly developed grained texture. And then there is the state-of-the-art, six-speaker Infinity sound system. The door speakers have been repositioned from the upper portion of the door to the quadrant cover in order to offer even better sound reproduction. Plus there is the option of a subwoofer and external amplifier for even more impressive music quality.

The all-wheel-drive models feature a redesigned supervision cluster and an illuminated centre fascia. In-between the main instruments on the dashboard is a 4.2” TFT (thin-film transistor) LCD screen that provides useful vehicle information. The dot-matrix display on the centre console of the previous-generation AWD model is replaced by a 4.3” TFT touchscreen, which doubles up as the rear-view camera display when reverse gear is engaged.

It’s a case of less is more under the stubby bonnet, with the 2.0l petrol engine generating power of 116 kW at 6 200 rpm and torque of 192 Nm at 4 000 rpm, offering a more refined driving experience than before, despite being slightly less powerful. The old five-speed manual gearbox is replaced by a smoother, more refined six-speed transmission, resulting in improved fuel consumption. The output of the diesel 2.0 VGT CRDi engine is unchanged, with maximum power of 130 kW at 4 000 rpm and torque of 382 Nm between 1 800 and 2 500 rpm. Both engines are available in six-speed manual and automatic transmissions, the two-pedal auto version getting an extra 10 Nm of torque.

Add to this multiple improvements to the core body structure, including a windscreen designed to cut wind sound and revised rubber bushings that reduce road noise. Deep down, the Kia Sportage remains tough and rugged, but it comes across as a little bit more refined than before with a quieter and smoother driving experience. 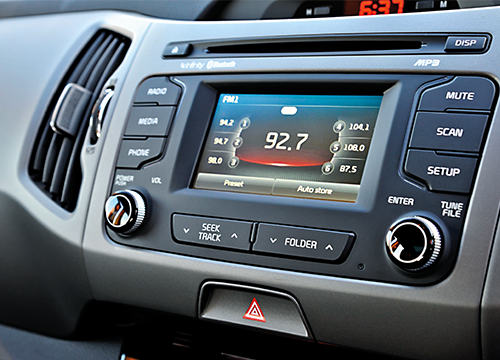