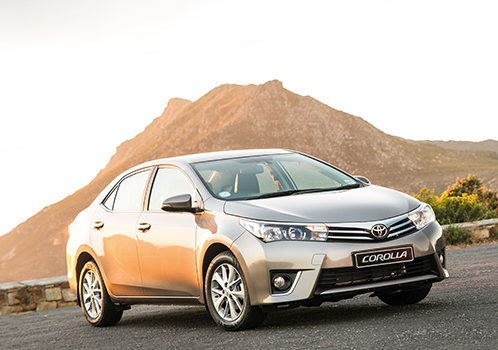 Few car models stick around long enough to experience ten generations worth of redesigns. The Toyota Corolla has gone one better

Along with ‘awesome’, ‘iconic’ and ‘legendary’ are arguably two of the most overused adjectives in all of motoring journalism. Unapologetically, however, all of them could be used to describe the Toyota Corolla.

In a way, this seems a contradiction: the Corolla is not a car that trades on performance or driving exhilaration. Rather, it’s a car that personifies traits such as reliability, durability and quality. It’s a bit like that sensible uncle whose advice is always boring and logical and who – irritatingly – always ends up being correct.

By the time this issue reaches you, the 11th generation Corolla will have been launched locally. The latest in a long line it may be, but it still remains faithful to the philosophy of the very first edition. It does, however, add a soupçon of excitement. Shinichi Yasui, the car’s chief engineer, believes this feat has been achieved because each succes-sive development team has observed the philosophy set out by Tatsuo Hasegawa, the chief engineer of the first-generation model: ‘to develop a Corolla that brings happiness and well-being to people around the world’.

South African motorists will surely find this happiness and well-being in the completely new interior design boasting significantly enhanced rear legroom (now a class-leading 706 mm) more comfortable seats and increased luggage capacity. A Corolla has always been an easy car to live with and now more so than ever, thanks to features such as Smart Entry, a back monitor to assist you with parking in tight spots and automatic air conditioning.

The newcomer is longer, wider and slightly lower than before – a 100 mm increase in the wheelbase the key to the roomier cabin. A more aerodynamically efficient shape – not least because of tighter gaps between the body panels – has benefits for both fuel efficiency and emissions, not to mention refinement.

As is the Corolla way, a broad and carefully structured range will ensure there’s a package to suit all tastes and budgets. Four engines (three petrol and one turbo-diesel) will be offered, mated to either a six-speed manual or seven-speed automatic transmission. There is also an automated manual available on the 1.4l  D-4D diesel derivative.

Seven air bags, a stronger (yet slightly lighter) body structure and a variety of electronic driving aids make it no surprise that Toyota has received the maximum five-star Euro NCAP safety rating. Add an impeccable brand reputation, keen pricing and low overall running costs, and the Corolla looks set to stay in the limelight into its sixth decade. That in itself is quite some achievement.

Kerry Roodt, Toyota SA’s general manager marketing communications, believes the Corolla is something special. We asked her why.

What do you think makes the Corolla a motoring icon?

It’s been on the market for a staggering 47 years and in that time it has racked up worldwide sales of around 40 million units. So, longevity and popularity alone confirm it as a global icon, but the Corolla adds an extra dimension. It’s a car about which you will always have a story to tell – your mom ferried you to your first day of school in one, you got your driver’s licence in a Corolla, you got your first speeding fine in one… The Corolla is so much more than just another car – it’s a part of our lives.

What are you planning to do to ensure the Corolla regains its position as  number-one seller?

It’s worth noting that Corolla has never relinquished its bestseller status. Despite stiff competition from newer rivals, the outgoing Corolla resolutely remained the top-selling C-segment sedan, so I’m confident that the new model with its clean-sheet redesign will be just as successful. It builds on all the traditional virtues of the Corolla (such as reliability, safety and value for money), while injecting a whole new level of excitement into the package.

We at Toyota call this waku doki (the Japanese term for ‘an exciting adrenalin rush’) and it’s achieved by improving dynamic drive performance, introducing cutting-edge design, enhancing sensory quality and offering a lot more standard kit. This combination of practicality and fun will appeal to a wider audience, including the fleet buyer who is looking for more than just low operating costs. 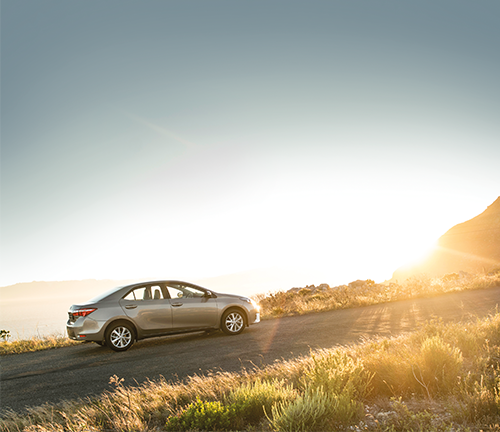