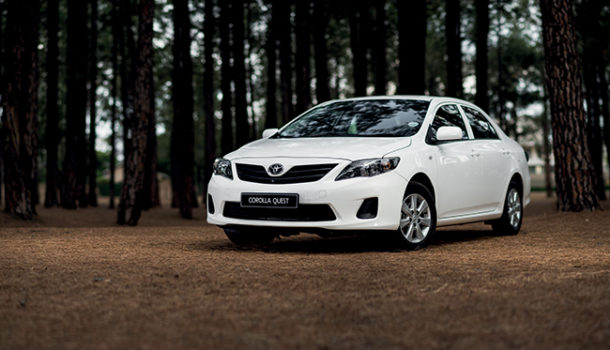 The tenth-generation Corolla is still a strong market contender, though a new model superseded it last April. Now called the Quest, it’s priced to make ownership of a full-size Sedan possible without breaking the bank

When it comes down to brass tacks, a car is simply a means of getting from A to B … the essence of four-wheeled mobility.

While this may sound like the most banal of statements, some brands seem to lose sight of this most fundamental design objective. But not Toyota, and specifically not the Corolla nameplate, which has become one of the global automotive industry’s longest-running success stories. Each generation (the newest being the eleventh) has been providing motoring consumers with the wherewithal to get where they need to go – with the least possible risk and hassle – since 1966. Over 41 million have been sold.

While the eleventh-generation Corolla is at the forefront of representing the brand’s QDR (quality, durability and reliability) philosophy, the previous-generation version remains available as the Quest. This is not dissimilar to what was achieved with the Tazz – a Corolla hatchback that remained in production as an affordable alternative, long after the generation of Corolla on which it was based had disappeared.

The name says it all, and with the Quest the objective was, well, a quest for affordability – in addition to QDR, of course. With a great reputation after a successful six-year lifespan on the local car market, Toyota took the decision to keep it in production, but in only three derivatives, all powered by the same proven 1.6l petrol engine.

Just as anyone who manufactures anything will tell you, amortising costs over a long period of time is the key to profitability, and with those costs being absorbed, Toyota had some wiggle room to look at the spec-versus-price equation.

While there is an element of ‘back to basics’ about the Quest – A to B being its raison d’être after all – the motoring experience is pleasantly comfortable and refined. Whether in the driver’s or the passenger’s seat, you never feel as though you’ve been short-changed.

On the contrary, all cars in the range come standard with an immobiliser and alarm, remote-controlled central locking, dual front airbags, ISOFIX anchor points, air conditioning and rake/reach adjustment for the steering wheel. The higher-specification Plus version can be identified by its alloy wheels, and the inclusion of a sound system – which includes those USB/aux nice-to-haves.  Interestingly, the Quest shares some parts – namely the front seats – with its successor, and economies of scale thus achieved contribute to affordability.

Predictably, time behind the wheel raises a burning issue: is there anything more one really needs from a car?

There is a driving computer, so you’ll know what the fuel consumption, the remaining range and the temperature outside are. It doesn’t have any satellite controls on the steering wheel. The rear windows must be wound manually. The wipers don’t activate automatically and the headlights don’t come on of their own accord at dusk. Finally, the engine must be started with a key (that actually looks like a key).

But did it matter? Not a jot. On every journey we undertook while in possession of the Quest, we started from A, and some period of time later found ourselves at B. Mission accomplished – without fail. 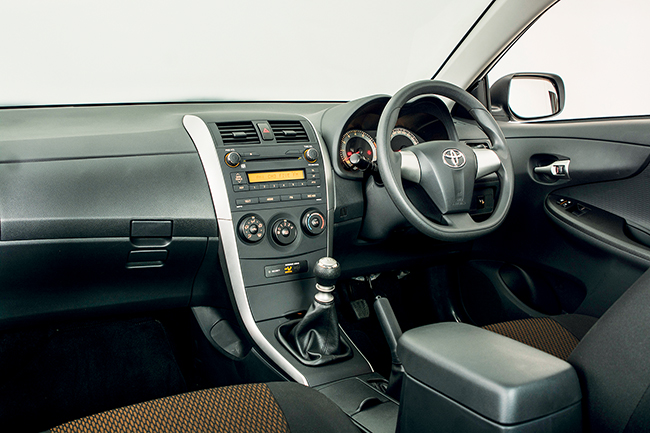 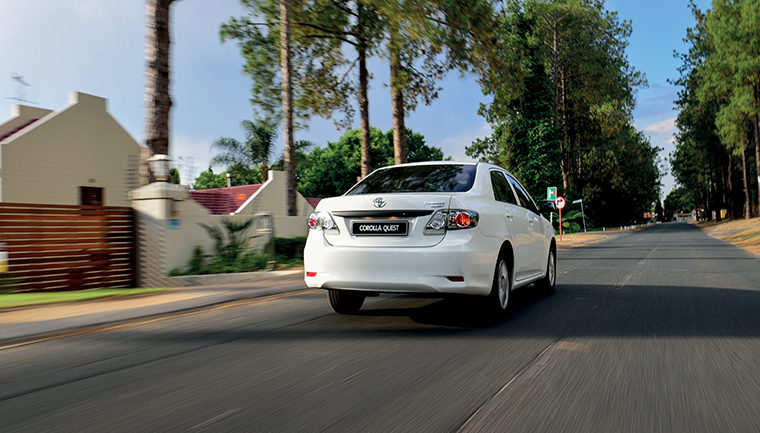 STOP ON A DIME - CAR BRAKES