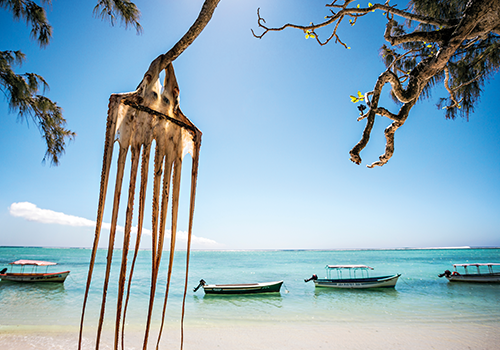 One of the Indian Ocean’s most beautiful islands lies a stone’s throw north-east of perennially popular Mauritius, yet few South Africans venture there. Richard Holmes explores this sliver of the tropics

That little piggy really does not want to go to market,’ I think to myself as the panicked squeals echo down the bustling street. Ignoring its protests, three men push and pull the reluctant creature as shoppers wander past with barely a glance.

It’s Saturday on Rodrigues, and the weekly market in the island’s capital, Port Mathurin, is in full swing. The air is soft and humid, teetering undecided on the edge between warm and bloody hot. A steady ‘thwack-thwack-thwack’ sounds as coconuts are shaped into take-away drinks, handwoven straw hats are sold for a song and the butcher is doing a roaring trade. Fresh pork will be on the menu a little later, no doubt.

It’s a colourful, character-filled market, where the locals greet customers with a broad smile and a chat about the weather, and, oh-so-gently, what’s for sale. It’s a perfect mirror of the island as a whole: a place where the tourists are something to be woven into the fabric of life, not the reason for it. Here, business carries on with or without visitors – although the welcome in Creole-tinged French is always warm.

So, no need to be embarrassed if you have not yet heard of Rodrigues. Lying around 600 km north-east of Mauritius, it enjoys a degree of autonomy but is officially a constituency of its better- known neighbour. Unlike in Mauritius, though, there is a dearth of sprawling resorts and manicured golf courses here… That lack is precisely why I fell in love with the island, but I discovered many more reasons to stay enamoured.

It’s a gorgeous place. With the landmass just 18 km long and 8 km wide, it’s the surrounding lagoon – 300 km² dotted with coral reefs – that takes your breath away as the plane comes in to land at the small airport in the west of the island. You’ll find no dramatic, extinct volcanic cirques here (à la Réunion), but also no hectares of monocropped sugarcane (as greets you in Mauritius). Rather, from the vantage point of Mont Limon, it is a patchwork of small-scale farms and valleys of indigenous forest covering the hillsides that tumble down to the lagoon and its palette of blues.

Ah yes, that lagoon. It is, to be honest, the reason many people come here. Its waters are light and translucent over the sandy shallows, where kitesurfers play in the steady trade winds that waft in from the south-east. There are few better places in the Indian Ocean for the sport. The riot of colourful kites that weave and bob here in the summer are testament to this tiny island’s enviable status as a world-class destination without the world-class crowds.

Slashing through the shallows are a handful of passes, where the water drops from waist-deep to 40m in a matter of steps. The scuba-diving is superb here, with game fish patrolling the depths and the pristine coral a welcome change from the dynamite- and sun-damaged reefs of other Indian Ocean islands.

Beyond the passes and the shallows, the waters give way to the fringing coral reef. There’s great snorkelling to be had; while, on calm days, the local fishermen encircle shoals of carangue – a tasty fish not unlike yellowtail – with their hand-drawn seine nets. Further out, women scour the reef in search of octopuses – a speciality traditionally hung out to dry on racks, like cephalopod washing waving in the tropical breeze.

Seafood looms large on Rodriguan tables, as I discover at Marie-Louise Roussety’s comfortable auberge, Villa Mon Trésor. There’s no shortage of cosy restaurants on the island, but – for a true taste of local cuisine – it’s best to book a table at one of the many table d’hôte eateries. Usually attached to a guest house, this ‘host’s table’ allows visitors to join family members and other guests for the meal of the day (whatever the proprietor happens to be preparing).

‘Every Rodriguan will ask for their fish at dinnertime,’ laughs Marie-Louise. ‘Maybe a little roast pork too on special occasions, but every day there must be fish on the plate!’

With hundreds of kilometres of ocean dividing it from its western neighbour and a few thousand to Australia in the east, local ingredients dominate on the island. Fragrant curries of seafood, pork or chicken feature strongly alongside rice, maize, kidney beans and tangy salads of green papaya, onion, chives and tomato. A taste of the island’s culinary culture is a further highlight of any visit.

Another is, without a doubt, a trip to the idyllic Ile aux Cocos to the west. It is one of a number of tiny protected islands around Rodrigues that shelters thousands of migrating seabirds.

As our boat hisses up on to the sand, the casuarina trees that line the beach are filled with groups of elegant lesser noddies and snowy-hued white terns, while their darker sooty tern cousins fill the sky. In the distant blue, riding the thermals, are the remarkable frigate birds. This slender sliver of sand is cast away in the distant Indian Ocean, yet it provides a much-needed refuge for these wandering birds; allowing them to rest and recharge, preparing themselves for the journey home.

As I settle down at the table laid by my guide in the shade of the trees – an octopus salad and bottle of local rum readying us for a languid afternoon – it strikes me that the same could be said for us human travellers. Rodrigues may be a little off the beaten track; but, for idyllic beaches, stunning scenery and a warm welcome, it is hard to beat.

When he set foot on Rodrigues on 1 May 1691, French Huguenot François Leguat (fleeing persecution in France) became the island’s first settler. The problem was, he had been told he would be deposited on Réunion. However, the captain of the Dutch ship he was travelling on – wishing to avoid conflict with a group of French ships – would hear none of it.

So Leguat and seven others were left to fend for themselves. They lasted two years on Rodrigues, living off the lush island’s abundant fruit, fish and giant tortoises, before fleeing by raft to Mauritius. He eventually made it back to Europe, via Jakarta, in 1698.

Back to the future

The François Leguat Giant Tortoise & Cave Reserve in the south-west of the island is an attempt to recreate the ecosystem as it was when the first settlers arrived. Indigenous trees are being replanted to create a sanctuary for the endemic Rodrigues fruit bat and giant tortoises from Mauritius are being bred to slowly repopulate this corner of the island.

Air Mauritius flies from Joburg, Cape Town and Durban to Rodrigues via Mauritius (a 90-minute flight away). Depending on schedules, you may need to overnight there en route.

South African visitors do not need a visa to visit Mauritius (including Rodrigues).

There are no large Mauritian-style resorts in Rodrigues. Instead, visitors can choose from an array of family-run guest houses, small hotels and boutique resorts. Some of the best accommodation options are Cotton Bay Hotel, Mourouk Ebony Hotel and Tekoma Boutik Hotel.

To really get a feel for the island, plan on spending around a week exploring. Visit the Rodrigues Tourism Office website for more information. 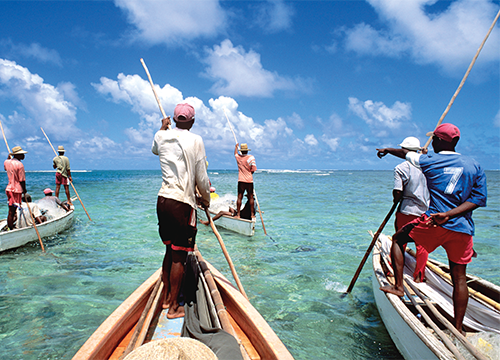 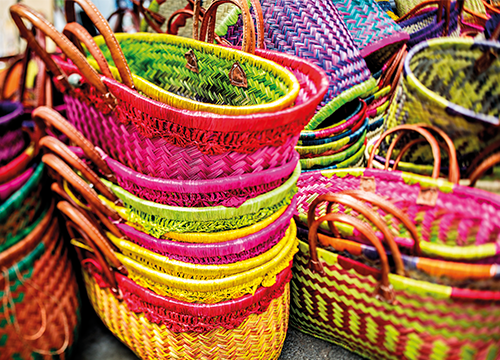 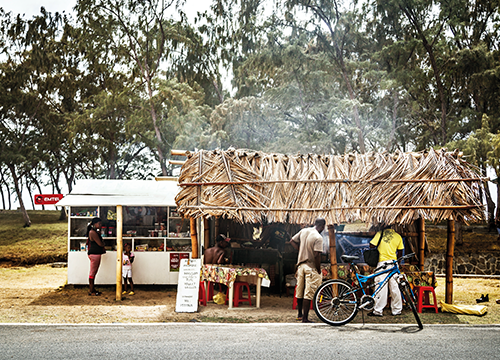 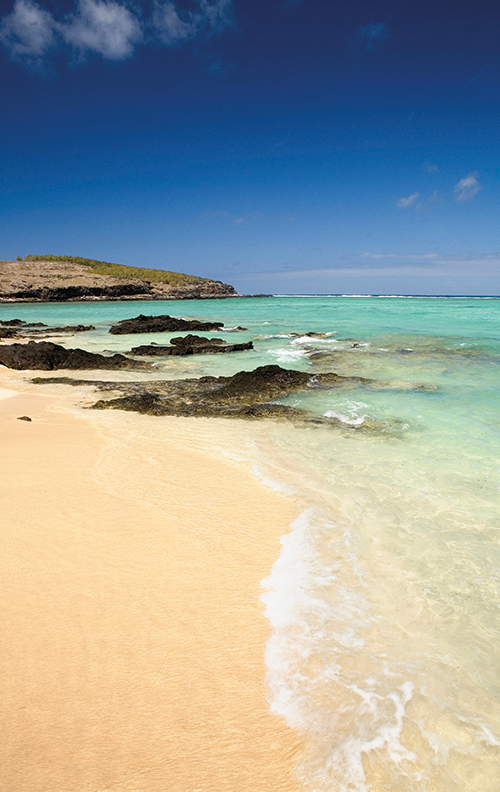 Creature comforts – Travel with your pets