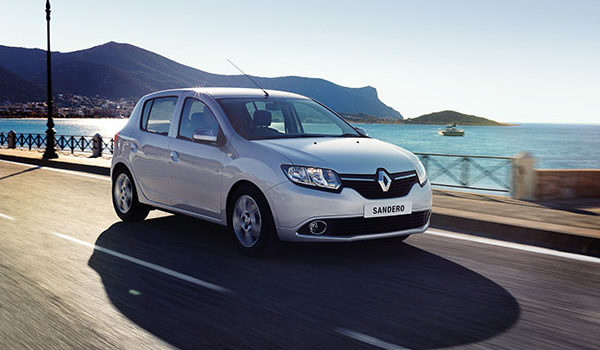 Punting all the F1-developed engine technology found in the new Sandero holds merit as the opposition shrinks forlornly in its rear-view mirror. Yes, in this case, even those enormously bold claims and product affiliations do actually come good, in a watershed moment for Renault’s budget car.

A golf-ball-sized turbocharger adds a spring to Sandero’s step, and the quality of controls has risen by a near equal measure, albeit in sombre, childproof, scratch-resistant, tones. Not that you’ll mind too much with all the head- and legroom going around – and a boot that would scare off some SUVs.

When Smart cars first arrived in South Africa, premium, purpose-built urban cars were still something of a motoring enigma, and being headlined as a joint venture with Swiss watch manufacturer Swatch didn’t add much credibility, or any clarity. Now, as I peer over my cup of coffee at the impressively detailed Smart, perfectly parallel parked in an unofficial space thanks to a class-leading turning circle, I think I’m witnessing the future of mobility unfold.

While it may appear a more endowed alternative to a scooter, the new Smart has been thoroughly overhauled and is most serious about reshaping people’s perceptions and bringing a number of firsts to the segment.

Two models are available at launch and their names, Fortwo and Forfour, indicate how many seats they have. A 999 cc three-cylinder engine hums above the rear wheels, but judicious use of the accelerator is needed to conquer those uphills. A turbo version, due soon, will add a bit of fizz to the ride. And wherever you are, with the wide range of accessories and interchangeable panels that challenge you to go bold, spotting a Smart kitted out like yours is a fashion faux pas easily avoided.

Pinching, zooming and swiping are instinctive gestures for the car’s target market, and although a touchscreen is optional, the easier and cheaper way is to clip your smartphone into the cradle and resume all your apps, contacts and media on the move.

Visit a dealership to find out more about Agility finance options for the new Smart. 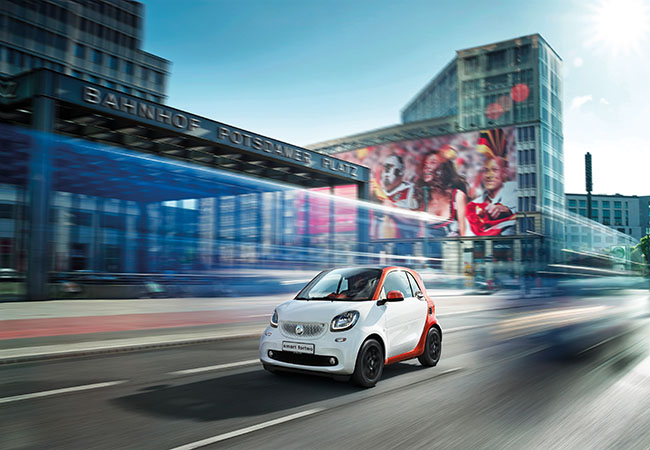 Smaller and more affordable than the country’s best-selling Polo Vivo, the Volkswagen Up! arrived last year with an exclamation of excitement, but a lean and impractical model range.

An underlying penchant for five-door practicality sees the latest Up! variants squeeze two more doors into an already improbably tight space and with that, the Up! moves upwards from a role as varsity wheels to the purpose of small family car.

Outside, it’s still the same big-badged, tall-yet-squat design, with wheels placed at the furthest corners for a macho look that apes the brand’s proven values of quality and safety.

Four adults and a headwind could well prove a strain on the 999 cc three-cylinder engine, and unlike the Smart, it has no turbo version on the horizon. Still, VW has whipped up other ways of luring customers.

Two new versions, each with their own lifestyle bent, bolster the range. While not a pavement climber in the true sense of the word, the Cross Up! can be identified by silver wing mirrors, roof rails, protective mouldings, 16-inch alloy wheels and a few turns of ride height. By comparison, the Colour Up! packs on 17-inch alloys, painted wing mirrors and racy decals down the side. Interior updates follow the theme, with leather upgrades and painted air-vent surrounds rounding out the package. 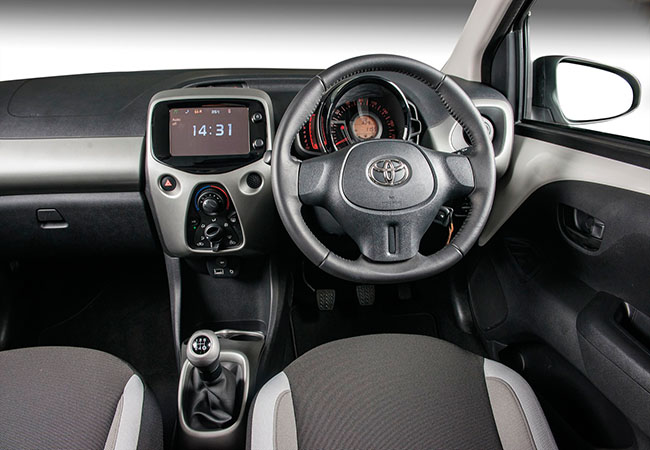 Everything you’ve come to expect from Toyota has trickled down into the Aygo. Suffice to say build quality, engines that will run like clockwork and widespread dealer support take much of the worry out of buying a new car.

A cheeky attitude stems from a design language that incorporates X-motifs and X-frames for that – sorry – X-factor. The dimensions atop those 14-inch wheels are fractionally larger, and with a five-door design from the outset, space is the Aygo’s forte, and not just for passengers, but also those storage spaces for cool-drinks and valuables.

A good compromise between what’s innovative and what works shapes the interior’s ergonomics, so whether you’re a tech mogul wanting USB integration, or just looking to pair your phone in the shortest time possible, the Aygo has the solution at the ready.

Being built in SA, this car doesn’t feel the exchange rate – so you could dig a little deeper for the Aygo X-Play variant, which adds some vibrant colour coding alternatives before finding its way into the interior with metallic colour inserts, which are softened by slivers of leather accents around the steering wheel and gear knob. 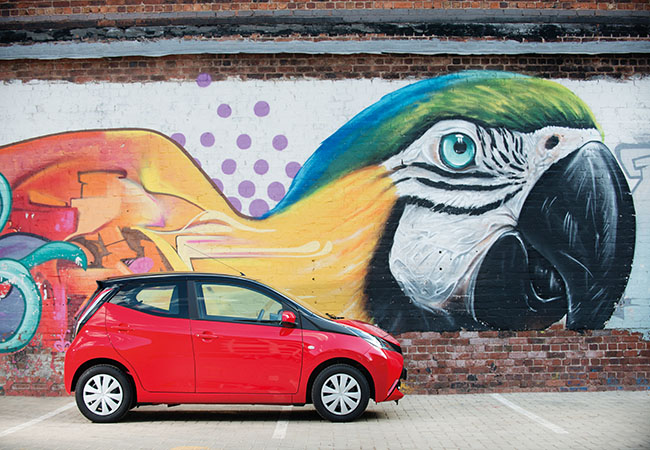 Small cars are a sector Suzuki knows very well, with most of their investment going into hatching more derivatives off similar, established parts. Indeed, a third of Suzuki’s model range can be found nipping right under the psychological R200 000 barrier. The Swift may lack a dollop of flair compared to tech-whizz rivals, but makes up ground in other important areas.

‘Produced in India’ hasn’t translated into serious shortcuts in quality, at least – the wheels have more profile, which is a blessing with our potholes – and when it comes down to the nitty gritty of driving around, you’ll find the precise feedback from the steering, brakes and gearbox a revelation.

This is something of a rare driving gem in this league of sidewalk posers, and the recent addition of Bluetooth to its GL models means the Swift isn’t even devastatingly uncool.

A stocky 1.2l four-cylinder engine seems comparatively gargantuan, but fuel consumption still registers in the low 5.3 l/100 km range, so there are plenty of fun-filled kilometres to be extracted from a single tank. 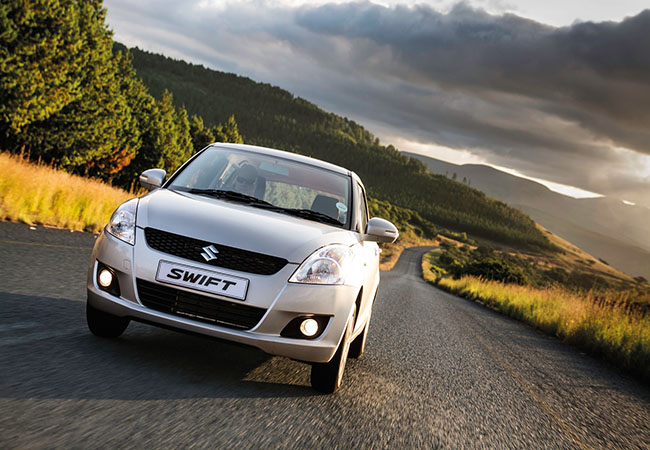