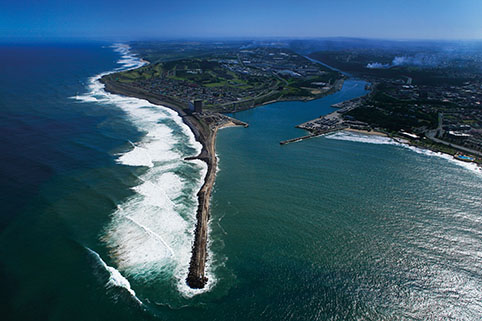 This gateway to the Wild Coast boasts beaches and surf spots
aplenty, and loads of history and culture too. By James Bainbridge

1. Out and about
Ann Bryant Art Gallery

This excellent collection of SA art, featuring works by the likes of Cecil Skotnes, Irma Stern and Tinus de Jongh, occupies an elegant Edwardian mansion. Many pieces are from the 1960s, but there are also contemporary local artists on display, and temporary exhibitions are staged. The building is an experience in itself, with its twin-gabled wedding-cake facade and a cafe in the old coach house. Stained glass and ornate elements, such as a cornice moulding with cherubs’ faces, create a refined interior. The house cost the princely sum of £3 000 to build in 1905 (around R5.5 million today).
9 St Marks Road, Southernwood
043 722 4044, www.annbryant.co.za

2. Out and about
East London Museum

The city museum does the Eastern Cape’s rich natural history justice, filling two floors with fossils, the world’s only known dodo egg and a stuffed coelacanth. (When this prehistoric fish – previously considered extinct since the Cretaceous Period – was caught near East London in 1938, the South African Press Association called it ‘the best fish story in 50 million years’.) Another fascinating local find on display is the oldest trace-fossil human footprint, dating back 124 000 years. Upstairs, exhibits cover this treacherous stretch of coastline’s maritime heritage and Xhosa social history and craftwork.
319 Oxford Street, Southernwood, 043 743 0686, www.elmuseum.za.org

3. Out and about
East London Zoo 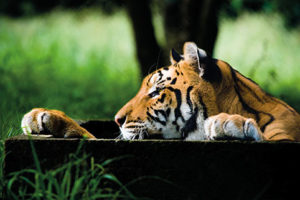 A good choice for family outings, the zoo in Queens Park has more than 300 animals, including various antelopes, lions, tigers, hyenas and African wild dogs. The crocodile, chimpanzees and endangered sungazer lizards are popular. The zoo has a successful breeding programme, which has seen blue duikers, lions and marmosets born there. The surrounding park, which was opened as a botanical garden in 1890, provides a leafy environment with a mix of indigenous and exotic vegetation, including endangered cycads. Look out for the Victorian fountain near the chimp enclosure and Gately House, built in 1876 and now a museum containing original furniture.
Beaconsfield Road, CBD, 043 722 1171, www.el-zoo.co.za 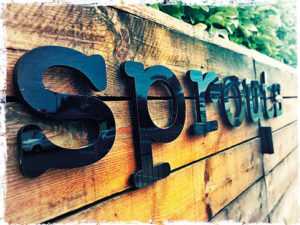 A suave northern suburbs hangout, this bistro’s name is less an homage to the humble Brussels sprout than a nod to growth, freshness and energy. You will certainly feel energised after a meal of pizza, pasta or salad, enjoyed amid the exposed woodwork and contemporary art.
It does some great platters to accompany a glass of Chardonnay (including cheese boards, meze and antipasti). It also hosts regular live music and wine tastings.
11 Beach Road, Nahoon, 043 735 3841
Sprouts Bistro & Wine Bar

5. Eat and drink
The Roxy 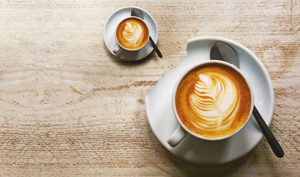 This northern suburbs meeting point is owned by the Roxy sisters: twins Marcia and Margot and big sis Cheryl. Its arcade setting creates
an unremarkable first impression, but the twins’ artwork and eclectic decor of glinting mirrors and lights whisk you down the rabbit hole. The walls are hung with striking portraits of African chiefs and regal storybook characters. They do a good line in decadent cakes and muffins, with burgers, wraps, salads and pita melts also on the menu.
Chamberlain Square, 13 Chamberlain Road, Berea, 043 726 2444

6. Out and about
Imonti Tours

Registered tour guide Velile Ndlumbini explores Xhosa culture and local history on his half-day and full-day tours (starting at R220 per person). The city tour includes the sand dunes of Nahoon Point Nature Reserve, while the township tour visits Mdantsane, one of the country’s largest such settlements and the home of boxing in South Africa. Further afield, you can visit a Xhosa village or explore the roots of a great leader on the Nelson Mandela Freedom Trail, which takes in Mthatha, Qunu and Mqhekezweni. Likewise, the Steve Biko-themed tour, which includes the University of Fort Hare, is a great way to see more of the region.
9 Chamberlain Road,
Berea, 083 487 8975
www.imontitours.co.za

This Quigney Beach favourite sits atop the Windmill Roadhouse drive-in, with ocean views beyond the celluloid-lit patrons guzzling burgers in their cars. Its bustling atmosphere bears testament to the popularity of the umbrella drinks and Mediterranean-flavoured menu. Cafe Neo is named after the Greek kafeneío coffee houses; and pizza, pasta and paella all feature on the extensive menu, alongside the usual steaks, burgers and wraps.
128 Moore Street, Quigney
043 722 4531
Cafe Neo East London