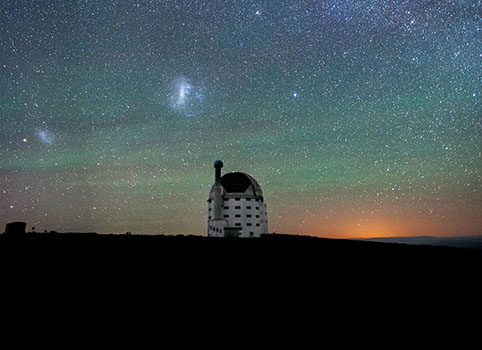 Used for plotting a course, devising a calendar or explaining the meaning of life – the influence stars have had on humankind is far-reaching. And there is nowhere better to experience the intrigue of the night sky than Sutherland.
By Mark Samuel

I felt small, very small. But not in a depressing sort of way, and certainly not because of the town I was standing in. Sutherland, on the fridge of the Northern Cape, is little more than a cluster of buildings along a very neat main road. So chances are, if you hail from a big city, this place will seem tiny.

Yet I felt minuscule. That’s the effect looking through the viewfinder of one of Jurg Wagener’s powerful telescopes had on me.

Wrapped up warmly in our thick jackets, beanies on our heads and long johns under our jeans, our evening stargazing session had started at 8 pm sharp, a short distance out of town.

Like the vastness of outer space, this retired bank manager’s knowledge of astronomy and the southern skies seemed limitless. ‘There are no stupid questions on my stargazing tours’, he reassured us. ‘Feel free to ask anything about what you see.’

Someone’s ‘Well, how much can we actually see?’ kicked us off.

‘Imagine that you’re standing at your window, looking into your garden. The fence in the distance represents the edge of the known universe,’ explained Jurg. ‘What we’re looking at here is roughly the two-centimetre sill at the base of your window.’

Infinitesimally small then, I thought to myself.

As the night progressed, the full expanse of the dark sky became Jurg’s canvas. The Southern Cross and its pointer stars, and the Jewel Box cluster tucked in next to it received special attention.

Jurg’s enthusiasm was unmistakable: ‘To the naked eye, the Jewel Box looks like a single star; look through the telescope and you’ll see it’s actually an unforgettable grouping of multicoloured stars.’

Positioned adjacent to the second brightest of the Southern Cross’s stars, Beta Crucis, the Jewel Box is regarded as a new grouping. At around 10 million years old, it’s packed mainly with very hot blue-white stars, cooler bright red stars dotted among them.

But stars were not the only celestial bodies in the limelight that night. Saturn, with his extraordinary orbiting system of ice rings made an appearance, as did hefty Jupiter and his many moons. Very soon, above me, I could identify clusters, clouds and constellations – or I thought I could.

Stargazing is the main reason for a visit to Sutherland, but it’s not the only one. This little town is one of the coldest spots in South Africa, which can make for a pretty fun visit when it snows in winter. It’s also home to the South African Astronomical Observatory (SAAO) and the aptly named Southern African Large Telescope (SALT).

A 15-minute drive from town takes you to a koppie, 1 800 m above sea level, and the SAAO observation station. Take a daytime tour there to vastly expand your knowledge of our solar system and way, way beyond.

SALT is the largest optical telescope in the southern hemisphere, and it is quite something to behold with its 11m hexagonal primary mirror array, which is made up of 91 individual mirrors. It is not the only big telescope up there, however. Numerous others, operated and used for research by a mixture of nations, dot the alien-like landscape – which makes for rather otherworldly photographs itself.

A rare blanket of cloud enveloped the heavens on our last night, ruling out stargazing, but allowing us to dine guilt-free indoors next to a crackling fire. We may be just tiny specs in the universe, surrounded by the unknown, but it’s still comforting to indulge in the simple, tangible pleasures of food, fire and friends on a chilly night.

JUST HOW SMALL ARE WE?

In the time it takes to snap your fingers, light can travel around the world seven times. A light year is the distance light travels in one year. Proxima Centauri, the closest star to us (and to the Sun) is 4.24 light years away (or roughly 40 trillion kilometres).

Our Sun is considered a small star, yet approximately one million Earths would fit into it. In comparison, a star named UY Scuti is accepted by many astronomers as the largest known star. Located some 9 500 light years away from Earth, it has an estimated volume five billion times that of the Sun. If it replaced the Sun, its outermost layers would reach all the way to the orbit of Jupiter or maybe even Saturn. (To put this into context, Earth is the third planet from the Sun; Jupiter and Saturn are numbers five and six).

My Ginger Ale-coloured Ford Kuga, on long-term loan from the manufacturer, took us to the stars and back on this trip.

This SUV is exceedingly comfortable, both on long-haul journeys and around the city. We averaged 7.0 l/100 km from Cape Town to Sutherland and back –covering some 700 km.

The range-topping Titanium 2.0 TDCi Powershift AWD model boasts a legion of prominent features. For me, the most significant are the auto start-stop, hands-free power tailgate, rain-sensing wipers and 10-way power adjustable driver’s seat. (Look out for my in-depth review
of this car, in a future issue).

From the N1 at Matjiesfontein, turn north on the R354, which will lead you straight there.

There are a number of comfortable accommodation options in Sutherland, plus a caravan and camping ground, but we felt at home at Kambrokind B&B. Owner Juanita Hutchings epitomises friendliness and we left feeling like old friends.

It’s a family business: the Hutchings operate other guest houses in the town itself and self-catering houses on their farm just outside it. (Jurg Wagener, who offers evening stargazing experiences, is Juanita’s father).
023 571 1405, 071 491 2446
www.sutherlandaccommodation.com

For other places of interest and spots to stay, contact Northern Cape Tourism.
www.experiencenortherncape.com 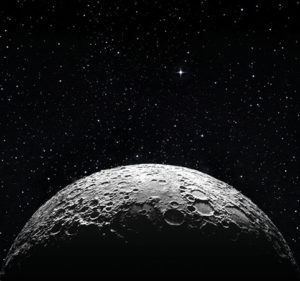 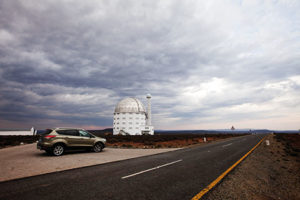