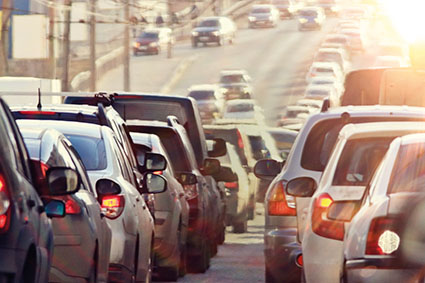 The broad range of Wynn’s automotive chemical products will help ensure your vehicle runs efficiently, and with less environmental impact

South Africa lags behind many developed nations, when it comes to matters of fuel quality. No sooner have we embraced 50 ppm diesel on a broad scale, than the latest turbo-diesel engines require fuel as low as 5 ppm to achieve peak performance in terms of fuel efficiency, exhaust emissions and reliability.

‘Ppm’ (parts per million) in this case indicates the maximum allowable amount of sulphur in diesel fuel, with modern refining techniques steadily reducing that figure. Depending on the engine design, the sulphur in diesel fuel can result in high soot emissions, premature oil contamination, reduced power and increased consumption, and high noise levels.

The side effects of using substandard fuel (including a mix of 50 and 500 ppm that you may unwittingly be pumping straight into your brand-new imported turbo-diesel) can include blocked fuel injectors and a clogged particulate filter and exhaust-recirculation valve. Despite an engine’s best efforts to purge itself (which it’s often designed to do), using the incorrect fuel can eventually lead to permanent damage to these systems. Even cars that are designed to run on 50 and 500 ppm can encounter problems when used for very short journeys in stop/start traffic.

Similar issues have become apparent with petrol, where substandard quality can cause an immediate degradation of performance and economy. Worse yet (as with diesel), there is also the potential for lasting damage to engine valves and other components, such as the catalytic converter.

Fortunately, additives expert Wynn’s has been in the business of preventing small problems from becoming large ones since 1939. Perhaps best known for its range of car-care products and the ubiquitous Cleen Green, Wynn’s is also an industry leader in high-tech fuel products. These enable your petrol or diesel to play an important secondary role – not just keeping your car going, but also keeping its intake and exhaust systems spotlessly clean and thus able to work effectively.

At Wynn’s, the philosophy is that prevention is better than cure. Its technologically advanced fuel additives are designed not only to maintain maximum efficiency, but also to restore systems that have been compromised by substandard or incorrect fuel usage and to counteract the added strain placed on components by real-world driving conditions. And maximum efficiency means your vehicle will use only as much fuel as is needed and produce the minimum amount of environmentally unfriendly emissions – a winning situation for everyone.

THE RIGHT PRODUCT FOR YOU

The diesel particulate filter (DPF) is an essential part of a modern engine’s management system, accumulating and then periodically burning soot particles in a controlled process. However, this can be hindered by ‘dirty’ fuel and by stop/start driving. The result? Sluggish performance and increased fuel consumption. A bottle of Wynn’s DPF Treatment should be added to the fuel every 5 000 km to ensure complete filter regeneration. Its formulation reduces the temperature at which soot particles will combust, thereby aiding the normal function of the DPF, while also regenerating a DPF that is already clogged.

A properly functioning injector squirts a mist of microscopic fuel droplets into the engine. The actual pattern in which the fuel is squirted is as important as the timing and amount (think of a garden hose on a jet setting versus a spray). If the spray is compromised, the fuel and air won’t mix properly before igniting, with the unburnt mixture creating black smoke. Unburnt fuel equals higher consumption and a loss of power – it’s going straight out the exhaust pipe.

This proven product restores the injector’s spray pattern. As with a diesel engine, the form of this spray is as important as the timing and volume of the fuel delivery. Large droplets translate into incomplete combustion and high consumption and emissions. Wynn’s Injector Cleaner, added to the petrol, restores the injector spray pattern by removing deposits, with significant benefits for performance and fuel efficiency.

For owners of classics and other old cars designed to run on leaded fuel and now forced to use unleaded as lead-replacement petrol is phased out, Wynn’s recommends the use of Valveguard to protect against valve-seat recession, a power-robbing condition that will eventually require costly cylinder-head repairs. Valveguard should be added to every tank of unleaded fuel.

Find out more about the Wynn’s product range at www.wynns.co.za.