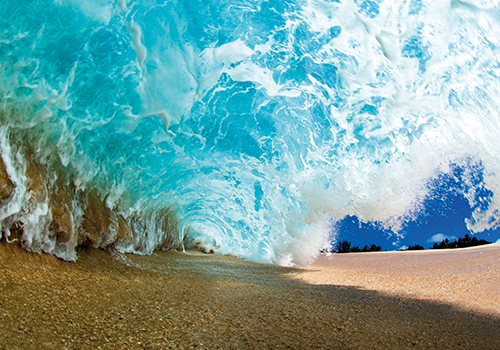 In 1970, when Clarke Little was two years old, his family moved to Oahu, Hawaii – an event that was to have a striking effect on his adult life.

In the ’80s and ’90s, he was a familiar face on the surf scene at Waimea Bay’s famous shorebreak. Then, in 2007, his wife wanted an ocean image to decorate their home. Armed with the confidence and knowledge of the sea gained from years of surfing, Clark bought himself a waterproof camera and started snapping. He soon discovered an amazing talent for photographing shorebreaks – among them dramatic waves that crash directly on to the beach – and capturing the raw beauty and power of Hawaii’s waves.

It didn’t take long for him to achieve global recognition for his work, which portrays the unique (and often dangerous) perspective of waves from the inside out. His first book, The Shorebreak Art of Clark Little, was published in 2009. Multiple photography awards later, this February he released his second book, Shorebreak, featuring waves from around the world. (Many of the images in this gallery are taken from this book.)

To view more of Clark’s work or to purchase a copy of one of his books, visit www.clarklittlephotography.com. 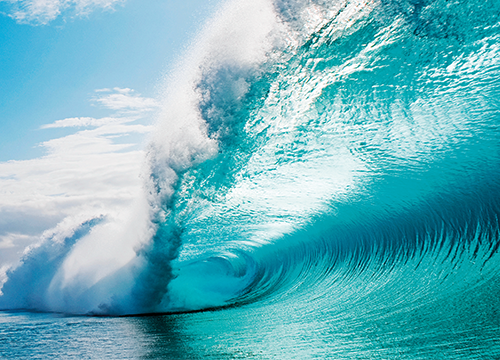 Memorial Day Taken in the late afternoon, this photo of a large wave was snapped seconds before Clark was enclosed by the tube. Location North Shore, Oahu, Hawaii 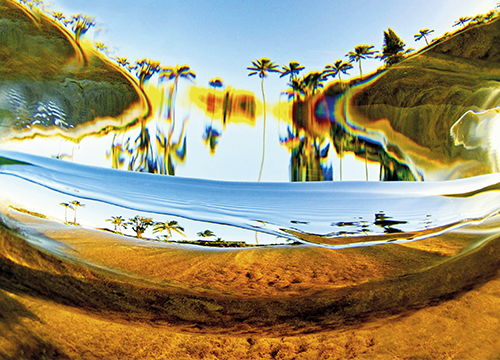 Kaleidoscope This was captured from underwater and behind a breaking wave, looking towards the beach. The curve of the wave has distorted the image, elongating the palm trees. Location North Shore, Oahu, Hawaii 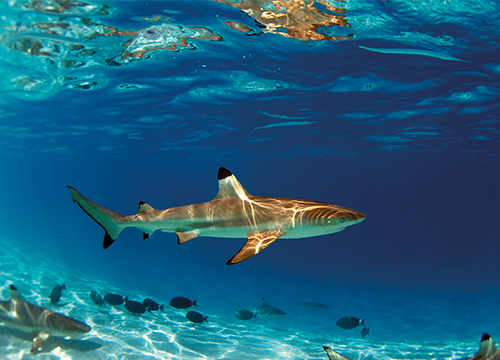 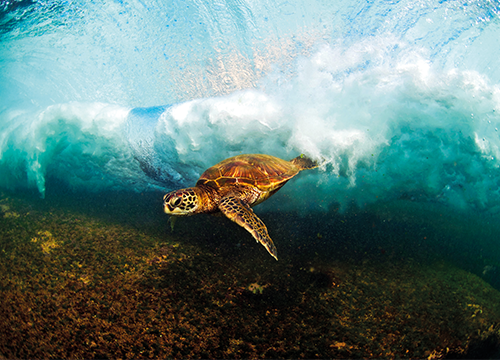 Close Call A honu (Hawaiian green sea turtle) punches through a breaking wave. These endangered herbivores come into the shallow reef areas at high tide to feed. They are skilled at positioning themselves to avoid the crashing waves. Location North Shore, Oahu, Hawaii