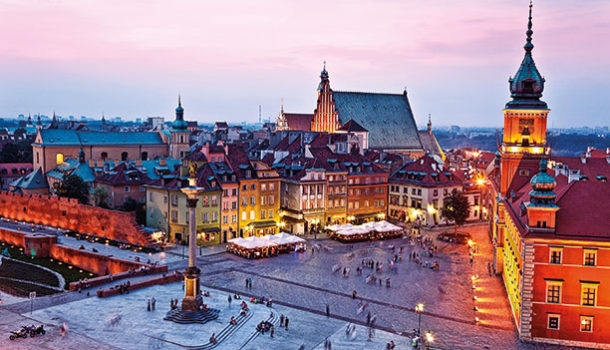 A trip to her motherland in search of Poland’s UNESCO World Heritage Sites takes Iga Motylska to medieval castles, cavernous salt mines, primeval forests and cities of dragons and dwarves

At least once a year, I visit family in Poland. On my most recent trip, before my relatives had too much time to fatten me up, I rented a car and took to the road. My mission: to explore a few of the country’s 14 UNESCO World Heritage Sites. I hit  play on a Best of Polish Rock CD and set out, travelling from Kraków in the south to Wrocław in the west; then on to Warsaw in the interior and finally to the north-eastern border with Belarus.

In Kraków, legends are intertwined with history and still told as bedtime stories. It comes as no surprise then that the city’s historic centre has been given UNESCO World Heritage Site status. As I ascend the 82m-high tower of St Mary’s Basilica, I can admire the Gothic and Renaissance architecture of the town square. Down below, pigeons are frightened into flight by horse-drawn carriages, settling again on the outstretched hands of tourists – provided they are full of grain.

Kraków unfurls her many tales on a daily free walking tour that begins at the foot of the basilica. Wooden marionettes wink at me as I browse the stalls of the Cloth Hall for sheepskin slippers, amber jewellery and other souvenirs. The radial cobbled alleyways lead me to the fortress that encircles the city centre, which is in turn surrounded by a man-made forest, home to hundreds of squirrels.

On its outskirts is the Jagiellonian University, which dates back to 1364. Nicolaus Copernicus, the astronomer who postulated that the sun was at the centre of our solar system, studied here. Further along, but still within walking distance, Wawel Hill rises up from the waters of the Vistula. The grassy banks are popular with locals looking for a quiet retreat or a picnic spot. I bid farewell to the sinking sun on a cruise downstream.

I’ve set aside a day to visit two more World Heritage Sites – each less than an hour from Kraków. The concentration camp of Auschwitz-Birkenau, built by the Nazis on occupied Polish land, is a sobering reminder of the World War’s tragic impact. Wilted roses left by visitors dangle from the barbed-wire fence at the entrance. Rooms filled with possessions – glasses, shoes, luggage – are an abacus counting the camp’s 1.1 million victims.

It’s with a lighter heart that I descend the 378 steps into the Earth’s cool belly at Wieliczka Salt Mine (never fear, there is a lift to the top!). Images chiselled into the walls tell stories of the mine’s 13th century origins. The large underground lakes are outshone only by subterranean St Kinga Chapel with its salt statues and crystal chandeliers.

Over the centuries, Wrocław has been claimed by the Kingdom of Poland, the Austrian Empire, Bohemia, Hungary, Prussia and Germany. The Island City with its tumultuous history is built on 12 islands, with more than 130 bridges arching over the Oder River. You can hire a rowing boat, kayak or motorboat to explore the waterways on your own, or join a catamaran sightseeing cruise.

The local joke is that the city is ruled by dwarves. There are 300-odd dwarf statues throughout Wrocław, with the number growing annually. One figure reads a book beneath a toadstool, while another slides down a lamp post. There are a pigeon keeper and a sleepwalker too, each one adding its own touch of magic. Take the dwarf tour, or get the free smartphone map to discover them at your leisure.

Then there is the Centennial Hall, Wrocław’s UNESCO World Heritage Site. When it was completed in 1913, the large, reinforced concrete structure marked a development in engineering and architecture. The quatrefoil form seats 6 000 people, making it an ideal venue for exhibitions, music concerts and theatrical productions.

Old and new coalesce in Poland’s capital. During the Second World War, 90% of the old town was destroyed, yet valiant reconstruction efforts – the Royal Castle was rebuilt from its own rubble – earned the historic centre UNESCO Cultural World Heritage Site status. Here, open-air cafes and art galleries spill out on to pedestrianised walkways and umbrellas outline the town square.

Warsaw’s medieval landmarks stand parallel to its more recent communist architecture and its modern skyscrapers. The controversial Palace of Culture and Science, which remains Warsaw’s tallest building, was gifted to the nation by the Soviet Union in 1955. I photograph the cityscape from the observation deck on the 30th floor, as trams wind their way through the streets below.

The Atelier Amaro, Poland’s very first Michelin-starred restaurant, is a shining example of the city’s old-new amalgam. The shell of an old municipal bathroom has been reimagined into a culinary studio that creates 21st century Polish cuisine: think salmon cured in beeswax and spare ribs prepared in hay, paired with a variety of vodkas.

Warsaw pays homage to perhaps its most famous resident, composer and pianist Frédéric Chopin, on Sundays, with recitals held at his monument in the Łazienki Palace’s gardens. Pack a picnic and enjoy. Chopin deeply loved his home town and – as per his wish – after he died, his heart, preserved in a jar of alcohol, was smuggled back here from France. It was later sealed within a pillar of the Holy Cross Church (another landmark lovingly reconstructed after being destroyed in the war).

Herds of woolly European bison roam what was once the royal hunting ground. The 15 200 ha Białowiea National Park – which covers only one sixth of the huge forest by the same name, which stretches into neighbouring Belarus – is Poland’s oldest national park. The very last wild European bison died in 1919. Yet, after decades of breeding and conservation efforts, the park is now home to around 500 of these large beasts.

Białowiea is Europe’s last remaining temperate primeval forest, its innermost reaches having grown for around 800 years with no human interference. This UNESCO Natural World Heritage Site boasts 52 mammal and 120 bird species. The moss-covered forest floor – there are around 200 moss species in the park – is one of its distinguishing features.

Besides my footsteps, bird calls and the occasional distant grunt, all is silent. There’s a sense of seclusion on each of the four guided walking trails leading into the depths of the forest. Along the two cycling trails (18 and 38 km), you pass a trickling river, a wooden village built in the style of bygone days and an old cemetery.

In the airport lounge at the end of my trip, I sip on a glass of ubrówka (bison grass) vodka (I challenge you to try that tongue-twister after a few of them). It is named after the European bison (ubr in Polish) and each bottle contains a blade of the grass on which the animal likes to feed. Pale yellow in colour and with a slight taste of anise, I enjoy mine on the rocks with a dash of apple juice. It’s the perfect drink as I ponder which fascinating parts of my heritage to investigate on my next trip to the motherland. Na zdrowie!

A legend dating from the 12th century tells that a fire-breathing dragon lived in a cave beneath Kraków’s Wawel Castle and terrorised the town’s inhabitants –he particularly enjoyed devouring young maidens. Finally, a cunning shoemaker’s apprentice named Skuba coaxed the dragon from his lair with a dead sheep, which he had filled with sulphur. After eating the sheep, the dragon had such bad heartburn he drank from the Vistula River until it was almost empty. In fact, he drank so much, it made him swell and explode! A bundle of bones – said to be his – still hangs chained up at the entrance of Wawel Cathedral.

Poland is bitterly cold in winter, so it’s best to visit from May to September. For more on when to go and what to see, visit the Polish National Tourist Office website.
www.poland.travel

Emirates operates daily flights from Cape Town and Joburg to Warsaw, via Dubai. As with other European Union countries, South Africans require a Schengen visa to visit Poland. For all the details, contact the Polish embassy.
www.pretoria.msz.gov.pl

PKP (Poland’s railway) and PKS (Poland’s regional and local buses) are reliable. Most cities have a subway or tram system.

If you’d like to rent a car, you will need an international driver’s licence. This is easily obtainable via the AA.
Visit www.aa.co.za and click on ‘Travel’ and ‘Going overseas’ for more info.

While Poland has been a member of the European Union since 2004, it retains its own currency. The złoty is worth roughly  three South African rands, with prices on par with those at home. 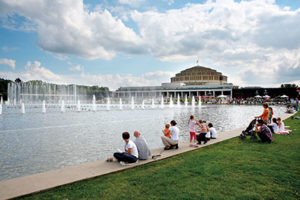 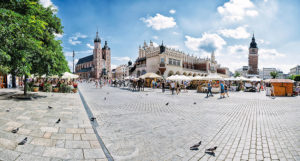 The main market square in Krakow Bustles with people in summer 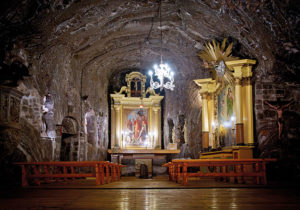 THE WHEEL DEAL IN LIVINGSTONE – ZAMBIA