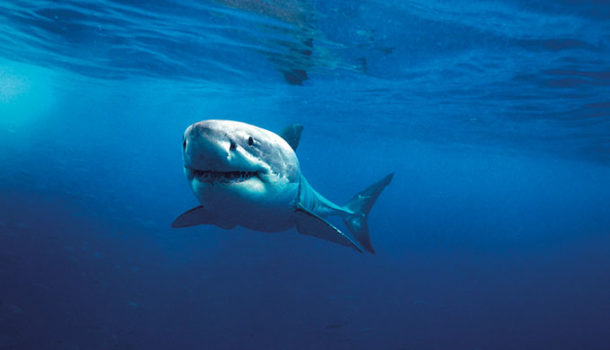 Great whites are in for a shock if they try to visit Cape Town’s Glencairn Beach this summer – an experimental electronic cable will hopefully deter them. Geremy Cliff, head of research at KZN’s Sharks board, explains to Glynis O’Hara

What exactly are you doing at Glencairn Beach?

We’re testing an electronic shark-repellent cable, which may give us a much more environmentally friendly alternative to the shark nets widely used in KwaZulu-Natal. That’s because it won’t harm any marine life; nor will it have any effect on humans. The test cable, 100m long, will be installed parallel to the shore, beyond the breakers, sometime between early November and the end of March and activated in daylight hours.

It will be safe for humans, because the charge it will put out is 100 times less than a life-threatening shock. The main cable will be on the sea floor in water 6m deep, but, if anyone should touch it, nothing would happen – the cable is insulated. Vertical, semi-rigid risers from the cable may cause a light tingling sensation if someone touches them. We’d rather the public stay away, of course (any users of pacemakers are advised to keep at least 5m away), and it is pretty far out.

There will be indicator buoys at either end of the cable to show surfers, boaters, kitesurfers and kayakers where the cable is. Nothing will happen when someone paddles out over the risers, but people have to avoid getting entangled in the buoy cables. The beach will still be completely open to the public, of course, and there will be signage up to inform them of the experiment.

Why is the KwaZulu-Natal Sharks Board doing research in Cape Town?

The cable was developed and built by the Institute for Maritime Technology in Simon’s Town to repel great white sharks, which are the most commonly found in the waters off the Western Cape. Great whites often swim to the surface during the day (which other species don’t), so it’s easier to monitor their movements and their responses to the cable.

What effect will the installation have on the sharks?

We’re not trapping them, we’re simply creating a level of discomfort that we think will make them turn away and move off. Sharks are highly sensitive to electromagnetic fields, much more so than human beings and most other marine life.

We have been dabbling with similar electronic repellents for two decades, but didn’t have the funds to pursue this before. Plus, now the miniaturisation of circuit boards and electronics has made the whole project much easier to get off the ground.

We’ve previously used this technology in a personal shark-repellent device for scuba divers and other ocean addicts. Called a Shark Shield, it’s like a battery pack you attach to a surfboard or scuba outfit and it’s been proved to be effective.

Will the cable pose a threat to whales?

We are running the experiment now, specifically, when most of the whales have gone to Antarctic waters. There are still a few around in November, but it won’t harm them because it has been specially designed to prevent entanglement. And, on top of that, the system will be under constant surveillance by shark spotters and by video camera and, if we do see whales approaching, we can just switch it off.  There will be a boat stationed at Fish Hoek Beach that we can call on to come and herd the whales away and a whale expert will be on standby too.

So, will this technology make Glencairn Beach safe from shark attacks?

No, it is still in the experimental stages and, at 100m long, the cable covers less than a third of the frontage.

Why bother going to such great lengths to ward off the sharks without hurting them?

They are essential to the ecosystem, to maintaining the balance in nature, to ensuring stability and to avoiding any unforeseen knock-on effects.

Our responsibility to the environment means making sure all the components are there. More than 90% of all marine predators have already been lost due to overfishing and we want to avoid losing any more thanks to net entanglement, hence the initiative.