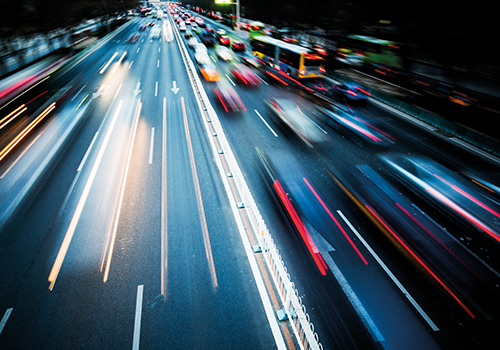 The recent announcement that the penalties for traffic violations in the Western Cape are increasing has sparked a fresh debate on the topic. Jack Starkey adds his view

During weekday rush hour, I can almost guarantee that, within minutes of leaving home, I’ll have witnessed at least five law-breaking actions by other motorists: passengers not wearing seat belts; drivers talking or texting on cell-phones; others overtaking on solid lines, running red lights and using the traffic circle incorrectly.

And that’s without mentioning such things as expired licences, faulty lights, overloading, worn tyres and vehicles in generally unroadworthy condition. Like all the others, these infringements are subject to fines. If you get caught…

Let’s be honest, when it comes to the rules of the road, South African drivers can be rather ill-disciplined. The reasons for this could be debated for hours, but the fact is that enforcement of the laws is minimal, to say the least. (With the exception of speeding, which carries such an air of suspicion it’s hardly ever seen as a fair cop, regardless of actual guilt.)

The lack of police presence, stories of ‘Let’s make this a spot fine, Officer. How much will that be?’, the delayed implementation of the Administrative Adjudication of Road Traffic Offences (AARTO) Act demerit-points system, and the general apathy towards paying up until impending arrest is threatened, all contribute to our laissez-faire attitude towards fines. The system of indicating any unpaid fines on a vehicle-licence renewal form and refusing to issue a new licence until the debt was settled was an excellent one. Actually, it seems it is still in place, but simply not implemented.

In June, Western Cape Minister of Transport and Public Works Donald Grant announced that fines for traffic offences in the province would be raised. According to the department’s statement: ‘We welcome this move as it adds weight to the seriousness of these violations, which perpetrators may have previously shrugged off’. All well and good, but only if the tickets are actually paid. In August 2013 it was reported that, since the test phase was rolled out in Johannesburg and Tshwane in 2008, a mere 13% of fines issued under AARTO had been collected.

The aim of implementing AARTO is to get all of SA’s provincial and municipal traffic departments on the same system, working with the ENATIS (Electronic National Administration Traffic Information System) database. Then, once the national roll-out is complete, all traffic fines will be administered by AARTO and the demerit-point system will finally come into effect. However, as of August, there is still no word of when this will actually happen.

The new system will bring new rules and regulations governing traffic fines and the payment thereof and, inevitably,  new quibbles. For now, the Western Cape Government lays out the procedure to follow if you believe you’ve been wrongly fined (this applies everywhere but in Gauteng, where AARTO has a similar process for challenging fines):

AARTO or not, it’s unlikely we will witness either a greater police presence or a dramatic improvement in national traffic-law enforcement any time soon; neither can we expect a sudden increase in drivers’ respect for the rules of the road. So fines will remain a thorny issue. But this needn’t be the case. There are so many easy ways to pay: via electronic funds transfer, over the counter at major banks, and even at selected supermarkets. In the meantime, if you are issued with a fine, be honest and pay up.

The AA’s team of experts is on hand to answer queries about the law and your rights. Visit www.aa.co.za.

There are two types of traffic fines you can receive. This is how they’re defined in most of SA (the AARTO categories are similar, but enforcement is handled slightly differently, as it is an adminis-trative rather than a criminal code):

1. A Section 56 notice is given to you in person by a traffic officer, usually for a moving violation (for example, speeding or failing to stop at a red light). It has a court date and gives you about 30 days to pay before your case goes to court.

2. A Section 341 notice is sent via post for a moving violation caught on traffic camera or for a traffic ticket issued in your absence (for example, an expired licence disc or illegal parking). It does not have a court date on it but is a first notice before summons. The relevant traffic department will issue a second notice before the actual summons. After this, you have about 30 days to pay (or contest your fine in writing) before your case goes to court.

Words to drive by
Copyright AA traveller 2016
Back to top