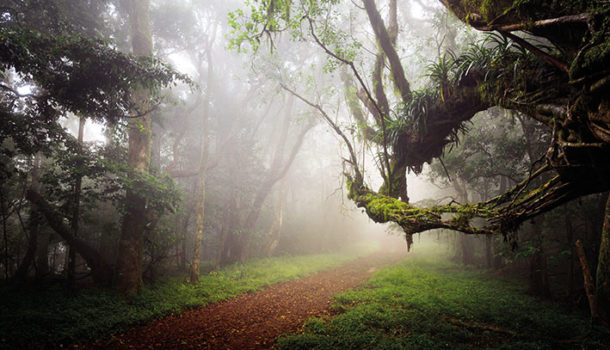 With rustic guest cottages, delis and galleries galore popping up, it sometimes seems the country’s less visited areas are fighting to be noticed. Meanwhile, the often forgotten mountain region of Magoebaskloof is quietly blossoming.
By Peter Frost

Taking the Polokwane off-ramp from the N1, I find myself in the middle of a caravan of dozens of minibus taxis. Perhaps this wasn’t such a good idea after all; to go in search of a region I had last visited 25 years ago. Especially in September, when the Zion Christian Church celebrates its second festival. Every year, hundreds of thousands of believers descend on Moria city and the R71 from the N1 becomes a carnival of chaos.

But I check myself. Emerson was right: life is a journey, not a destination. I shelve my 100 km/h expectations and settle into a slower rhythm. Around me, the world comes alive at a different pace, filled with colour and spectacle. There is a pony trap carrying worshippers ahead. It’s covered in blue and white bunting, a small child is handing out buns and I hear a song as I pass by. Most everyone is cheerful, en route to something that matters, and I’m more than a little bit chastened. Anyway, the road is in a fine state – recently upgraded, wide tar – and it is coping admirably with the weight of massed pilgrimage.

Soon enough, through the orange sellers, O Holy Night from an ancient Cressida and a proffered Fizz Pop from a passing child, Moria city rises up on the right – a jumble of buildings, coach parking lots and dust roads.

It is not entirely unlike its namesake in Tolkien’s Middle-earth kingdom. The mountains have something to do with it, looming behind the settlement like sentinel protectors of some hidden prize. It’s hard to believe that these peaks, the Wolkberg sub-range, are in fact the far reaches of the Drakensberg – a gigantic spine that extends well into the Eastern Cape, itself part of the Great Escarpment necklace separating the South African plateau from the coastal regions.

As we pass beyond Moria, the braid of traffic thins to next to nothing and the R71 snakes into the Wolkberg. A clear, bright day gives way almost instantly to a misty soup, overhanging trees framing the beautifully engineered pass. Then, just as suddenly as Moria disappears, Haenertsburg appears – a very English South African antithesis of that teeming, religious swell. Or not. If Moria is the gateway to a better life, Haenertsburg is a portal to a gentler existence – whether for a weekend or a lifetime.

I’m pleasantly surprised. I’d expected the village to have fallen foul of water and management issues in the years since my last visit. But it feels alive, looks well tended and there is a discernible energy in the tree-lined streets. The motivation may be its annual Spring Festival.

Every September, Haenertsburg is at the epicentre of this regional festivity, a time when the area’s floral abundance is on display. Banks of azaleas and flowering cherries, open gardens and street parties bring revellers from across the country.

There are, of course, some changes since last I visited. In the village, Minki’s is the very hip, very popular new coffee shop and deli, and there are a few recent additions to the well-loved pub-crawl route. (The Iron Crown Pub & Grill seems to be the most popular.) But, mostly, Haenertsburg does what every successful village does – swaps owners and moves businesses often enough to keep things lively, while maintaining a critical mass that ensures a stable bedrock of entrepreneurship.

The Red Plate next door to Minki’s is a much-loved restaurant, known for its wide deck in summer, open on to the main drag, good for watching locals and tourists amble past. Haenertsburg has to be one of the best-kept secrets in the land – manageable and friendly, very British in a Greyton sort of way, but down to earth too.

Magoebaskloof is more than just picture-postcard villages though. It is a mountain playground, good for both organised and impromptu pursuits. To get the best out of the region, a 100 km circular route beckons. This includes the R71 from Haenertsburg, then turns right on to the R36 and completes the circle back to Haenertsburg on the George’s Valley Road, the R528. The scenery is spectacular – as is the road itself – and the top attractions in the area are mostly on, or near, this route.

The region caters to the lazy urbanite with its crocodile ranches, farm stalls and booze cruises on dams; just as it attracts the more adventurous with any number of mountain-bike and walking trails, a treetop zip-line slide, trout fishing, tucked-away organic farms and various nature reserves.

And, while the zip-line canopy tour and the Ebenezer Dam cruises are well publicised, there’s a hidden road that exemplifies all that is quietly magical about Magoebaskloof.

Just past Haenertsburg, on the R71, turn down Houtbosdorp Road. It is an excellent forestry road that leads to the Cheerio, Kuhestan and Wegraakbosch farms. Cheerio and Kuhestan headline at the festival, and it is not hard to see why. Both are run to exacting standards and are as beautiful as they are efficient.

At Kuhestan, which is operated along organic principles, Brett and Iranian-born Shahrzad Hone make their own cordials (they import the rose essence from Iran) and preserves. There’s also a small shop selling carpets – Persian, of course. Set in the middle of the expansive farm are two houses for rent, custom built and contemporary. Shahrzad, a Baha’i and an intellectual, is the gardener and her handiwork is an astonishing spectacle, with views as impressive as those banks of azaleas and cherry trees.

Wegraakbosch Organic Farm, a little further on down Houtbosdorp Road, is a different kettle of fish – a step back in time. It is run by Nipper and Sylvia Thompson, custodians of a cheesemaking process that is refreshing in its simplicity and brilliant in its results. Their cows are Brown Swiss and the range of cheeses (Emmenthal, Tilsit, Havarti) they make are world-class.

But, if its organic farms are among Magoebaskloof’s cultivated attractions, the untamed areas (including the Agatha and Woodbush forests) are well suited to wilder fun. The best place to get a sense of the area’s mountainous remoteness is at the Debengeni Falls, located deep in the Woodbush Forest Reserve, a mostly indigenous swathe of woodland that feels a lot like the Knysna Forest region.

Well signposted, the falls are three kilometres off the R71 up a rutted but passable logging road, and well worth the effort. They cascade in a three-part descent, with beautiful pools in-between and a sensitively designed picnic area set among the trees. It’s a special place and not often crowded.

A week later and the weird morphing of one world into another happens again as I descend the Wolkberg. The mist of the Magoebaskloof is suddenly gone and Moria reveals itself in clear, humid heat. The crowds are gone too and the road to Polokwane and the N1 is curiously, unnaturally quiet.

I fancy I imagined the whole Moria pilgrimage, but he’s still there at the Ga Thoka intersection, my little man with his bag of Fizz Pops. I have to buy one this time, but that’s okay. The smile is still the same. A Magoebaskloof break turned out to be a lesson in slowing down – in more ways than one.

Zwakala River Retreat
Rob and Denise Tooley have lived on ‘the mountain’ (Wolkberg) forever, and they’ve created an eco-retreat on their farm near Haenertsburg village that is as restful as it is responsible. Choose from Legodi Cottage, The Cob House, The Barn House or The Farm House. Our choice is Legodi, a two-bedroom cottage built on two levels with a deck that looks out on to the river below.

Zwakala River Retreat is mostly off the grid, which means cooking and heating are powered by gas or nature – staff come to light the boiler in the morning and put out the lanterns at night. It’s a magical, romantic, totally private escape.
www.zwakalaretreat.co.za 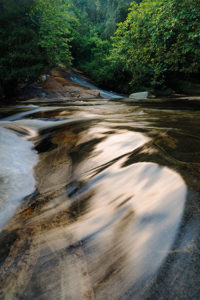 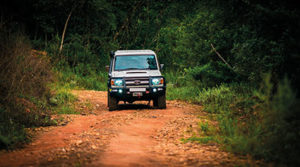