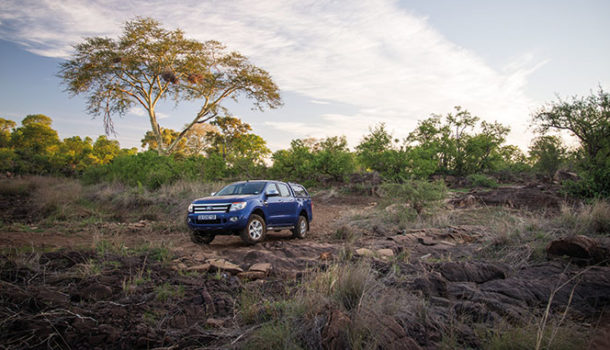 It’s a little-known fact: an easy drive from Gauteng will get you into the huge, untamed transfrontier park we share with Mozambique. Mark Samuel headed off-road and across the border, for some bush-camping at its best

Our Ford Ranger’s wheels have been rolling for hours, devouring first Gauteng’s tar, next Limpopo’s, then the Kruger Park’s. Now, at last, under a bright green canopy of mopane trees and thorny acacias, we are feeling at peace. Bushveld has that effect.

The border official in his neat blue uniform is squinting at our passports. Giriyondo, the SA–Mozambique entry point on Kruger’s eastern fringe, is an efficient little cluster of buildings. With pages stamped; papers in order; bakkie, gear and groceries inspected by the armed guard; we’re soon on our way again, now with only gravel under our wheels and high-range 4×4 engaged. No tar roads, no fences, precious few tourists and not a trace of civilisation… This is what we have come here for.

Peering out of the Ranger’s cabin, I’m mesmerised by the setting – this is my second visit to the park and I’m still completely in awe. Animal sightings are sporadic in comparison to Kruger, but the evidence is there: The odd unsteady elephant-bullied mopane tree, testament to the herds that move through the area. Spoor in the sand hinting at the antelope and predators that call it home. And there are birds everywhere.

During my first visit to the park five years ago, we forged our way along the Shingwedzi Trail, bush-camping with off-road trailers towed behind our 4×4s, getting stuck in dried-up riverbeds and generally putting our vehicles and ourselves to the absolute test.

Our official mission this time round is to pioneer a new 4×4 route with our guide, Janco Scott from Transfrontier Parks Destinations. Unofficially, we are following the elusive trail of Voortrekker  leader Johannes Jacobus ‘Lang Hans’ Janse van Rensburg.

After parting ways with Louis Trichardt and his group in 1836, Van Rensburg’s small party continued their arduous trek through the now Kruger Park, towards Delagoa Bay (Maputo). However, they never made it to the coast. En-route, at a site somewhere on the Limpopo River, they were killed in a battle with the local Zulu clan. The story goes that only two children escaped, but even they later succumbed to disease…

In 1839, Trichardt’s son Carel buried the group’s remains near the confluence of the Elefantes and Limpopo. Finding their gravesite is a needle-in-a-haystack search, perhaps, but it’s the kind of thing that seems worthy of an adventure into the bush.

Despite its 11 200 km² size, Kruger’s Mozambican cousin, Parque Nacional do Limpopo (or ‘PNL’ to keep your tongue untwisted) is a secret that has remained hidden from most South Africans. The exception is the few Gautengers who’ve discovered the route through Kruger and PNL to the Moz coast is a hassle-free bush-to-beach detour compared to the busy Komatipoort crossing further south.

It’s rather odd to encounter a large ski boat being towed through remote African bush, hundreds of kilometres from the sea. But, that said, those encounters are infrequent and – even if you do spot a fellow adventurer – all you need to do is head off the main road down a quiet, dusty trail and you’re quickly cloaked in dense vegetation.

It has now been nearly 14 years since this region was declared a national park. A year later, in 2002, the Great Limpopo Transfrontier Park (GLTP) was created, a mega-reserve consisting of the PNL in Mozambique, Kruger National Park in South Africa and Gonarezhou National Park in Zimbabwe – together forming a vast protected area of 35 000 km² that was opened to the public at the end of 2005.

PNL’s western border is shared with the Kruger Park, but much of the fence here has been taken down, allowing for the natural movement of wildlife. The mighty Limpopo River forms the eastern and northern boundaries, and the Rio dos Elefantes (South Africa’s Olifants River) and Massingir Dam make up the southern perimeter.

Don’t get me wrong, Kruger is one of my favourite places, but PNL is different – even better in many ways. I’m not a fan of being nannied, and that’s sometimes the feeling I get in Kruger.

In PNL, you’re in unspoilt African bush, with no tarred roads, little in terms of infrastructure, and certainly no coffee shops or curio stores. If you’re with an official guide on an organised trip, you can even climb out of your vehicle to stretch your legs. And the best part is, you’re only hours from Gauteng.

The camping is wild too. It’s exciting to know that nothing but bushveld is separating you from the lions roaring in the distance at night, or the leopard making his territorial panting growls close by, up the dry riverbed. This is how exploring in Africa is supposed to be – unfenced and exhilarating.

Take in all you need – including water, food and firewood – and take everything out with you when you leave – except for your tyre tracks and footprints.

After a final night spent in plush, safari-tented lodgings at Machampane Wilderness Camp, near the border, we slip effortlessly into our bush-camping ritual. Come late afternoon, a suitable spot is chosen, the tents are set up and the campfire is lit. Soon, the boerie is sizzling on the grid and the friendly banter is flowing, all under a heavy Milky Way star blanket.

Unlike in Kruger, buffer zones within the PNL are still home to communities, many of whose residents rear their cattle within the park. Having zigzagged our way through the reserve, with a stop for some unrivalled tiger-fishing on the Rio dos Elefantes thrown in just for good measure, it is to one of these villages – not far off from where the Elefantes and the Limpopo meet – that our historical mission finally takes us.

Soon, the district’s chief and a few elders are crammed into our vehicles’ too-few open seats, directing us to where the Voortrekkers’ remains are rumoured to be buried at a stand of baobab trees. Kilometres later, we park and cover the last few hundred metres on foot under the sweltering midday sun. Instead of a mighty tree trunk, we find ourselves standing next to a large hole where a huge baobab apparently died almost 50 years ago. This, we’re told, is where Lang Hans was laid to rest.

Our journey hasn’t revealed conclusive evidence of the ill-fated Voortrekkers’ resting place; but, as we share our ice-cold drinks with our distinguished guests, it’s definitely not disappointment we’re feeling. Instead, we’ve been privileged enough to explore this beautiful corner of the country next door, canoe and fish on its rivers, camp on its rich soil, and discover a little bit more about our own nation’s heritage in the process. As far as neighbours go, this is definitely one we should be learning to love.

The Lang Hans Tour route we followed with our guide is brand new. Several other trails, camps and activities are offered by Transfrontier Parks Destinations in Parque Nacional do Limpopo.
021 701 7860
www.tfpd.co.za
www.dolimpopo.com

Parque Nacional do Limpopo’s website is a great resource if you’re organising an independent trip to the reserve.
www.limpopopn.gov.mz

South Africans don’t require a visa to visit Mozambique, however they must carry a passport valid for at least six months.

A 4×4 vehicle is best for touring the park, however a vehicle with high ground clearance, such as a bakkie or SUV, will suffice outside of the rainy season.

Pack your rod and fishing tackle too if you plan to fish and, of course, your binoculars and camera for viewing and photographing game and birds.

The park is a year-round destination, though the rainy months (December to February) can be very wet, hot and uncomfortable. The best time to visit is from April to October. 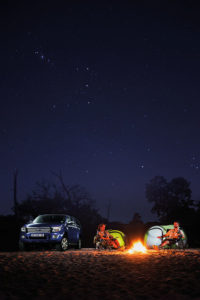 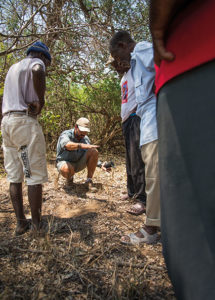 The village elders helped us in our search 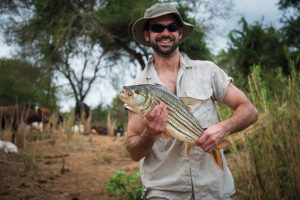 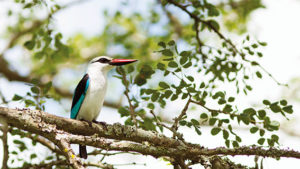 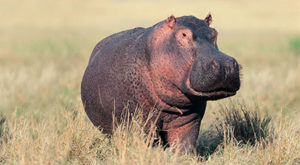 WELCOME TO THE MOUNTAIN KINGDOM – MASERU, LESOTHO
Copyright AA traveller 2016
Back to top