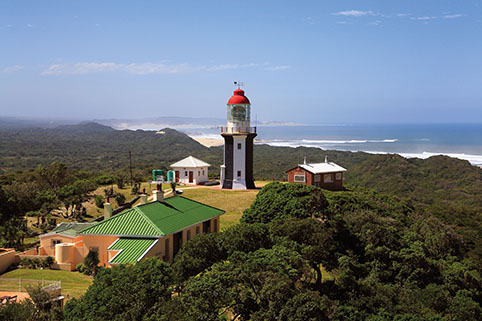 On a wild patch of the rugged Eastern Cape coast, you’ll find one of South Africa’s remotest lighthouses. Stay over and experience the romance of this age-old way of life, says Marion Whitehead

I am not the first on the beach in the grey light of dawn. A fresh set of tracks informs me that an antelope has already passed this way. The prints look too small for the bushbuck I startled as I entered the gates of the Great Fish Point Lighthouse the previous afternoon. Most likely a duiker, she carefully skirted the thick coastal dune forest, heading for a pan of fresh water between the dunes, fed by a perennial spring. On the return trip, she was bolder, stepping daintily along the ridge of the largest of the encroaching dunes.

I’ve haven’t even been here 24 hours and already I have experienced some of the many moods of this wild spot some 25 km north of Port Alfred, heart of the Sunshine Coast.

‘This calm weather is very unusual,’ lighthouse keeper Martin Peterson had told me when I booked into the cottage that once housed his predecessors on a gorgeous, sunny day. By late afternoon, a gale was blowing. It poured with rain in the night. Dawn was grey and sullen.

The one constant here is the steady flash every 10 seconds at night of the brilliant beam of light from the Great Fish Point Lighthouse. For the past 117 years, it’s been warning mariners of three treacherous reefs that have sent more ships to a watery grave than any other obstacle along this stretch of coast.

The distinctive nine-metre octagonal masonry tower, painted in black-and- white vertical stripes with a red dome over the lantern house, is nicknamed Man in the Tuxedo, for obvious reasons. ‘But it could just as easily be called the Windgat Vuurtoring,’ joked Martin as he gave me a tour of the most important navigational aid between Port Elizabeth and East London.

Built in 1898 on a high point on the shore, it sends its signal from 85m above sea level and is visible 32 nautical miles out to sea. ‘That’s beyond the horizon you can see,’ explained Martin.

The two-panel, dioptric, rotating-lens system magnifies the 400W halide lamp into a powerful beam that sweeps the sea with an intensity of five million candelas. It is one of the most powerful lights in the country.

Ships wrecked in the area include the Waterloo (1848) and SS Cariboo (1928). ‘Things are still washing up on the beach: bits of big, old, rusty chains,’ said Martin. More recently, a freak wave snapped an ore carrier in half and the rescuers had to scramble to save lives – part of the drama of lighthouse keeping.

Once, the lights were powered by whale oil and sheep-tail fat. Nowadays, there is a generator for backup during load-shedding. Modern technology has changed lighthouse keepers’ jobs. All 45 of South Africa’s lighthouses are now automated and communications easy. Keepers are correctly called ‘lighthouse officers’, Martin explained.

However, maintenance and care of the tower and its light are still essential. ‘You can’t afford to let things slip,’ said Martin, who is clearly passionate about his job.

He is one of a dying breed of men born to the lighthouse way of life. His father was a general worker at the Seal Point Lighthouse at Cape St Francis and he grew up knowing what it meant to keep the light burning brightly. He was following in his pa’s footsteps when he was offered the opportunity to become a keeper. Six months of intensive training followed at Cape Columbine, where he learnt everything from how to collect meteorological data to how to respond to Mayday calls.

He cared for lighthouses all along the coast before getting his own light, and he thinks he has ended up at the best of the lot: Great Fish Point is surrounded by nature reserves, the fishing is good and – despite its splendid isolation – it’s just a half-hour drive from Port Alfred.

Despite this, Martin is still single. ‘I bring girlfriends here, but they see the long, bumpy road and how far it is to the shops, and that’s it,’ he shrugged. ‘You’ve got to be happy with your own company here, but it’s a stress-free life – I’m 48 and still no grey hairs!’

He’s less lonely since his mom came to live with him and the self-confessed ‘professor of fishing’ is happy spending his weekends with a rod on the seashore. ‘Five people on this beach in a week is a lot,’ he remarked.

After wandering the beach in splendid isolation on my dawn patrol, fruitlessly scanning the flotsam for bits of wrecks, I need the Tuxedo to guide me back to my cosy keeper’s cottage nestling below it. I pop back into the dense forest, my senses alert for wildlife. Knysna turacos tease me from the canopy of a gnarled milkwood, hidden by a mass of foliage, and the duiker remains elusive.

It’s time for breakfast on the patio, spent trying to decide whether some waves offshore are evidence of a whale or a treacherous rock. I contemplate the day’s options, knowing that – come evening – the Tuxedo’s wink will signal sundowner time.

These lighthouses offer accommodation as well as tours:

Cape St Blaize in Mossel Bay, a square structure on a prominent headland, was commissioned in 1864.

Danger Point, near Gansbaai, is at the spot where the HMS Birkenhead was famously wrecked.

Cape Columbine, in a nature reserve near Paternoster, was the last manned lighthouse to be built in SA, in 1936.

The former lighthouse keeper’s cottage now consists of two well-equipped units, each sleeping six. Braai and whale-watch from the patio, or retire indoors to a cosy fireplace and DStv. From R650 per night for four people, out of season.
083 375 1492 (tours), 021 449 2400 (bookings)

Fishing is good, and you can swim safely at the lighthouse pool and Kleinemonde beach nearby.

Port Alfred, a short drive away, is famous for good surfing, yummy restaurants and a microbrewery on the Kowie River Wharf. www.sunshinecoasttourism.co.za 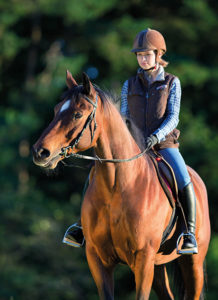 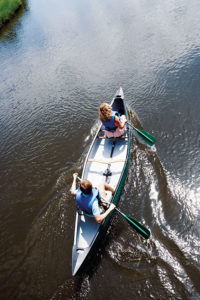