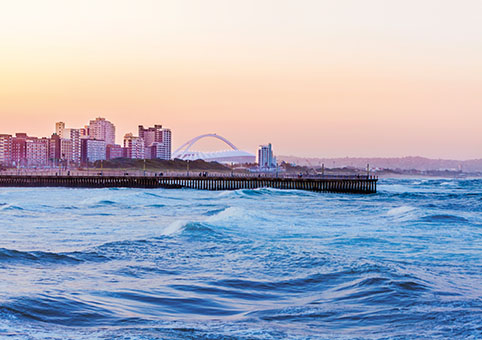 When next in KZN, hit the heritage trail, where a fascinating voyage into the past awaits. Stef Terblanche comes face-to face with some of the people, places and events that helped shape SA

Breaking free of the clouds on our descent into King Shaka International, the scenery below was breathtaking – all rolling green hills and valleys, glittering high-rise beachfront hotels, and miles of golden beaches and blue surf. Off in the distance was the dome-like structure of Moses Mabhida Stadium and, further afield, Greyville Racecourse, home of the Durban July.

But I wasn’t here for any of these. Instead, my journey would take me back a century or more to important places, and have me rubbing shoulders with spirited historical figures … or their ghosts.

From the safety of Durban and the coastal environs, the road heads inland to the KwaZulu-Natal Midlands and further north. Here, you can easily lose yourself in the din and danger of fierce battles fought more than a hundred years ago.

With a rich and varied history rooted in the confluence of cultures and people from three different continents, it is only natural that KZN boasts a large number of some of the most intriguing heritage routes and places of historical and cultural interest in all of Africa. For instance, set within a relatively small radius, one can find no fewer than 82 battlefields, museums, old fortifications and places of remembrance – more than you’ll be treated to in any other part of South Africa (see below).

Here, history comes alive, set against staggering natural scenery, with big-five game parks nearby; and the Drakensberg, a beautiful coastline and loads of other attractions thrown into the bargain.

For history buffs, the Inanda Heritage Route on the northern periphery of Durban is a real must-see. Back in the 1800s, Inanda was a farm in what was then a Boer republic and later a British colony, eventually developing into the township it is today. The route starts at the Phoenix Settlement in Inanda, where Mahatma Gandhi once lived.

Here, on the original 100-acre site, you can enter a replica of Gandhi’s old corrugated-iron house and the original building that housed his newspaper printing press. This was the birthplace of Gandhi’s political ideology of passive resistance against injustice. The museum complex is full of fascinating photos, relics and information about Gandhi, his local contemporaries and the period.

Our next stop is just up the road at Ohlange, where John Dube, founding president of what would become the ANC, lived and worked and where, in 1994, Nelson Mandela cast his vote in South Africa’s first democratic elections. Returning from his studies in the US, Dube acquired land here and, in 1900, built the Zulu Christian Industrial School for his community (later known as the Ohlange Native Industrial Institute and now as Ohlange High School). It was the first black African-owned and -run educational institution in South Africa.

You will find Dube – or rather his bronze duplicate – sitting on a chair in front of his first house, which also still stands here. A short distance away, a smiling, life-size bronze of Madiba greets you in the school hall where he voted. Local legend has it that, after casting his vote, Mandela went to Dube’s grave on the property and solemnly announced, ‘Mr President, I am here to report that today South Africa is free.’

The Inanda Heritage Route also offers rare glimpses of the lives of many other historical figures, and the places where they worked.

Many scenic attractions are found on this route, such as the Inanda Dam and the beautiful Mzinyathi Falls. En route back to the city, we stopped at the ever- popular Sbu’s Lounge, where my guide Thabo Mokgope and I enjoyed a couple of refreshing beers and braaied steaks. A busker, looking every bit the spiffy Broadway tap dancer, entertained us with some very smart moves he called ‘American style’.

All of this, plus adventure activities and cultural experiences, forms part of the many urban walking trails conducted by the Durban Green Corridor project. This is a cultural and environmental conservation initiative that combines its activities with tourism. Included are mountain hikes, canoeing across Inanda Dam, mountain biking, guided nature hikes and traditional storytelling – and all of this still without having to leave the city.

In the inner city, the road takes you to various historic buildings and places, including the impressive Emmanuel Cathedral. It was built partially with £5 000 donated by Empress Eugénie of France when she came to see the site where her son (and Napoléon I’s last male heir) the Prince Imperial, Napoléon IV, died in battle in the Anglo-Zulu War.

On the Victoria Embankment, I sat in the saddle with Dick King, who rode 960 km to Grahamstown on horseback in only 10 days in 1842 to get military help for the British garrison besieged by Boer forces at Port Natal. I bumped into Fernando Pessoa, or rather a bust of him, on the corner of Gardiner and Pine streets. Few people are aware that Pessoa, one of the greatest Portuguese poets and an international literary giant, lived and went to school in Durban between 1895 and 1905.

Still around the city centre, I found mountains of Indian spices and learnt the secrets of the Zulu muti and herbs being prepared at the various historical markets in Durban’s Warwick Junction precinct. Later on, I experienced the thundering feet of traditional Zulu dancers in the Valley of a Thousand Hills and became pensively immersed in the pin-dropping silence of the biggest Hare Krishna temple in Africa.

From Durban, going north, the road takes you to the King Shaka Heritage Route. It provides a fascinating window into this most famous Zulu monarch and military genius, and his people.

There are many other Zulu-heritage experiences on offer too, such as King Senzangakhona’s grave or the royal home of King Dingane at uMgungundlovu. The route ends at King Shaka’s grave at KwaDukuza, where it meets up with the province’s celebrated Battlefields Route.

On this route, you can visit sites such as Isandlwana (where 20 000 Zulu warriors inflicted one of the worst ever defeats on British colonial forces, killing 1 357 men) or Rorke’s Drift (where an attack by 4 000 Zulu warriors on the British garrison was repelled by 150 men in an 11½ hour battle, with only 17 British casualties – resulting in 11 Victoria Crosses being won, the most ever in a single action by one regiment). Other famous and intriguing battlefield sites include Blood River, Majuba Hill, Spioenkop and Ladysmith, among many others.

Surrounded by this vast and rugged landscape drenched with the blood of so many Zulus, Boers and Brits, the scale of things and the relationship between man and nature, between life and death, and between war and peace takes on a new significance.

Close your eyes as the sun goes down and you can almost feel the tension in the air and hear the soft patter of bare feet and the subdued clatter of stabbing iklwa spears as a Zulu army approaches. Somewhere, out there in the dark, a cough or a whisper… Suddenly a volley of gunfire shatters the eerie silence and chaos erupts. You can hear the clash of metal on metal, the unending barrage of rifle fire, shouts and blood-curdling screams, and you smell the sweat, dust, fire and cordite.

Then it is all over and, save for the moans and crying of the wounded, it is silent once more. When you open your eyes, there are mounds of whitewashed stones and scattered iron crosses in the grass fields, marking the final resting places of those who fell here in battle all those many years ago.

VENTURE BEYOND DURBAN AND INTO THE MIDLANDS

These are a few of the many heritage attractions and activities the Midlands region has to offer:

The Battlefields Route Visit historic battle sites such as Isandlwana, Rorke’s Drift, Blood River, Colenso, Ladysmith, Spioen Kop, Majuba Hill, the Ghost Mountain near Mkuze, and many more from the various conflicts that pitted Zulus, Boers and Brits against each other.

Boston-Bulwer Beat In the foothills of the Drakensberg, surrounded by unparalleled scenery.

Midlands Amble Covers all the Midlands towns, places of interest and a wide range of outdoor and indoor activities.

Midlands Meander Popular arts and crafts route between Pietermaritzburg and the uKhahlamba-Drakensberg Park (a World Heritage Site), with some 150 participating artists and craftspeople.

Msunduzi Museum / Voortrekker Museum, Pietermaritzburg Originally dedicated to the story of the Voortrekkers, it is now a multicultural museum. It houses, among other things, the water bottle and Bible of Piet Retief, the Voortrekker leader killed by Zulu King Dingane, as well as a replica of Dingane’s chair.

Nelson Mandela Capture Site, Howick The site – now an impressive monument – of Mandela’s arrest by security police (which led to his 27 years in prison) in 1962 after 17 months on the run.

The Old Prison, Pietermaritzburg Now a museum and restaurant, the first cell block was built in 1862, with later additions being gallows, high-security cells and a torture room.

For more information on heritage routes and attractions in and around Durban, the Midlands and the Battlefields area: 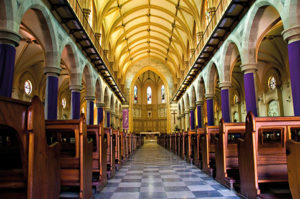 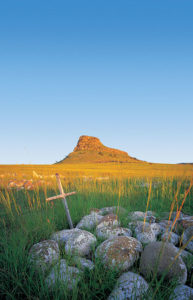