Stopping for moerkoffie or rooibos becomes a matter of road safety when navigating the N7 north of Cape Town during flower season. Marion Whitehead shares some of her favourite spots

Your trip could grind to a halt at Annex Kloof Farmstall if you’ve got kids. Just 10 km outside Malmesbury, it’s probably the most child-friendly stop on the N7. Little ones won’t want to leave the array of farm animals in enclosures, from cute bunnies and ducks to Fiona the tame ostrich (who will be most put out if you don’t buy her some mielies).

Ma and Pa can treat themselves to tasty vanilla cappuccinos with pampoen-koekies (pumpkin fritters) or delicious springbok jaffles in the coffee shop. This is also the place to stock up on Annex Kloof’s award-winning wines, including a fine Malbec.
081 324 7888

Just off Main Road, at Garies Toeristestal, Wilma Jordaan has injected new energy into mom Sonia’s business since returning to her home town after studying hospitality management in Stellenbosch. ‘I was tired of the city,’ she says. Their delicious curried mince vetkoek and venison pies are firm favourites and travellers like to stock up on the preserves, such as boerejongens (grapes in brandy).

Bop to boeremusiek while you browse the gift shop, a treasure trove of knick-knacks and souvenirs. Book lovers will be excited by shelves of second-hand books: among the Africana, I spotted the collected works of CJ Langenhoven.
027 652 1220, 072 178 7390

If you want to zone out staring at the view over a plate of rich oxtail bredie, Kardoesie Farm Stall in Citrusdal is the spot for you. The parking lot is large enough for the tour buses to easily disgorge loads of flower tourists, who snap up packets of biltong and the wide range of souvenirs.
022 921 2382

The charming De Tol Plaasstal, in the historical toll house at the top of the pass, is where the tireless mother-and-daughter team Marina and Monica Theron bake a range of goodies, from wholesome farm staples to preserves such as orange syrup, jams and chutneys. Pull in for potjiekos or a braai on a Sunday, or an anytime burger or fresh roosterkoek.
022 921 2792

Tant Dollie, situated at Hebron B&B, is my personal favourite for London-chic foodie delights. The cooking is done by co-owner Steve Oldroyd, who spent years running upmarket UK restaurants before returning to the platteland with his wife Caroline. ‘We wanted quality of life for our four children,’ he says simply.

Steve’s new venture is his delightful West Coast Wine and Rooibos Tea Tasting Room, where his own melt-in-your-mouth truffles take on a whole other dimension when paired with the different flavours of rooibos. Think rooibos and chai spices enhancing the flavour of a chocolate truffle rolled in pistachio…
022 921 2595

On the stark plains on the other side the Sishen-Saldanha railway line, 27 km north of Vanrhynsdorp, stands a lone stopover. Knersvlakte Spens’ shelves are packed with unusual treasures: rare succulents, strange rocks, pomegranates, hand-knitted tea cosies and bottles of fig jam. On the stoep, Buys Wiese and Christine Visser feed visitors traditional fare such as milk tart and koeksisters with rooibos tea. The meal of the day varies, from nourishing waterblommetjiebredie to yummy chicken or venison pie.

‘We are open every day unless we are gatvol. Then we just lock the gates and take a day off,’ says Christine with refreshing honesty.
076 391 4700

Deep in the Hardeveld, where it’s tough to plough and farm, a new venture has blossomed in the dorp’s quaint church hall: Bitterfontein Mol. Maretha Coetzee dishes out interesting info about flower sites in the area, together with traditional treats such as thick bean soup.

Her sister’s chocolate-centred biscuit balls move fast, as do most crafts in the gift section, says Maretha, whose artistic flair is evident in the boere-chic decor she conjures out of old junk. ‘Heeljaar Bazaar’ (year-round bazaar) states the sign outside.
082 544 3773

There’s usually a motorbike or three pulled up outside Desert Rose Farm Stall at the Koringberg turn-off, as the weary travellers crowd the shady stoep and scoff good grub – to fuel up for another couple of hundred kilometres. Owner Sonia van Niekerk has a magpie’s eye for collectables, reflected in the quirky decor and gifts on sale. And there are also padkos favourites such as ginger beer, dried fruit, nuts and rusks.
082 884 8714

Another enterprising young Stellenbosch hospitality-management graduate has also worked wonders – with her great granny’s house, this one dating back to 1898, the oldest in the village. During flower season, at the Kliphuis Kombuis, off the highway, chef Christine Beukes serves home-made pies (take your pick of steak, chicken or venison), egte boeretroos koffie and Boer Maak ’n Plan (biltong and cheese on freshly baked bread).

‘This has been my dream for a long time. I wish the walls could talk,’ says Christine, who fixes a little more of the historic house each year.

Kuiervreugde Coffee Shop, near the church in Kamieskroon, is open all year round, with friendly hosts Peet and Elsa Kruger acting as the dorp’s informal info centre. ‘Best cappuccino in the village,’ enthused a mountain biker who’d pulled in for a braai outside. Their snack menu includes sandwiches made with their home-made bread, springbok pies and other delicious bakes.
027 672 1904, 072 141 8980

The wild-flower season starts early in August in the north, with good sightings around Springbok (visit Goegap Nature Reserve and drive out to Concordia) and the Namaqua National Park.

As the weather warms up, the flowers progress south. By September, Darling, Niewoudtville, Clanwilliam and the West Coast National Park are at their best.

Be prepared for delays at roadworks between Clanwilliam and Vanrhynsdorp, as the N7 is being upgraded. 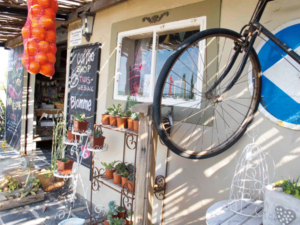 If you’re near Morreesburg, stop off at the Desert Rose 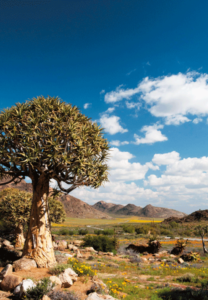 Indigenous to Southern Africa, the quiver tee (or kokerboom) is abundant in parts of the Northern Cape 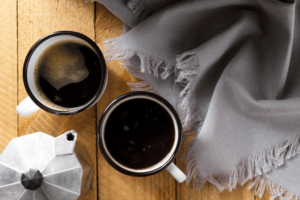