Progress is one of the things we desire most as a collective, and as individuals. As long as we’re moving in the right direction, there’s reason to be happy.

Considering this, Volvo has a lot to celebrate. Looking back to 2010, the Kinsey Report shows the Volvo S40 2.0D was runner-up in its segment. A year later, it was the winner – and it hasn’t been far off since then.

The parts survey analyses three key areas: service parts, repair parts and crash parts. For each vehicle, the cost of a basket of parts in each category is compared. As well as tallying up the three subtotals and the total cost, the report also calculates the grand total of all those parts as a percentage of the vehicle’s retail price. In 2011, the S40 was best, in terms of both total parts-basket price and parts-cost percentage– a rare occurrence.

In 2012, the Volvo S60 T5 Essential was selected by Kinsey and, while it finished just off the podium overall, it was runner-up in the service items subcategory – not a bad start for the medium-sized sedan. The following year, the S60 was fifth overall in the Auto Executive segment, but second again when it came to service items and third for repair parts. This was a workmanlike performance, but with attention needed in the pricing of crash parts such as lights and body panels. A year later, the identical model bounced back, finishing second overall in the category.

Saving the best for last, in the current Kinsey Report, the recently superseded XC90 saw off automotive royalty to win the Executive Crossover segment – and by a decent margin too. The XC90 has become a firm favourite with savvy buyers wanting to drive a thinking person’s SUV; one that combines space, luxury, quality and, of course, all-terrain ability.

Since its launch in August 2014, the all-new Volvo XC90 has received many high-profile awards. These recognise its innovative approach to both interior and exterior design and its ground-breaking advancements in in-car control systems and connectivity features, thanks to its Sensus Navigation technology.

In 2014, it was named Most Connected Car of the Year by France’s 01net.com. This year, it has won Auto Express Car of the Year and DieselCar magazine’s Best 4×4. It also won in the category Interior Design of the Year: Production Vehicles at Germany’s Automotive Interiors Expo 2015. By mid-year, it had raked in nearly 20 awards, notable for the diverse aspects of the car that they recognise. 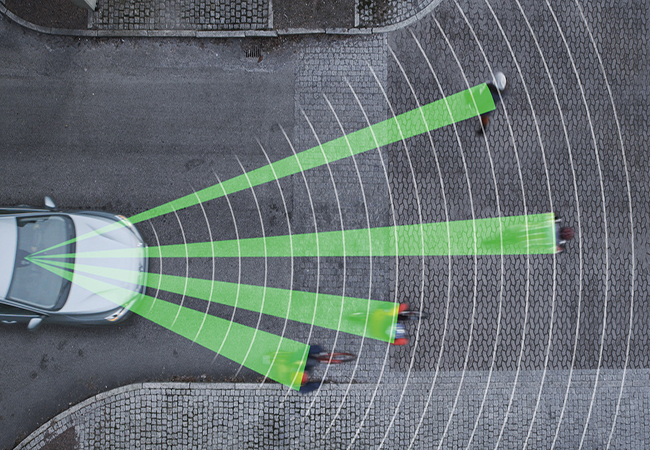 • Tracker Skytrax is standard on all new Volvos. Its features include a dedicated emergency number, emergency medical assistance and transportation, towing services, overnight accommodation, vehicle repatriation, flat-tyre, fuel and flat-battery assistance, and Stand by You roadside security. The system also has a smartphone app that allows you to monitor your mileage, find your car or report it stolen.

• 2014 was a record year for Volvo, with global sales totalling almost 460 000 units. That represented an increase of nearly nine percent over 2013 and made Volvo Europe’s fastest growing premium vehicle brand. Volvo Car SA is also expanding its dealer network and predicts an increased share in the premium vehicle segment.

• Volvo is halfway through the first phase of Vision 2020, a commitment to design cars that don’t crash. In the short term, the aim is that, by 2020, no one should be killed or injured in or by a new Volvo. With this in mind, City Safety, Volvo’s front-crash-avoidance technology, which brakes automatically to mitigate or avoid a car-to-car rear-end collision, is now fitted standard.

• Volvo has a vision to take service to the next level. This includes more personalised service, focusing on one-on-one relation- ships. The next phase of the Volvo Way to Market is the introduction of a Personal Service Technician for every single Volvo customer. When a new car is delivered, the customer will be introduced to the Personal Service Technician who will take care of them and their car throughout the ownership experience. This concept has already been introduced overseas, and will be phased in locally over the next two to three years. 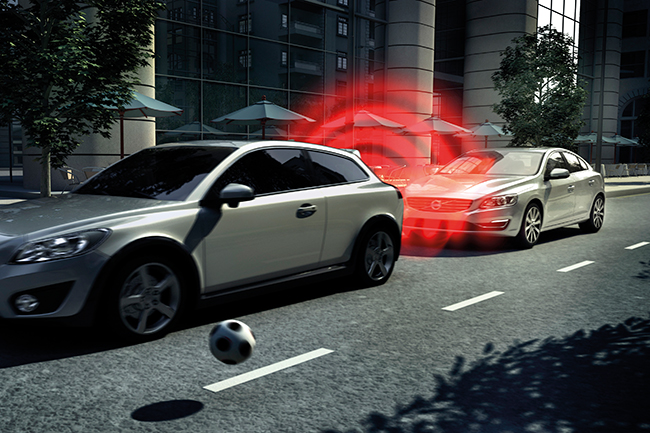 Kobus and Sharon Roos both work in the motor-sport-equipment industry and are acutely aware of the importance of safety. So it’s no surprise that, since 2007, they have owned six Volvos. They kicked off with a V40, the clincher being the great value it represented, compared to other premium brands. A V50 followed, then an XC90 (purchased when their twin sons arrived), a V60 and an XC60.

In the image above, Kobus is taking delivery of an S60 (the family’s most recent acquisition) from reigning South African champion rally co-driver, Elvéne Coetzee, who also does an excellent job of selling the Swedish brand from CMH Volvo Cars Bryanston. 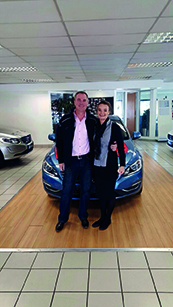