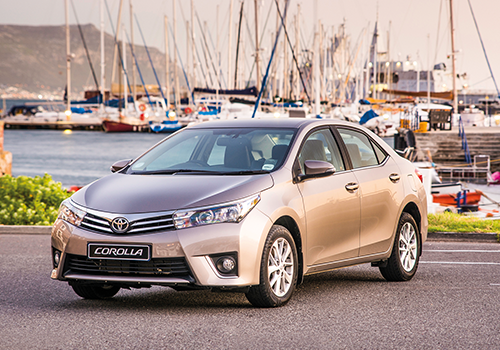 The results are in, and the Toyota squad has emerged victorious from the biggest Kinsey Report yet, with no fewer than five podium positions: two golds, two silvers and a bronze. And, for good measure, the marque also has two cars in fourth position in their respective categories, for an overall result confirming the importance that Toyota continues to attach to affordable parts pricing.

In an interesting twist, Toyota has also managed to score an unusual one-two in the important Family Favourites group. Here, the previous-generation Corolla 1.6 Quest just edged out the newer Corolla 1.6 Prestige for first place, with the two comfortably outpacing the rest of the C-segment field.

In the Crossovers SUV segment, the Fortuner repeated its 2012 and 2013 victories, again enjoying a significant advantage over its nearest rival. Toyota’s other runner-up position was achieved by the Avanza in Compact Crossovers; while the third-place finish was taken by the Hilux bakkie in the new Single-Cabs category.

This impressive performance is well deserved, according to John Oliver, vice president of Toyota SA’s customer service division. ‘The latest edition of the Kinsey Report demonstrates our commitment to ensuring reasonable cost of operation and ownership,’ he says. ‘Maintaining a favourable pricing position is pivotal in ensuring ongoing customer satisfaction during the period of ownership.’

As well as pricing, great emphasis is placed on availability of maintenance, repair and crash parts, an area in which Toyota South Africa is fully equipped. Its massive infrastructure is centred on a warehouse in Johannesburg that holds stock of more than 100 000 parts. From this central hub, with its floor space of more than 40 000m², the brand’s 200-odd dealerships throughout the country are kept supplied with a steady flow of components. Depending on its location, a dealership can receive parts deliveries up to four times a day.

It is no surprise then that Toyota has once again excelled across a broad range of nameplates and in all three of the component categories assessed by the Kinsey Report.