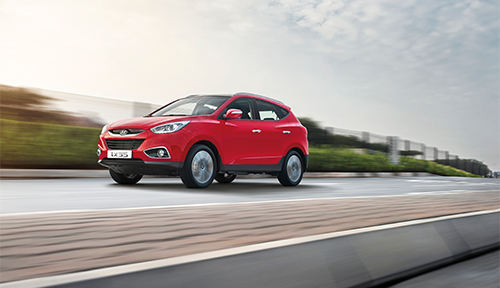 Growing from strength to strength, Hyundai features prominently with a run of third places in this year’s Kinsey Report

Hyundai has demonstrated a steady improvement in the annual Kinsey Report, scoring a hat-trick of third places in the 2014 survey. This is better than the brand’s performance in 2013, when it placed fourth in two segments, came third in only one and scored a midfield position with the ix35.

But, this time around, the popular SUV has moved up on to the podium, in fact missing out on second place by only a few hundred rand. Importantly – when it comes to service parts such as filters, spark plugs, brake pads and wiper blades – it is the cheapest vehicle in the Crossover category to operate.

Standing shoulder to shoulder with the ix35, in terms of success, is the recently facelifted Elantra. The Wesbank SAGMJ Car of the Year for 2012 ranked third in the Family Favourites segment. In the Supermini segment (the section of the passenger-car market with the most sales), the i20 was the bronze medallist. As with the ix35, the difference between the total parts baskets for third- and second-placed vehicles was a mere three-digit figure.

‘Our ongoing efforts to bring down our parts pricing is bearing fruit, and we’ve been successful across the board,’ says Hyundai South Africa’s marketing director, Stanley Anderson.

‘The i20, Elantra and ix35 are all competing in important and hotly contested segments and we’ve focused our attention where it really matters. These savings are of direct benefit to the consumer, whether they’re buying new or second-hand, and they simply provide another good reason to buy a Hyundai.’

A recent newcomer to the Hyundai line-up is the Grand i10, which fills the gap once occupied by the much-loved Getz. It slots in between the i10 and the i20 and will be offered in three derivatives: the manual 1.25 Motion and 1.25 Fluid (with a slightly higher specification level), and the 1.25 Fluid with a four-speed automatic gearbox. Pricing starts from R139 900, with the flagship auto version at R159 900.

The larger body of the Grand i10 yields one of the roomiest cabins in its segment, with luggage capacity of up to 1 202l when the rear seats are folded flat. All the key dimensions of the Grand i10 are larger than those of the i10.

Among the standard features for the two Fluid derivatives are electrically heated and folding side mirrors, and keyless entry; while all derivatives feature Bluetooth connectivity to the sound system, USB and aux ports, air conditioning, and central locking. 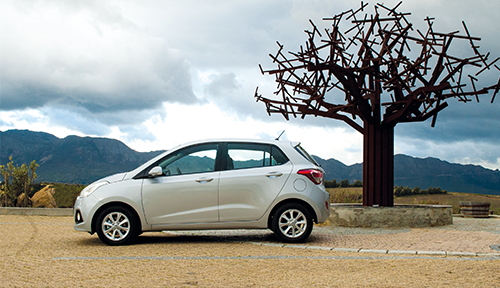 Diamond in the rough