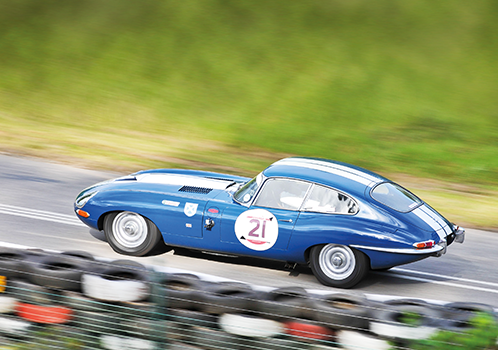 To keep your cat performing at its best, use only Jaguar Genuine Parts. They’re designed to last, no matter how challenging the conditions

Racing is in their blood, say the Jaguar team. And, just to prove it, they built a race car in the basement of their Pretoria headquarters.

Well, that may be a little bit of an oversimplification, but in essence it’s true. They took a previous-generation XJR and – utilising bits sourced from Jaguar Genuine Parts (exactly what your Jag, old or new, would be fitted with at a franchised dealer) and after-hours labour from their in-house technical whizzes – turned it into a car ready to race.

Or, to be more specific, a car ready for the sanctioned motorsports event previously called the Simola Hillclimb, which was this year officially rebranded the Jaguar Simola Hillclimb. Over the weekend of 16 May, the event attracted around 120 cars of all descriptions and ages from across the country to race up a tricky 1.9 km course just inland from Knysna.

Rory Beattie, the customer services director of Jaguar Land Rover South Africa and sub-Sahara African (who also drove the Jaguar in the event), explains: ‘Our car – an X350-generation XJ – is about six years old and has covered only roughly 20 000 km. It has been stripped down and rebuilt a number of times in its role as a technical training unit. When the X350 was superseded a few years ago it became redundant and, in fact, was simply gathering dust.’

When Jaguar decided to sponsor the hill climb, the idea was born to convert the car into a club racer – initially for the event, but also to continue in a suitable circuit-racing series afterwards, thereby demonstrating that racing is indeed in the company’s blood.

Under Rory’s expert guidance, his team stripped the car; removed some of the luxury items that added weight; and installed race-specific hardware such as a reinforcing cage, seat and harness. What didn’t need any modification was the lusty, supercharged 4.2l V8 under the bonnet.

‘Mechanically, the car is unchanged, right down to its automatic transmission and air suspension, so this is probably the most plush-riding race car in the whole country!’ Rory jokes. ‘It has a performance exhaust and a limited-slip differential; but, other than that, all we have done is give it a full service.’

This means the car has a sumpful of Castrol’s finest and the filters – fuel, air and oil – and other service items were all obtained through the Jaguar Genuine Parts network. As a precaution, the wheel bearings and brake pads both front and rear were also replaced. One of the more unusual purchases from Jaguar Genuine Parts was a set of 18” alloy wheels, which replaced the 19” items originally fitted. The smaller diameter was needed to fit the semi-slick racing tyres.

With its stunning soundtrack and ability to generate huge clouds of tyre smoke on the starting line, the Black Beast (as it was dubbed) became a firm favourite with the Knysna crowd. The good news is they can look forward to seeing it again – in an even more highly developed form – next year!

Owners of older cats can rest assured, knowing they can maintain their cars in shipshape condition by using Jaguar Genuine Parts.

All components carry a 12-month, unlimited-distance warranty when bought at and installed by an approved dealer, the advantage being that the necessary workshop expertise is on hand. However, customers are also welcome to purchase from the parts counter and opt for DIY fitment, in which case they receive a six-month, unlimited-kilometre warranty.

Visit www.jaguargenuineparts.co.za to find out more. 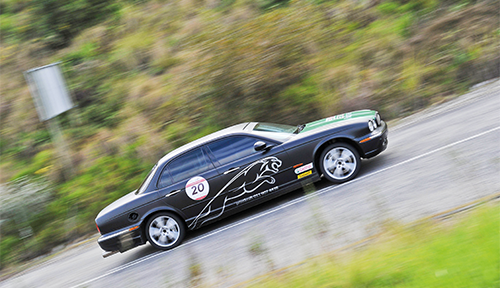 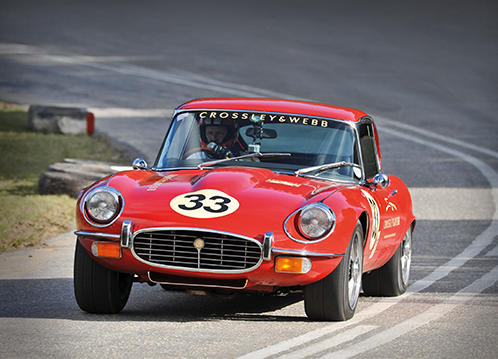