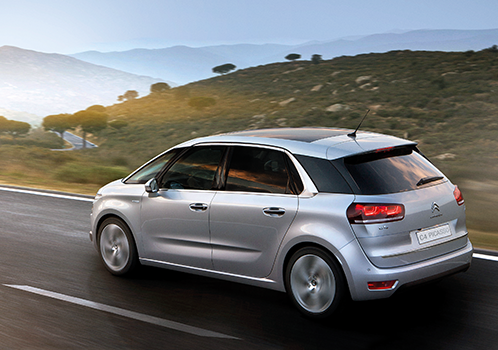 The artist would be proud. Citroën’s avant-garde compact MPV, the C4 Picasso, named in his honour, continues to set trends

In an age of bigger is better, it isn’t often that cars shrink. But Citroën has never been a brand that follows convention. Rather, it’s a trendsetter. So, it’s no surprise then that the latest C4 Picasso is shorter than before, as well as about four centimetres lower.

But, quite incredibly, it’s bigger on the inside. The wheelbase has grown, adding rear legroom and the cabin is decidedly spacious, with head- and shoulder room as good as before, despite a decrease in exterior dimensions. This is a prime example of what Citroën has in mind when it refers to ‘creative technology’.

This newcomer – launched locally at the beginning of June, about a year after it hit the European market – is also 140 kg lighter than its predecessor and is an eager performer that’s certainly brisk enough to hold its own on the road. Its intended role is largely that of mom’s taxi (for stylish mothers, clearly), but Citroën reckons a fair number of empty-nesters will also appreciate its space, practicality, versatility and ease of access.

The Picasso is now more of a large hatchback than an MPV, but one with a class-topping minimum boot space of 537l and a 2.5m load length (with the front passenger seat folded forward). Its vibrant, uncluttered cabin has a total glazed area of 5.3m² when fitted with a glass roof (as it is when ordered in the upmarket Intensive spec). Irrespective of life phase, buyers will appreciate its five-star Euro NCAP safety rating and high scores in the areas of child, adult and pedestrian protection.

Futuristic looks are underpinned by a steeply raked, panoramic windscreen that contributes to its wind-cheating profile. And there are benefits for fuel consumption too: the combination of the six-speed manual gearbox and the modern 1.6l turbo-diesel (which is the single mechanical combination offered at launch) is said to return figures as low as 4 l/100 km.

First impression is that Citroën has cleverly managed to avoid most of the compromises associated with cars in this genre, which often feel sluggish when it comes to dynamic behaviour, mainly due to height and weight issues. The reduced weight and lower centre of gravity – as well as a new modular rear suspension design – establish a new balance between the virtues of comfort and roadholding.

Inside, the Picasso is everything you’d expect of an MPV: it positively bristles with conveniently located multimedia points, handy 12V sockets, smart storage solutions and clever lighting. It boasts an intuitive driving interface with a seven-inch Touch Drive screen as the control centre for all vehicle settings and in-car functions, such as the satellite navigation, dual-zone air conditioning, Bluetooth and six-speaker sound system.

One instrument display (a full-colour, configurable version in the case of the Intensive) is mounted close to the driver’s line of sight and displays vehicle speed and other information. Another lower screen presents information to all the passengers and lets the front occupants use Citroën’s Multicity Connect to find the nearest petrol station, restaurant or hotel; or to receive weather updates or traffic information.

Citroën’s reputation as an innovator is undisputed, and with the C4 Picasso it has further enhanced that reputation. Each successive generation of the car has offered something exceptional to the family motorist – and this one is definitely no exception. 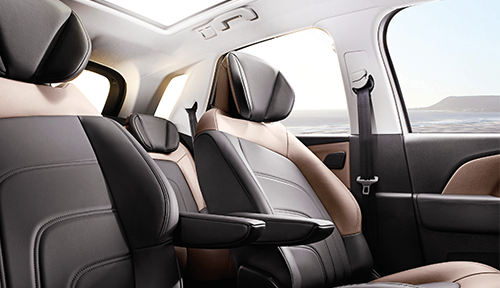 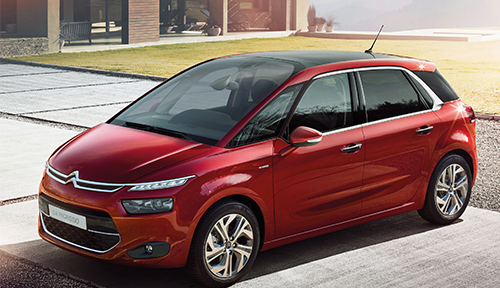 Keep in line
Copyright AA traveller 2016
Back to top