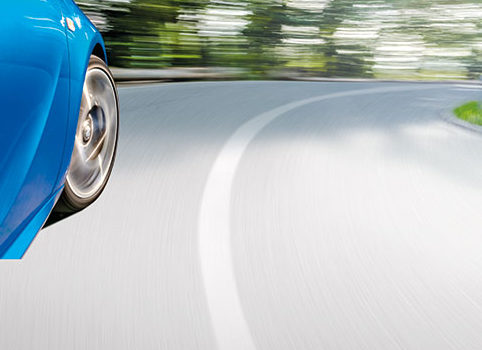 They give your vehicle a considerable boost in performance, but how do turbochargers actually work? Grant Spolander explains

Engine power and air consumption are directly related. More oxygen in the process means more fuel can effectively be burnt and, therefore, greater combustion achieved. This is one of the reasons that bigger engines typically produce more power − simply because they consume more air.

However, mechanical limitations in valve timing and airflow – and various other inefficiencies – mean that most normally aspirated engines are unable to complete their induction cycles. And, as a result, they achieve a volumetric efficiency (VE) of 70% or less. (That is, the engine doesn’t have enough time to completely fill its cylinders with air.)

Some modifications are able to speed up the induction process and improve engine VE. These include altering the cam-lobe profile, reducing airflow friction, increasing valve diameter and installing an aftermarket exhaust system. However, none of these match the VE performance of a turbocharger (otherwise known as a forced-induction device).

While turbochargers are often regarded as highly intricate gadgets, the concept behind the unit is remarkably simple: a fan is used to blow more air into the engine’s cylinders. The ingenious part is the efficient way in which a turbocharger does this – via lost heat energy gathered from the engine’s exhaust system.

The construction of a turbocharger can be divided into two halves: one houses the intake impeller, the other holds the exhaust impeller. The two impellers are mounted on opposite ends of a common shaft (also known as a centre shaft).

As the engine burns fuel and creates exhaust-gas pressure, the expelled fumes are utilised to spin the exhaust impeller; which, in turn, drives an intake impeller at an incredible speed.

The drawback of this design is heat transfer. With half of the turbocharger’s components being exposed to exhaust gases, intense heat is transferred into the intake portion of its components. This causes the charged air to be heated before it is blown into the engine; and, as hot air is far less dense than cool air, the combustion charge is not as efficient as it could be. Luckily, this problem can easily be solved with the fitment of an intercooler, which cools the air prior to its delivery to the intake system.

Unfortunately, the issue of intense heat doesn’t end there. It is a perpetual threat to the performance and reliability of a turbocharger. Because of the extreme conditions under which a turbo operates (very high temperatures, incredible speed, friction and an endless supply of dirty carbon deposits), it takes only a minor fault in operation for the unit to overheat completely and self-destruct.

Therefore, to ensure a prolonged life for your turbo, it is crucial to correctly use quality-grade lubrication and carry out regular maintenance (oil and filter changes). So, keep that service-history book up to date, and never skimp on the oil.

ADVICE FROM THE PRO

Thanks to their efficient operation and laudable fuel economy, turbo-diesel engines are popular sellers in the South African automotive market. However, the joys of owning a turbo-diesel come at a cost – that of strict maintenance routines and thoughtful driving practices. Here are a few turbo tips and facts to consider:

1. If you’ve driven your turbo-diesel engine at high speeds or under load (towing), allow approximately 60 seconds for the motor to idle before switching off the ignition. This gives the turbo a chance to lower its rpm rate and to cool down before the engine is turned off and the lubrication feed is halted.

2. In the event of a blown turbocharger, several catastrophic things can happen. If the turbocharger’s oil seal is damaged, engine oil can be drawn into the motor’s intake system and fed to the combustion chamber. This can result in a runaway engine that cannot be switched off. If your vehicle suddenly experiences a loss of power, and you suspect a blown turbo, it’s absolutely vital that you switch off the engine immediately!

3. Frequent oil changes, filter replacements and the use of high-quality lubrication are essential to turbo life. Excess deposits, oil sludge or water contamination will cause blockages in the oil-feed line and lead to inevitable turbo failure.

4. A blocked catalytic converter will cause air buffering within the exhaust system, thereby increasing the exhaust-gas temperature and potentially leading to a cracked turbo housing.

5. Carbon deposits are often localised in one area, especially around the wastegate valve. This build-up acts as a heat conductor, often resulting in a cracked housing near the wastegate valve. Variable-vane turbochargers are especially prone to carbon deposits. These intricate units feature a complex wastegate-valve system that may eventually become choked with carbon deposits. It’s a slow process that inevitably leads to reduced turbo boost and a lack of engine power.

6. Always use low-sulphur diesel when available and be sure to keep your engine running at its optimum fuel/air mixture, with clean filters and a healthy injection system.

7. The last cause of turbocharger failure relates to component malfunction. This is generally restricted to failures related to an actuator − the same device that controls the turbocharger’s wastegate valve. Typically speaking, though, inherent turbo failures aren’t that common. If your turbocharger is going to blow, the reason will most likely  be found in the factors mentioned before: poor engine maintenance, insufficient spool-down time and/or excess heat. 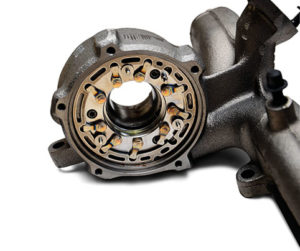