FROM INDIA WITH LOVE – MAHINDRA KUV100

FROM INDIA WITH LOVE – MAHINDRA KUV100 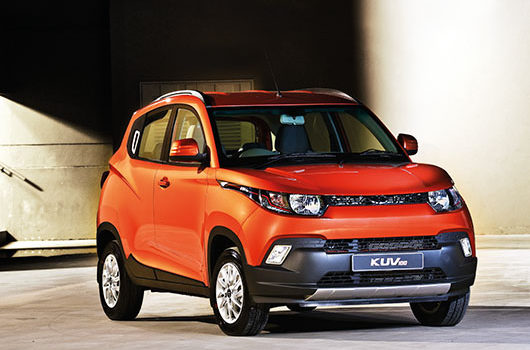 Mahindra is launching itself into the compact sports utility segment with a vengeance. As a key part of this strategy, the KUV100 was recently introduced, in five enticing derivatives

The KUV100 has two clear advantages: it is designed to be tougher and more rugged than traditional offerings in the segment, and it’ll also be more affordable. Pricing starts from just R148 000 and even the flagship model comes in at under R200 000.

Fuel efficiency is another strong point, and there are both petrol and diesel power units on offer. The engine family is dubbed mFalcon; these are both 1.2-litre three-cylinders, with the power being sent to the front wheels via a five-speed manual ’box. For the petrol, a combined fuel consumption figure of 5.9 l/100 km is claimed, along with a CO2 emissions rating of 139 g/km. The diesel produces 57 kW at 3 750 rpm, linked to a healthy 190 Nm of torque. It’s possibly the most frugal in its class, with a stated combined cycle figure of just 4.4 l/100 km.

It was the petrol version that arrived in our driveway on test. With a stubby bonnet and tall stance, it clearly aims to please urban dwellers by including as much space as possible in the smallest footprint. The overhangs are short and there’s above-average ground clearance thanks to tall tyres – all factors designed to make it completely at home on SA’s pockmarked and potholed roads.

Front styling is striking, with sculpted wrap-around headlights that give it a distinctive face. Being one of two K8 versions (the highest of three available equipment grades), it boasted daytime running lights, roof rails and 14-inch alloys. Metallic aquamarine-blue paint-work – one of seven colours offered – certainly made it even more prominent.

Like many modern super-compacts, there’s a three-cylinder engine doing the hard labour, this configuration being more compact and economical, as well as cheaper to produce.

It gets your attention with its lively thrum, and in the suburbs, it’s spirited and willing and very easy to drive.

The interior continues the exterior and mechanical leitmotifs of melding functionality and versatility. The stubby gear lever protrudes from the dashboard (as does the emergency brake) rather than the floor, and the result is a pretty generous amount of storage space for you between the front seats. The high seating position offers excellent forward visibility and a commanding view of the road ahead.

In terms of active safety, ABS brakes with EBD and CBC are standard, while the passive features include dual front airbags and child seat anchor points. Compact SUVs continue to be hugely popular in South Africa thanks to how they combine lifestyle and practicality, though they have remained, until now, a bit too expensive for budget-conscious buyers in the segment.

To quote Sanjoy Gupta, CEO of Mahindra SA: ‘The KUV100 seeks to offer access to all the benefits of SUV ownership, but linked to the affordability and lower running costs of a small hatchback. The result is a vehicle with broad market appeal offering a strong value proposition.’

Inside, the K6+ improves on the K4+ with an array of additional features including an infotainment system comprising a 3.5-inch display, an integrated driver information system, Bluetooth telephony and audio streaming, and a USB input for smart devices and flash drives.

Mahindra BlueSense app compatibility is another additional feature, as is the six-speaker sound system with steering wheel-mounted controls for the audio system and hands-free telephony. There is also a cooled cubbyhole. 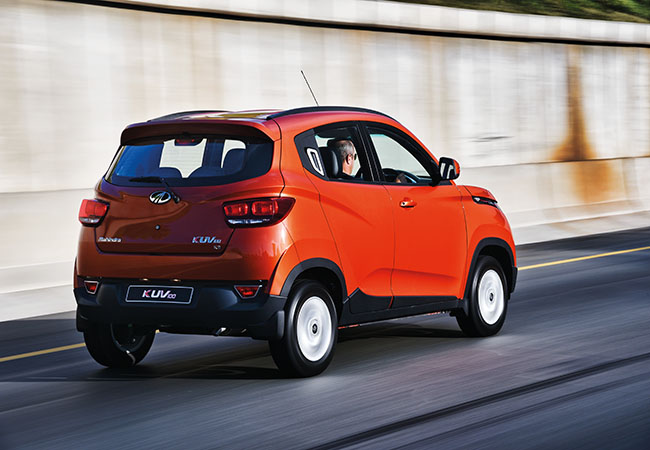