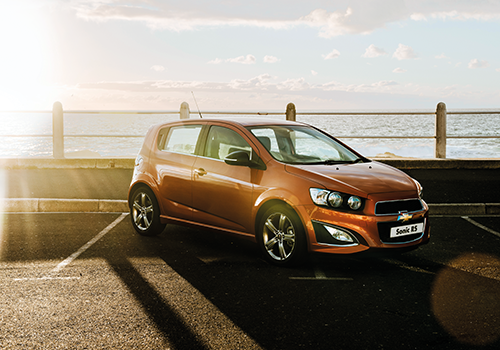 In our fast-paced world, it’s often necessary to keep in contact even when on the road. Chevrolet’s MyLink system makes this safe and simple

Multimedia, connectivity, infotainment: these are buzzwords in the motor industry nowadays. And, in some markets, intelligent on-board technology that connects the driver to various electronic devices inside the car (and to the outside world) has moved right to the top of consumers’ wish lists – outstripping even safety features as a must-have.

And Chevrolet is at the forefront of bringing this kind of technology within reach of the average consumer. In the vanguard is the new Sonic RS,  equipped with Chevy’s MyLink tech – one of the first B-segment cars to make a feature like this a standard fitment.

The spunky little hatchback, which debuted in South Africa in February, boasts the MyLink infotainment system, providing smartphone integration with music, photo and video compatibility. The catchphrase from General Motors South Africa, which markets Chevrolet locally, is ‘Get connected, be entertained, take control’, and that pretty much sums up MyLink. As well as coming standard on the new Sonic RS, it is also available as an optional extra on 2014 Sonic LS hatchback and sedan models and on the Trailblazer SUV.

The MyLink concept is simple: all of the most popular and advanced infotainment functions are incorporated into a single easy-to-use, attractive and effective interface that transforms the Chevrolet Sonic into a technological hub that keeps the driver connected while on the move.

MyLink has been designed to be compatible with most phones and media formats, which means the most common types of music, picture and video files can be streamed, while the extra USB and auxiliary ports ensure that other sources and formats can also be used. (The convenient video playback and picture-gallery viewing functions are limited to when the vehicle is stationary, in the interests of safety.) And up to 35 preset and 15 auto-stored AM or FM radio stations can be programmed too, rounding off the complete MyLink entertainment experience.

The high-resolution seven-inch touch screen is built into the car’s dashboard for a thoroughly modern look and feel. Bluetooth audio streaming with playlist customisation and total smartphone integration means MyLink becomes an extension of the phone itself. The user has access to their whole phone book, with voice control on most models of smartphones, a smart-dialling feature and steering-wheel-mounted controls meaning the system can be operated in complete safety with both hands on the wheel.

Once the phone and car are paired, it becomes evident just how intuitive and user-friendly this system is. Within only a day or two operating it becomes second nature and the real advantage becomes clear – it reduces the driver’s load, providing all the positives of being constantly connected while reducing the negative distractions. The screen is large and requires just a light touch to operate, and the display is easily visible even in strong light.

Tracking the history of the motor car over the decades reveals a number of groundbreaking technological devel-opments: disc brakes, fuel injection, anti-lock brakes, inertia-reel seat belts, air bags… And now the second decade of the 21st century seems set to show the rise and rise of in-car-connectivity hardware and software – a trend that sees Chevrolet, with MyLink, clearly at the forefront. 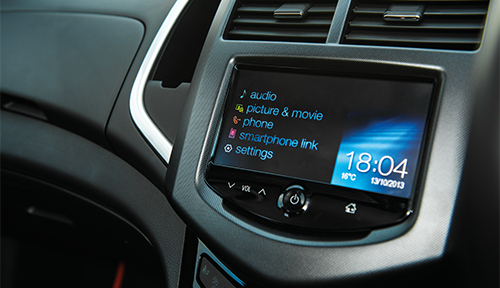