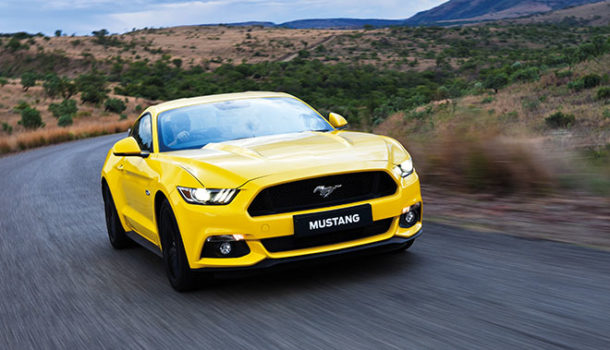 New vehicles are launched regularly, but these two standouts caught our eye

I’ve been testing cars from manufacturers for more than ten years, but never has a model created such a stir and garnered as much attention as the bright yellow (dubbed Triple Yellow) Ford Mustang 5ℓ V8 I drove recently.

It’s a beast, somehow bridging the gap between slick sports car and raw American muscle car. Ford has breathed new life into their icon while retaining much of what Mustang has always stood for since it first growled on to roads, back in 1964.

This new version looks every bit like a Mustang should – dominant, low-slung, powerful, and mean. Few vehicles have a front end that says, ‘this road is mine, and you’re in the way,’ more than a Mustang. And the tail … well, beautiful attention to detail in the lights upholds the marque’s decades-old legacy.

The interior boasts new technology: a large touchscreen from which the entertainment system can be controlled, a voice-control platform, dual-control air-conditioning, suspension and steering setup, and heated or cooled seats. Nothing quite like accelerating from zero to 100 km/h in 4.8 seconds with refreshingly cool air buffeting your rear end!

BMW introduced the M2 Coupe at the Franschhoek Motor Museum in April. Fitting between the M235i and M4 in the corporate model line-up, the compact coupé is fitted with a turbocharged 3.0ℓ six-cylinder engine, developing 272 kWat 6 500 rpm and 465 Nm of torque from 1 400 to 5 560 rpm (500 Nm with overboost).

Claimed performance figures for the seven-speed M-DCT model are 0–100 km/h in 4.3 seconds, a top speed limited to 250 km/h (270 with an optional performance package) and a combined-cycle fuel economy of 7.9 ℓ/100 km. The six-speed manual version’s acceleration and economy figures are pegged at 4.5 sec and8.5 ℓ/100 km, respectively.

Handling was a major consideration owing to the car’s relatively short wheelbase, and an almost-perfect 52/48 front/rear weight distribution was achieved. The car offers various drive modes and out on the test circuit, the M2 provided high levels of grip through the faster sweeps, while in the twistier sections, it responded to steering and accelerator input predictably, providing a thoroughly entertaining drive. 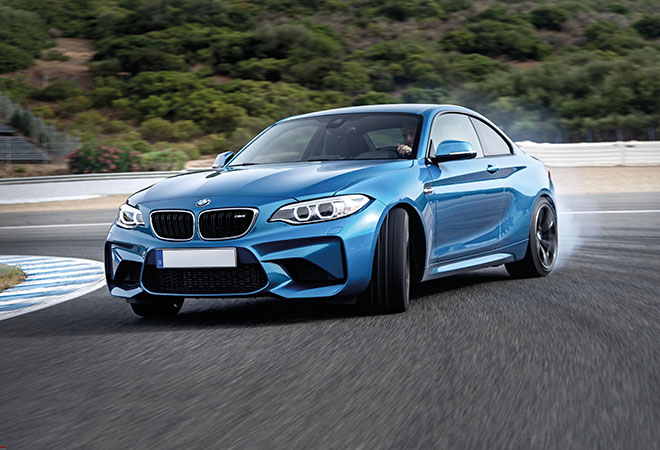