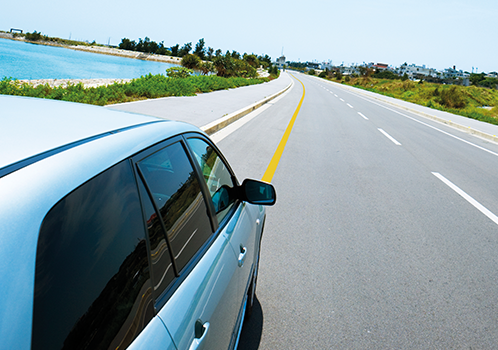 SA is perhaps unique in the way motorists use the shoulder of the road as an extra lane. However, the rules governing the use (and misuse) of this tarmac border appear to be lost on many. Mike Monk explains the ins and outs of yellow-line driving

‘Yellow Lane Driving Not Allowed’. We have all seen the stickers on the backs of big rigs as they trundle along. They are generally driving quite correctly (if not at the maximum speed allowed for the particular stretch of road) with a long tail of speedier – and angrier – vehicles behind them jostling for gaps in oncoming traffic (or, praise be, a stretch of dual carriageway) in order to overtake. Come on, be honest, we have all at some time been first in the queue and thought, ‘Why don’t they just move over?’

Crossing over the yellow line to allow someone faster to overtake has become an unwritten rule of our roads rather than a goodwill gesture, but is this actually correct in these circumstances? Are you obliged to pull over or can you maintain your slow and steady progress with a clear conscience?

So, based just on the points above, there are several aspects to consider. To begin with, yellow-line driving is only permissible in daylight. No surprise really, as the risks are obviously heightened at night. How many times have you read reports of (often fatal) accidents in which cars have crashed into unseen vehicles that were parked or moving slowly, let alone pedestrians being knocked down?

What may come as a surprise to many is the fact that moving on to the shoulder is only permissible on single-lane roads. If you are travelling on a dual or multi-lane carriageway, crossing the yellow line is simply not allowed. This should be common sense but, the ‘out of my way I’m coming through’ attitude of many individuals highlights the generally poor driving standards in South Africa.

Another point is that moving over is only allowed while being overtaken. Vehicles towing caravans often drive over, or straddle, the yellow line so as not to hinder faster moving traffic. On the face of it, this is considerate, but it is not in fact allowed. It’s easy to understand that, when towing, continually checking your rear-view mirror and moving over to let speedier vehicles overtake makes for an uncomfortable journey. But, think about it: if fellow motorists simply bided their time rather than pressurising slower cars to move over, as if this were their right, we would all be much more relaxed on the roads.

It is of course obvious that motorists should at all times avoid potential danger to themselves and others. Besides being good sense, this is also a key element of defensive driving and should therefore be a constant consideration. Sadly, our road-death figures prove otherwise.

Similarly evident, motorists shouldn’t be overtaking in poor visibility, which encompasses not only fading light, but also heavy rain, mist or fog, and when approaching the crest of a hill.

In summary, remember that the AA’s legal eagle describes the hard shoulder across the yellow line as an emergency lane. ‘The only time you are allowed to use it is if you have a real emergency, such as if your car breaks down, if you are rushing to the hospital, or you need to stop immediately in the event of a medical emergency. On a freeway, the emergency lane is reserved for fire engines, emergency-response vehicles, rescue vehicles and ambulances. So, if you need to use it then it needs to be for the same kind of reasons.

It is important for South African motorists to accept that following cars have no right to force those ahead to move across the yellow line to allow overtaking. It may be courteous to move over, but the onus is on you to ensure that it is safe to do so.

Thus, the AA urges all drivers to be more tolerant and patient on our country’s roads and to drive defensively, rather than aggressively. Greater aware-ness of and compliance with the rules governing yellow-line driving will go a long way towards making motoring more pleasurable and – critically – much safer.

It has been suggested that we follow the lead of some countries (such as the US and UK, where there have been pilot projects) and make use of the hard shoulder as an extra lane on suitable roads during peak hours, to help improve the flow of traffic in and out of CBDs and other congested areas. This system can work if commuters are disciplined, but experiments with dedicated bus/taxi lanes in some South African cities suggest we have a long way to go before such an ideal is feasible.

The AA has a dedicated legal team on call to assist members in answering any motoring-related questions about topics affecting them, big or small.

Visit www.aa.co.za and click on Technical Services, then Legal Advice, or call 083 843 22 from a cellphone. 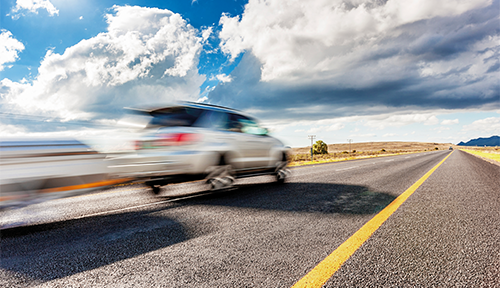