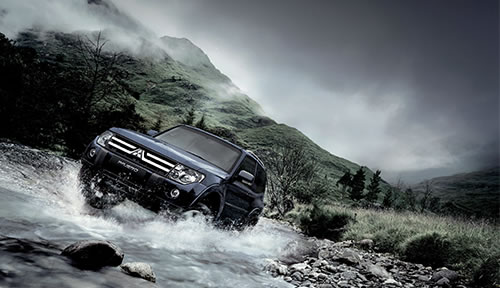 The old-school 44 market is under sustained attack from upstart SUVs. It’s good news then that manufacturers haven’t entirely forgotten the big boys.
By Peter Frost

It hit home the other day that the flourishing SUV market is leaving the ‘pure’ 4×4 sector bruised and battered. I was at the launch of the new Mercedes-Benz GLA, a car as slick and stylish as any boulevard cruiser (it is based on the wildly popular new A-Class), yet equipped with some of Mercedes’ useful off-road gadgetry. The GLA is a perfect representation of industry thinking at the moment, which goes something like this: ‘Give them Everything (with a capital “E”) – the looks, the ease of operation, the comfort, the dual capabilities of road and track – and throw in affordability and reliability too.’

It’s no wonder the big boys are battling to keep up. Jump into a Renault Duster and the threat to conventional 4×4s is as clear as day: technology has brought the back roads to the masses. But there are still toys for the hardcore bundu-bashers out there. As SUVs become ever more capable, these old-timers are upping their game to compete.

Bakkies (single- and double-cab) still form the backbone of the serious 4×4 market in South Africa, despite global trends towards closed cabins. The Toyota Hilux – ruler supreme since 1968 – has, many would argue, been deposed by the astonishing Ford Ranger – a masterful product, the child of Ford’s new world focus as outlined by dynamic CEO Alan Mulally.

The Ford recipe for success is no secret: Ford took Toyota’s reliability, the Koreans’ value for money and a degree of Germanic flare to produce a bakkie that is huge, good-looking and bulletproof. On test in the Kalahari, we threw absolutely everything at it and it never hiccupped, the top-of-the-range 147 kW 3.2 TDCi diesel engine as much a pleasure to use as the slick automatic gearbox and the shunt-free drivetrain. Noticeable too is the quiet. When it comes to silence, the Ranger knocks spots off all the competition, save for the Volkswagen Amarok.

Toyota, however, is not taking Ford’s ascendancy lying down. The Japanese manufacturer has, in turn, announced the release of a special, limited-edition Hilux Dakar (referencing the kudos gained at the famed rally). In truth, most of the Dakar’s special features are cosmetic – stickers, bull bars, smart wheels, running boards – good for the lads at the pub but not much help on the dunes. Thankfully, the latest Hilux is a competent beast anyway, go-harder stripes notwithstanding.

Volkswagen, meanwhile, has quietly upgraded its increasingly popular Amarok with a new eight-speed automatic. It has been four years since the big German first made it to market and doubts about the relatively small 2.0l engine, longer-term reliability and outright ability have been mostly assuaged.

For 2014, it gets a new transmission as well as some superficial changes. The gearbox is a definite boon – excellent at making the most of the Volksie’s slightly peaky torque curve. On the very rough stuff, the lack of low-range capability is incidental – with the diff lock engaged and the off-road ABS and hill-descent functions in place, it can cope with most anything. That it also takes to the N1 like a limousine on stilts is an extra bonus, the reason it’s so loved in the mink-and-manure belt of KwaZulu-Natal.

Isuzu too has recently lifted the covers on an upgrade to its premium bakkie, the much-loved KB. In keeping with current tastes (and in an effort to challenge the Ranger), it is now significantly bigger. Behind the wheel, that innate KBness is evident: a combination of solid steering, excellent suspension balance (comfy with long travel) and durable interiors.

Indeed, the interior is a very fine place to be, smart with brushed-silver surrounds and a smaller steering wheel that is comfortable yet good-looking. Under the bonnet things have improved too. The remapped 3.0l D-TEQ remains a favourite – strong and effortless (and noticeably quieter) – while the all-new 2.4l DOHC petrol engine is a big step up, with more power (112 kW) and a seemingly better spread of torque. New too is Terrain Command, a handy dial on the console, which acts as the 4×4 command centre. And driver-activated rear differential lock now comes as standard equipment.

Not to be left behind, Nissan has re-energised its hugely capable Navara, with limited-edition contender Safari. In tests across the Waterberg, the Safari distinguished itself as far more than just a different badge. Bigger off-road tyres, side rock-sliders, underbody protection panels and a detachable towbar are all very useful additions, as are the rather  in-your-face KC spotlights up front. And, just to make sure the message of tough-at-all-costs is heard loud and clear, canvas seat covers and branded carpets are standard.

On a test drive out in the veld, almost nothing about this bakkie is bad. The fuel usage on the – admittedly eye-wateringly expensive (R496 000) – automatic 2.5 dCi double-cab is excellent, the gearbox is silky smooth, that 2.5l diesel could pull a bull elephant out of a waterhole and the interior is quiet and luxurious.

And, finally is a new offering many competitors desperately hoped wouldn’t make it to market – the Toyota Land Cruiser double-cab. For years, the Land Cruiser has been the uncontested king of the rough, and bakkie-mad South Africans won’t be disappointed.

While most of the attention has been concentrated on the back half, there are a few notable changes up front and under the bonnet too. Disc brakes are now standard all-round (at long last) and the 180l fuel capacity is welcome, more for the 4.0l petrol unit than for the very economical, utterly wonderful 4.2l diesel mill. There is also (gasp) central locking, a tilting steering wheel – even on-board satnav, a stereo system and a USB port. On the road, the big diesel is a marvel, old school and contemporary at the same time, gruff but responsive, comfortable and aloof (it’s easily the highest cab in the business). Off-road, it feels like its reputation – invincible – with various high and low ratios on offer, engaged with a strong left leg and a satisfying, meaty ‘thunk’.

Compared to traditional bakkies, the market for serious closed-cabin 4×4s has been far quieter, with fewer new arrivals. Soldiering on are the Jeep Wrangler, Land Rover Defender and Mitsubishi Pajero. Rumours of the Defender’s imminent demise will puzzle the faithful, but, alas – like the Mark I VW Golf – it cannot go on for much longer under the harsh gaze of ever-stricter emissions and safety regulations, so buy one now while you still can.

If the Defender is the past, then the Range Rover and its siblings the Sport and Discovery are the future, albeit an expensive one. And, make no mistake, all three of them are supremely capable, serious off-roaders – the Sport and Discovery slightly cheaper with fewer features than the top-end Range Rover, but no less able. In a rising Okavango, the Discovery showed its astonishing abilities, regularly wading up to the side mirrors. That all the off-road wizardry – and there is a library’s worth – is hidden, or at least confined to a central console knob and high-definition display, will either unnerve or pacify, depending on the driver.

The Pajero too is moving with the times and has had a substantial make-over. It is now as good on the tar as it has always been off-road. The cabin has also been restyled, the new passenger cell demonstrably a quieter, stronger, better appointed place.

But, ultimately, the most impressive contender in the closed 4×4 segment is the Mercedes-Benz G-Class, which was introduced back in 1979. A recent substantial upgrade saw it receiving many of the marque’s safety advances, which, when added to its considerable natural abilities (two-speed transfer case, seven-speed automatic transmission and three sequentially locking differentials) make it peerless. There is only one problem – the R1 million-plus price tag for the base model V6 diesel.

That the gap between capable sport utility vehicles and the ‘real’ four-wheel drives is shrinking doesn’t much matter to anyone except a few fanatics. In the end, the greater affordability and more advanced technology offered by SUVs will see the 4×4 sector shrink, but it will never die. For as long as South Africans dream of exploring vast, empty landscapes, there will always be rugged off-roaders to carry them there.

Three of the best 4×4 trails

A regular winner in various trail lists, Tierkloof can’t be beaten for sheer drama. Situated between Rawsonville and Villiersdorp in the Western Cape, it quite literally climbs up the side of the mountain. It’s mad, huge fun and entirely safe. At Bloukop on top, the views are breathtaking – 360º vistas with sight lines all the way to Worcester and the Brandvlei Dam. Accommodation is in a well-run camping site.

Set on a private game farm in the Waterberg, you will find a whole collection of hiking, biking and 4×4 trails. There are three 4×4 routes: three hours, one hour and half an hour. The shortest trail is the most technical, while the three-hour drive is the easiest, family-friendly option. Expect river crossings (lots of them) on all trails and some rocky inclines. Serendipity’s accommodation options are many and varied, from a lodge to rustic bush camps. We recommend the Bundu Tree House, just for the fun of it. Plus, it’s set in the no-noise zone, so there are no quad louts to ruin the bush chorus.

Few parts of South Africa are as surprising as Witsand, near Postmasburg, if only because of the white dunes in an ostensibly red-dune Kalahari environment. Having said that, this trail close to Witsand is a mostly red-sand route. The trick is to stay at the reserve with its wonderful cottages and drive through to the Kalahari Seekoeibaard Sand Route. It is a tough nut, extremely steep in places as it winds around Boegoeberg Dam with its high dam wall and delivering challenging river-sand driving. Booking is through Witsand Kalahari Nature Reserve. 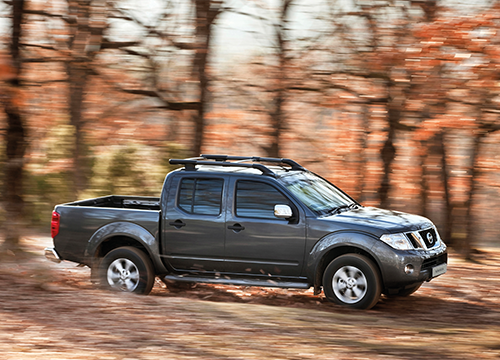 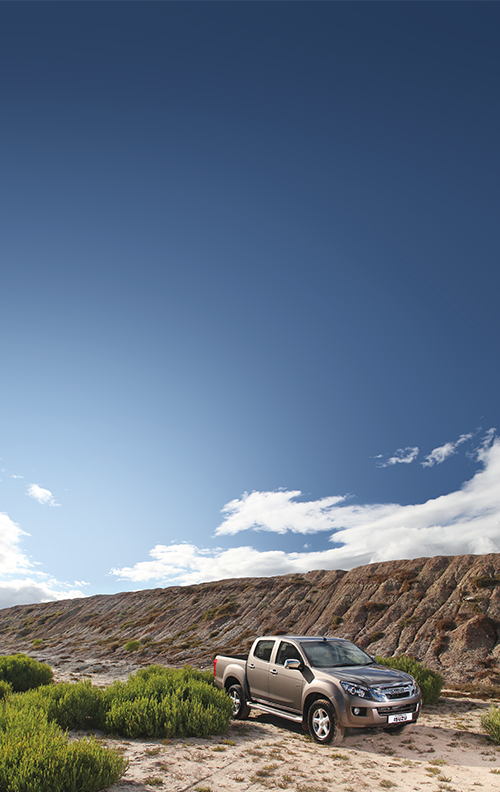 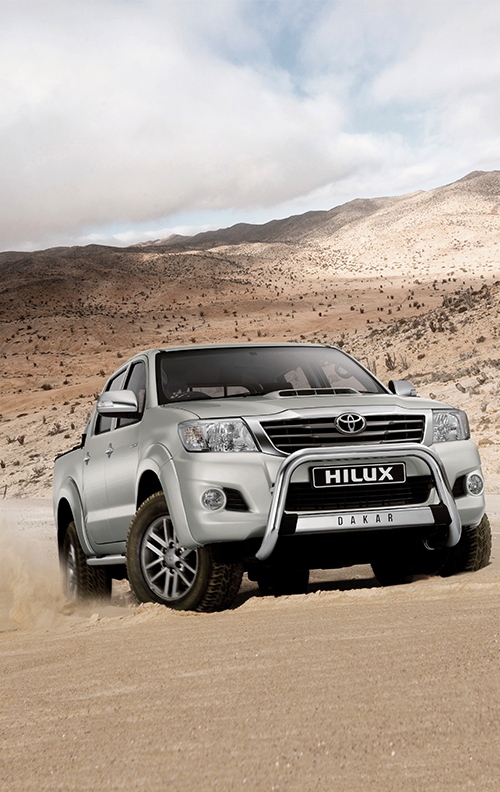