Peugeot has many reasons to be proud of the 308, but one probably stands out: it was, until very recently, the reigning European Car of the Year, as selected by a 58-strong group of automotive journalists from no fewer than 22 European countries. With a score of 307 points – versus the 223 of the runner-up – the Peugeot was definitely the standout car in the competition. All in all, the 308 has won more than 30 awards, including Car of the Year crowns in three European countries. As respected local title CAR  put it when handing Peugeot management even more silverware: ‘With classy styling, a quality interior and two excellent new-generation turbo-petrol engine options that offer terrific fuel economy, this Peugeot measures up to its Teutonic rivals. The chic C-segment sophistication is the best offering in Peugeot’s line-up.’

More remarkable, perhaps, is the fact that the 308’s predecessor, the 307, was also Europe’s Car of the Year in its day, confirming that excellence is something of a family trait.

But the car market has changed a lot since then, and buyers of C-segment hatchbacks have very high expectations, especially in terms of quality. Peugeot has been happy to oblige. Quality was one of the main cornerstones of the 308 project, and deeply embedded in the work performed by every team at every design stage.

Quality is one thing, safety is another. But there’s no concern here either, and the 308 achieved the maximum score of five stars in the Euro NCAP tests.

With individual scores of five stars in all four categories (adult protection, child protection, pedestrian protection and safety assist), peace of mind is a given.

Then there’s the cabin. Not only is the ambience upmarket, but intuitive ergonomics and tactile quality reduce the stress of driving. Peugeot calls it the i-Cockpit, and mirroring a design trend first introduced by the 208 and 2008, the 308’s ergonomic layout combines a small-diameter steering wheel with an elevated instrument binnacle, allowing an unencumbered view of the road and the key instrumentation.

The result is a small-capacity engine – dubbed PureTech – with compact dimensions and low mass that emulates the power and torque of a much larger, more conventional and less efficient one, while achieving clear benefits as far as reduced exhaust emissions and lower fuel consumption are concerned.

‘The arrival of the new-generation Peugeot 308 in South Africa represents a quantum leap for the brand in the highly competitive C-segment hatchback market,’ explains Francis Harnie, managing director of Peugeot South Africa. 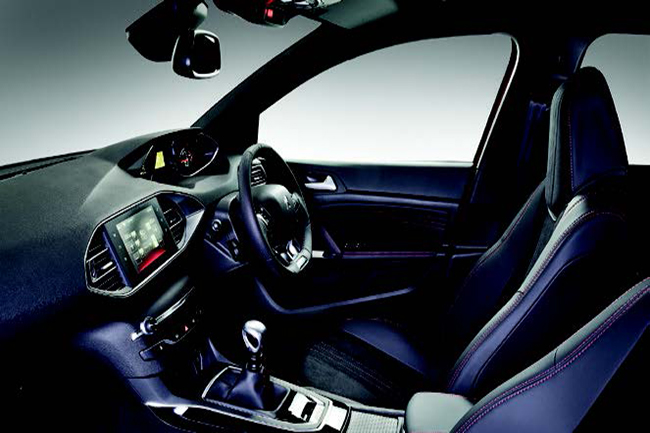 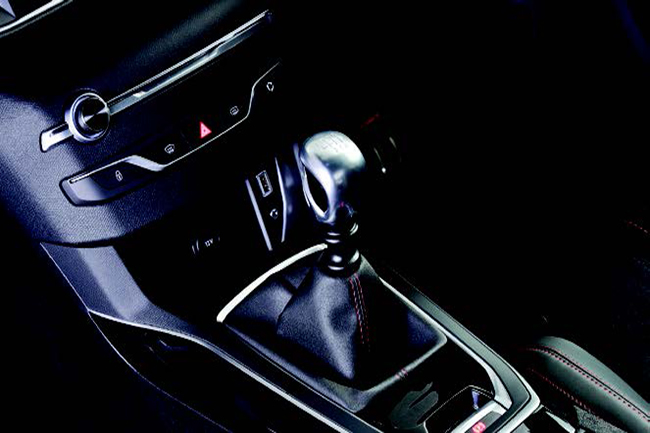